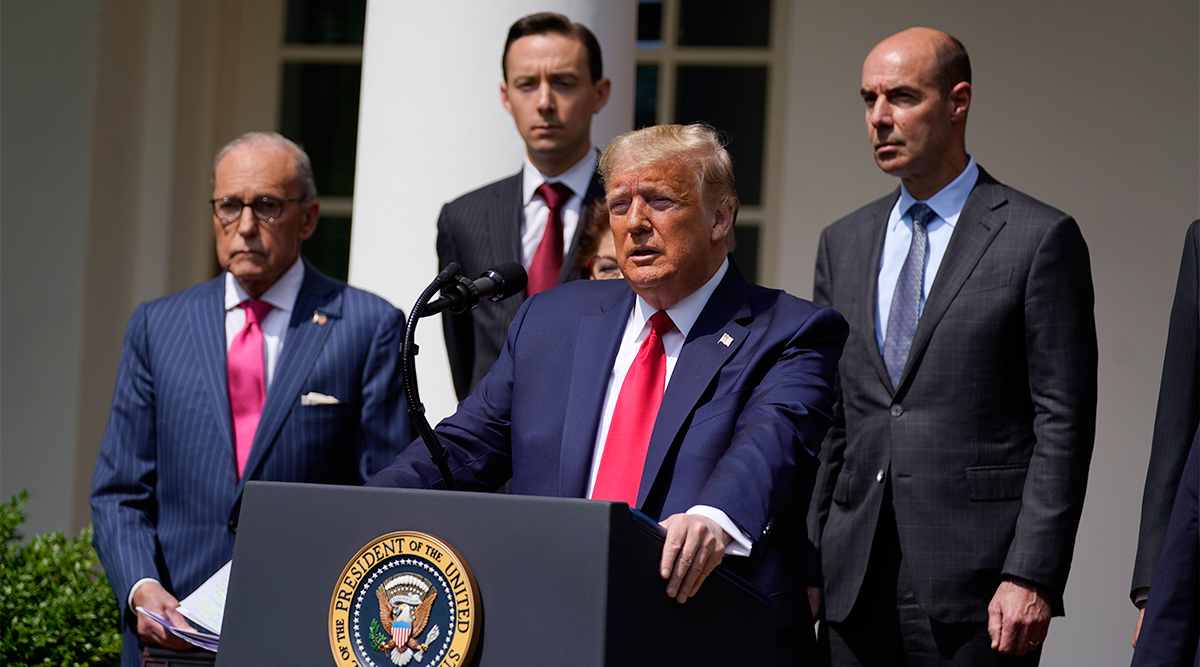 “We’ll be going for a payroll tax cut; we think that’ll be incredible in terms of what we’re doing because again we’re going to be bigger, stronger, better than we ever were,” Trump said in remarks at the White House to celebrate the jobs report.

“We’ll be asking for additional stimulus money, because once we get this going it’ll be far bigger and far better than we’ve ever seen in this country, that includes as of three or four months ago,” he said.

A Senate GOP aide said that the jobs numbers demonstrate that any future relief bill should be focused on steps to get the economy reopened rather than the stimulus spending proposed by Democrats. Trump administration officials increasingly expect to spend up to $1 trillion on the next round of relief, a figure that has the agreement of Senate Majority Leader Mitch McConnell.

Democrats and many Republicans are skeptical of a payroll tax cut, which they note would do nothing for Americans out of work. Trump, who has been promoting the idea for months, argues that it would encourage businesses to add employees.

“It’s going to be a tremendous incentive for businesses,” he said.

Payroll taxes — the 6.2% levy on wage income up to $137,700 that finances Social Security — are paid by the vast majority of American workers. Employers pay an additional 6.2% tax for their employees. But the millions of people who have lost their jobs wouldn’t get a direct benefit, and many economists say a payroll tax cut likely isn’t enough by itself to bolster consumer spending — a prime driver of the economy — and spur companies to begin rehiring.

Richard Neal, the chairman of the House Ways and Means Committee, said that despite the jobs report, the U.S. still needs to extend expanded unemployment insurance, which is due to run out at the end of July.

“An extraordinary number of Americans remain out of work, and the virus continues to plague our nation — this extension is still sorely needed to strengthen our economy and ensure that people who are not yet able to return to work safely and are struggling can at least manage to afford essentials as the crisis persists,” Neal said in an emailed statement.

Senate Republicans argued the jobs report justifies their wait-and-see approach to more stimulus as more data comes in on the recovery.

“The jobs report underscores why Congress should take a thoughtful approach and not rush to pass expensive legislation paid for with more debt before gaining a better understanding of the economic condition of the country,” said Michael Zona, a spokesman for Senate Finance Chairman Chuck Grassley (R-Iowa).

“Chairman Grassley will work with his colleagues on any potential further coronavirus response legislation if it becomes necessary,” Zona added. “It’s too early to say what that legislation might encompass. It would need to address any ongoing problems in an effective manner and encourage further job growth.”