Trump Administration Moves to Block Chinese Airlines From US 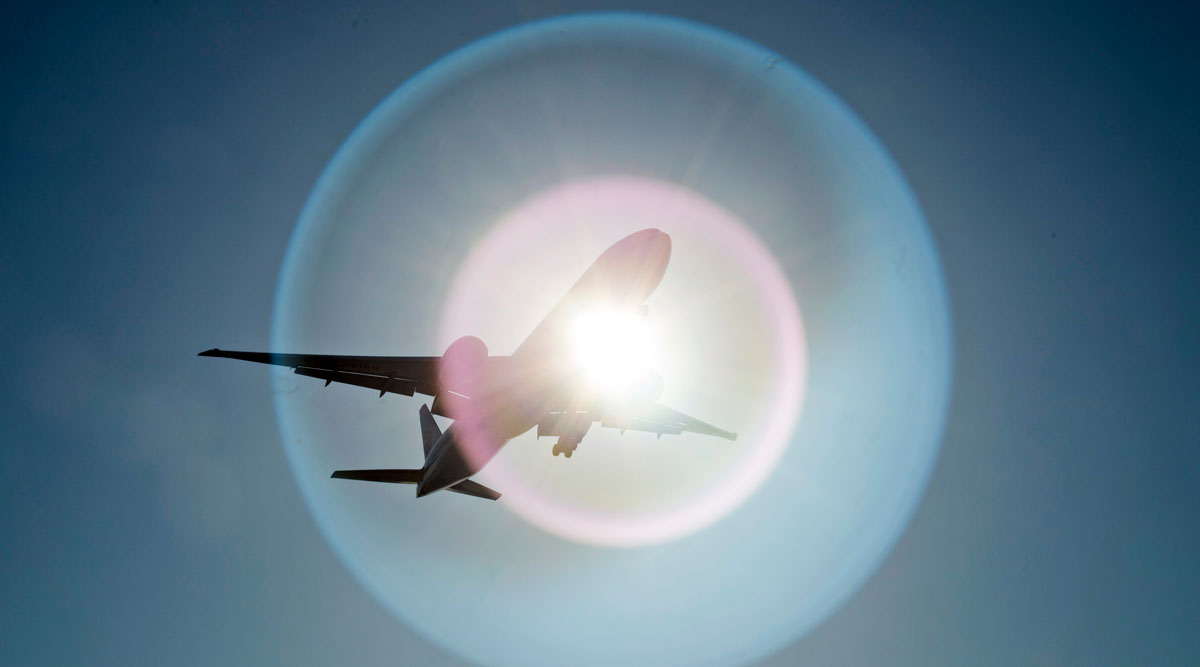 A Southern China Airlines flight passes in front of the sun on March 18. (Jonathan Hayward/The Canadian Press via AP)

The Trump administration moved June 3 to block Chinese airlines from flying to the U.S. in an escalation of trade and travel tensions between the countries.

The Transportation Department said it would suspend passenger flights of four Chinese airlines to and from the United States starting June 16.

The decision was in response to China’s failure to let United Airlines and Delta Air Lines resume flights to China this month. The airlines suspended those flights earlier this year in response to the coronavirus pandemic that started in China’s Wuhan province.

The Transportation Department said that China was violating an agreement between the countries covering flights by each other’s airlines.

“The department will continue to engage our Chinese counterparts so both U.S. and Chinese carriers can fully exercise their bilateral rights,” the agency said in a statement. “In the meantime, we will allow Chinese carriers to operate the same number of scheduled passenger flights as the Chinese government allows ours.”

The department said President Donald Trump could put the order into effect before June 16. The administration had hinted at the June 3 move last month, when it protested to Chinese authorities that Beijing was preventing U.S. airlines from competing fairly against Chinese carriers.

Before the pandemic, there were about 325 passenger flights a week between the United States and China, including ones operated by United, Delta and American Airlines. While U.S. carriers stopped their flights, Chinese airlines continued to fly about 20 times a week between the two countries by mid-February and increased that to 34 flights a week by mid-March, according to the Transportation Department.

United and Delta announced last month that they hoped to resume flights to China in June, as air travel has recovered slightly since mid-April. American Airlines’ schedule shows flights resuming in October; it has not announced any plans to restart service sooner.

“We support and appreciate the U.S. government’s actions to enforce our rights and ensure fairness,” Delta spokeswoman Lisa Hanna said.

United Airlines spokesman Frank Benenati said, “We look forward to resuming passenger service between the United States and China when the regulatory environment allows us to do so.”

Messages to a spokesperson in China’s embassy in Washington were not immediately returned, and efforts to reach the person by phone were unsuccessful.

As the administration moved against the airlines, it also stepped up its criticism of China on the 31st anniversary of the deadly crackdown on pro-democracy protesters in Beijing’s Tiananmen Square.

Secretary of State Mike Pompeo tweeted out a photograph of him meeting June 2 with several survivors of the crackdown. Shortly after that, the State Department released a statement saying Pompeo was honored to meet the four dissidents, whom it called “brave participants in the heroic protests for democracy that were brutally put down by the Chinese Communist Party on June 4, 1989.”