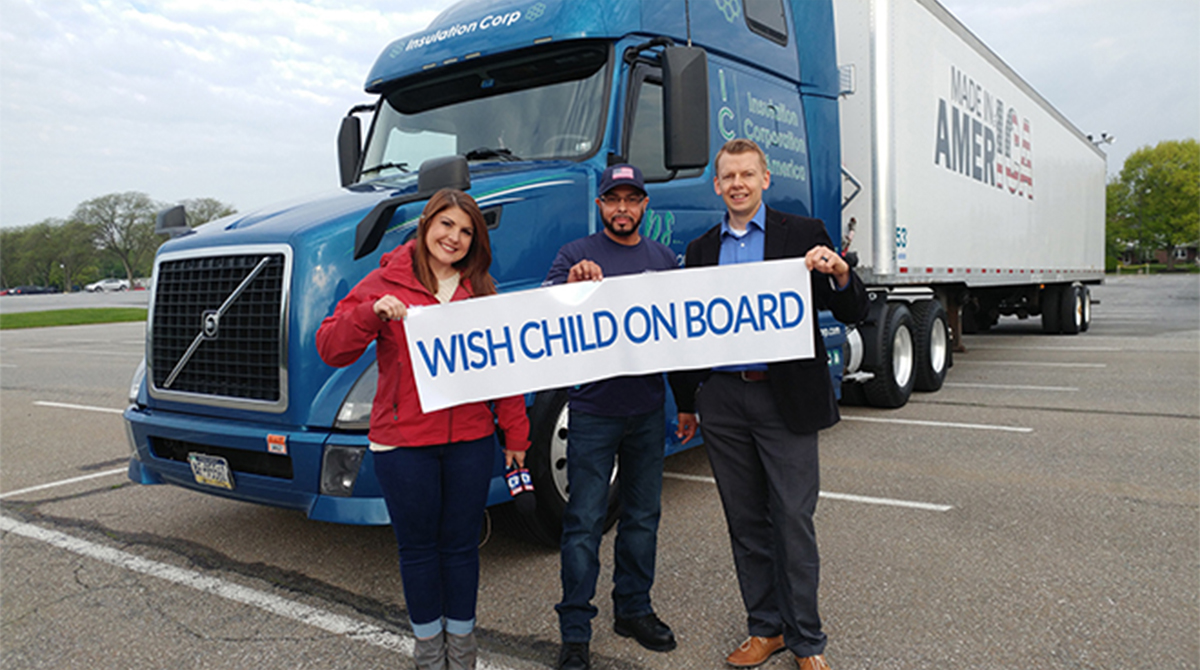 More than 530 truck drivers and their tractor-trailer rigs converged on Lancaster, Pa., on May 13 for the 29th Annual Mother’s Day Truck Convoy to raise money for Make-A-Wish Philadelphia, Delaware & Susquehanna Valley.

Organizers set a goal of raising $500,000 and to grant wishes to 50 children living in the area.

Among those who participated in the convoy was Santiago Gonzalez, a driver for Insulation Corporation of America in Allentown, Pa. His goal was to raise $2,500 in honor of his autistic grandson.

“It doesn’t surprise us at all that Santiago wants to participate in the Make-A-Wish Convoy,” ICA Vice President Sandy Posocco said in a blog posting May 7, recalling a day recently when Gonzalez surprised his colleagues with pizza for lunch.

“His seemingly simple acts of kindness have inspired us all here at ICA,” Posocco said.

ICA manufactures expanded polystyrene insulation and operates a small fleet of delivery trucks that run throughout the Northeast region.

Other companies that have supported the convoy for many years include: Kunzler & Co., a producer of deli meats in Lancaster; Snavely’s Mill Inc., a company based in Lititz, Pa., that produces flour and operates a fleet of 22 tractors and 47 trailers; GFI Transport, a bulk and dry van carrier based in Mount Joy, Pa., and RoadPro Family of Brands, a company that sells vehicle parts and accessories, headsets and other electronics gear, and apparel for truck drivers and is an operating unit of Das Companies Inc. in Palmyra, Pa.

“We are a company that is driven by stewardship,” said Kim McDonnell, senior marketing content and community specialist at Das. “We donate to many special organizations, several that support the truck driving community.”

For the Mother’s Day Truck Convoy, Das donated $25,000 to Make-A-Wish and provided a prize backpack to each driver and child who participates in the event.

“Henry Albert, a member of our RoadPro Council, has donated his RoadPro Rewards points to the convoy, and we also have another driver in the event that will drive the RoadPro rig,” McDonnell said. “This is a great event, and we enjoy meeting the drivers that participate and listening to what the event means to them.”

Ben Lee, regional director for Make-A-Wish, said the truck convoy is one of several similar fundraisers around the country, but the event in Lancaster is the first and largest of its kind. 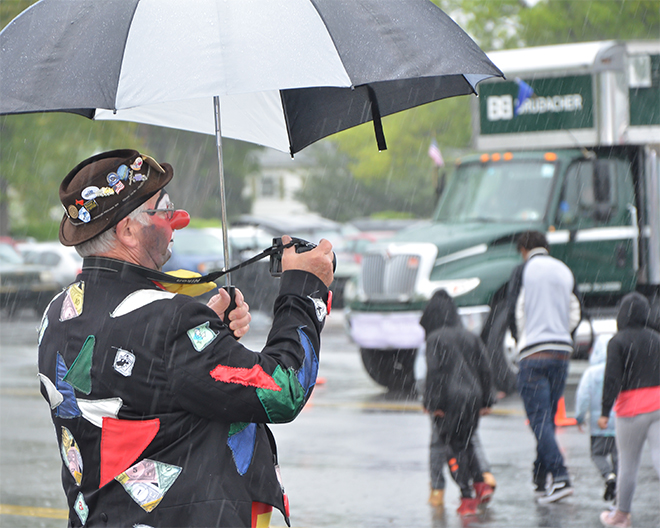 Rain didn't dampen the enthusiasm at the event. (Make-A-Wish)

The Make-A-Wish Mother’s Day Truck Convoy began in 1990 when a child, Matt, had his wish granted to ride in an 18-wheeler and talk to his sister via CB radio. On the day of Matt’s wish, over 40 trucks arrived to make his wish a reality.

In 2003 and 2004, the Convoy set the Guinness World Record for “The World’s Longest Truck Convoy” with 391 trucks participating. The Convoy lost the title in late 2004 to a trucking event in the Netherlands before gaining it back in 2016 with over 595 trucks participating in the event.

An overhead view of the event. (Make-A-Wish)

The event begins with a carnival-like production with food, games, music and costumed characters in Burle Business Park, followed by a parade of trucks with police and fire units acting as escorts and traveling a 26-mile loop around Lancaster with hundreds of kids and spectators cheering along the route.

A total of 125 wish kids were set to ride along with drivers this year.

The local Make-A-Wish chapter has granted over 6,300 wishes since 1986 and is part of a national Make-A-Wish organization that serves children in every community in the United States and its territories.