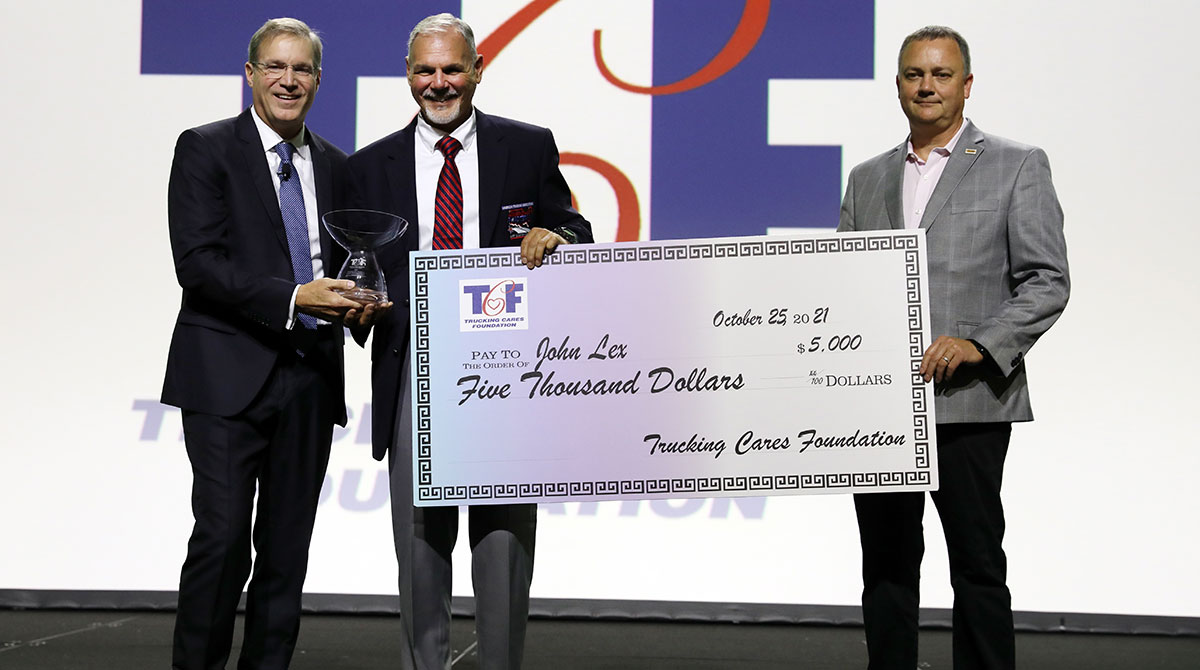 A philanthropic effort of American Trucking Associations that works to help those in need is now turning attention to a challenge confronting the industry itself — workforce development.

The Trucking Cares Foundation, which ATA launched in 2018 as an initiative through which the industry could offer humanitarian assistance and recognize individuals and groups who step in to provide it, is exploring ways it can help remedy the extended shortage of truck drivers, technicians and warehouse workers in transportation.

“This workforce development issue has been with us long before the pandemic,” ATA President Chris Spear told Transport Topics. “We came into COVID with a shortage of 61,500 drivers. A shortage of technicians, dockworkers, too. But drivers, particularly. And then exiting this pandemic, the driver shortage has been inflated to 80,000. Now you are seeing that across all sectors of the economy that are short on talent. We are no exception.”

Spear noted TCF relies on donations to help it achieve its goals, and believes givers’ outlooks may have shifted over the past year and a half.

“As we emerge from this pandemic, people are beginning to reset their priorities for giving,” Spear said. “Our objective is to make sure TCF is squarely in front of them for their decisions. This is very important to grow.”

TCF said donations for its workforce initiative will fund established and emerging programs that advance education, vocational training and scholarship programs as well as research to help solve this immediate and long-term challenge.

The foundation also seeks to mobilize federal, state and local public and private resources to recruit, fund and develop untapped talent, engage in joint career-building initiatives in urban, suburban and rural locations, and strengthen strategic alliances that can have a measurable impact on workforce development.

“The recently enacted infrastructure bill included the DRIVE-Safe Act element, that teaches 18- to 20-year-olds how to responsibly and safely operate this equipment,” he said.

“The traditional well of talent from Midwestern farms, that kind of thing, has dried up over the years,” he said. “So, looking to expand our outreach efforts in any way we can to identify new talent is something we are interested in.”

In addition, TCF has these areas on its agenda: 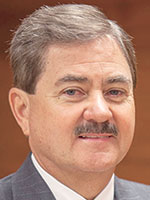 Foundation Chairman Phil Byrd noted the group’s founding provided a way to focus trucking’s philanthropic efforts. Previously, he said, trucking was not being credited for “its great generosity in meeting the needs of America far beyond our normal work of delivering America’s goods every day.”

Byrd is president and CEO of Bulldog Hiway Express, a unit of Daseke Inc.

The foundation, he said, aims to steer those in the industry to support a corporate foundation for trucking “so that we collectively increase our power, force and ability to serve.” Lynch added he sees TCF becoming a clearinghouse for the industry’s charitable works to advance public understanding of the essential nature of trucking.

“When they get water or blankets or food after a natural disaster, they think of us,” Spear noted. “If somebody is saved from the depths of [human] trafficking, they think of us as playing a role in that. These are the things that are very important and shape one’s understanding of our industry.”

TCF also has underway an effort to attract more large donors, although contributions from one and all are welcome, said Byrd.

“We have a push on through the end of the year for the newly announced Founders Club,” he said. The Founders Club is a program open to those donating $100,000, payable over 10 years or sooner. The initiative honors current and former members of the industry, he said. A portion of ATA’s new headquarters building, which is nearing completion in downtown Washington, D.C., will be dedicated to honor those donors — currently UPS Inc., Cummins Inc. and two former ATA chairmen: Tommy Hodges and Charles “Shorty” Whittington.

Hodges is chairman of Titan Transfer Inc., which offers truckload carrier services, as well as warehousing options through its sister company, Goggin Warehousing.

Whittington is the founder and former CEO of Grammer Industries, which specializes in the transport of anhydrous ammonia, liquefied petroleum gases, carbon dioxide, nitric acid and other bulk hazardous materials and liquids.

Lynch said one donor to the foundation has agreed to match all donations through the end of the year, up to $100,000. Lynch is awaiting confirmation for one more donor for the Founders Club.

UPS ranks No. 1 on the Transport Topics Top 100 list of the largest for-hire carriers in North America. Cummins is the leading independent supplier of Class 8 engines to the North American market, according to WardsAuto.com

In October, TCF presented its Premier Achievement Award and a $5,000 check to John Lex, a professional driver with Walmart Transportation, during ATA’s annual Management Conference & Exhibition in Nashville. The award is presented to an individual or company that exemplifies trucking’s spirit of giving.

A longtime ambassador for the industry, Lex was named an America’s Road Team Captain in 2013, and in 2016 won the Mike Russell Trucking Image Award. He has 3.1 million miles of accident-free driving.

Spear noted TCF is not meant to work apart from other ATA efforts, including its Trucking Moves America Forward image campaign and research efforts from the American Transportation Research Institute. .

“TCF is a vital part of that,” Spear said. “It’s the goodwill and giving side of the industry we obviously need to elevate.”