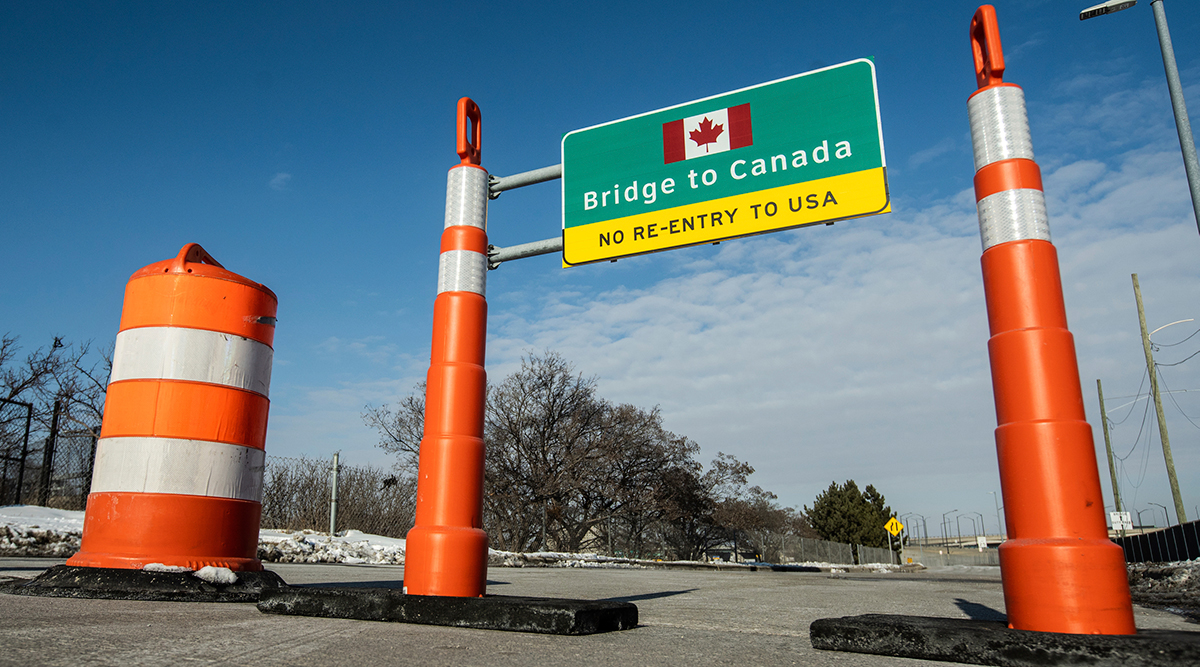 TORONTO — A rapidly growing list of Canadian provinces moved to lift their COVID-19 restrictions as protesters decrying virus precautions kept up the pressure with truck blockades Feb. 9 in the capital and at key U.S. border crossings, including the economically vital bridge to Detroit.

Alberta, Saskatchewan, Quebec and Prince Edward Island announced plans this week to roll back some or all measures, with Alberta, Canada’s most conservative province, dropping its vaccine passport for places such as restaurants immediately and getting rid of masks at the end of the month.

Protesters have been blocking the border crossing at Coutts, Alberta, for more than a week and a half. About 50 trucks remained there Feb. 9.

And a blockade by people mostly in pickup trucks entered its third day at the Ambassador Bridge between Detroit and Windsor, Ontario. Traffic was prevented from entering Canada, while some U.S.-bound traffic was still moving. 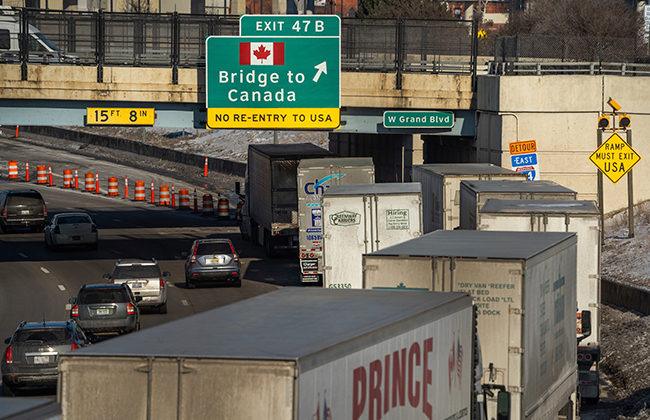 Trucks line up along northbound I-75 in Detroit as the Ambassador Bridge entrance is blocked off for travel to Canada on Feb. 8. (Ryan Garza/Detroit Free Press via Associated Press)

The bridge carries 25% of all trade between Canada and the U.S., and Canadian lawmakers expressed increasing worry about the economic effects.

Windsor Mayor Drew Dilkens said police had not removed people for fear of inflaming the situation and causing a larger protest. Police said the demonstration involved 50 to 74 vehicles and about 100 protesters.

“When this bridge is closed for an hour, the auto sector notices,” Dilkens said, referring to the auto industry in and around Windsor and Detroit. “When it is closed for a number of days, people start demanding action, and we hear you. We’re not going to let this happen for a prolonged period of time.”

Some of the protesters say they are willing to die for their cause, he said.

“I’ll be brutally honest: You are trying to have a rational conversation and not everyone on the ground is a rational actor,” the mayor said. “Police are doing what is right by taking a moderate approach, trying to sensibly work through this situation where everyone can walk away, nobody gets hurt, and the bridge can open.”

Some demonstrators are protesting a rule that took effect Jan. 15 requiring truckers entering Canada to be fully immunized against the coronavirus. But the protests have also encompassed grievances about masks and other COVID-19 restrictions and a hatred of Prime Minister Justin Trudeau.

Protesters have been calling for the removal of his government, although most of the restrictive measures were put in place by provincial governments.

Pandemic restrictions have been far stricter in Canada than in the U.S., but Canadians have largely supported them. Canada’s COVID-19 death rate is one-third that of the U.S.

“We’re all tired, yes, we’re all frustrated, but we continue to be there for each other. We continue to know that science and public health rules and guidance is the best way through this pandemic,” Trudeau said on Ottawa’s Parliament Hill.

Despite Alberta’s plans to scrap the public health measures, the protest there continued.

“We’re here for the big picture. It started with the border thing, it started with Trudeau, and until Trudeau moves, we don’t move,” said John Vanreeuwyk, a feedlot operator from Coaldale, Alberta.

About 90% of truckers in Canada are vaccinated, and trucker associations and many big-rig operators have denounced the protests. The U.S. has the same vaccination rule for truckers entering the country, so it would make little difference if Trudeau lifted the restriction.

“The protests in Ottawa, Canada and the Ambassador Bridge are less and less about vaccines and more and more about political extremism and desires to disrupt the Canadian government and economy (done with external radical influences and money),” Bruce Heyman, a former U.S. Ambassador to Canada, tweeted.

The impasse in Alberta has stranded travelers and cross-border truckers, disrupted millions of dollars in trade and impeded access to basic goods and medical services for area residents.

“We’ve got guys here — they’ve lost everything due to these mandates and they’re not giving up and they’re willing to stand their ground and keep going until this is done,” Vanreeuwyk said.