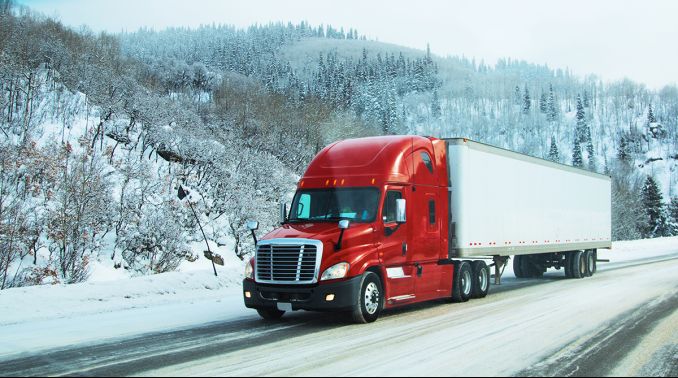 Trucking closed the tumultuous year of 2020 on an upswing, as truck tonnage in December rose a seasonally adjusted 2.3% year-over-year and jumped 7.4% compared with November in the strongest month-over-month gain since summer, American Trucking Associations reported.

“Tonnage ended last year on a high note,” ATA Chief Economist Bob Costello said Jan. 19. “The index not only registered the largest monthly gain since June, but it also had the first year-over-year increase since March.”

Costello noted that November’s earlier announced monthly gain of 3.7% was revised down slightly to 3.2%.

ATA calculates the index based on surveys from its membership.

Costello noted that freight continues to be helped by strong consumption, retail inventory restocking and robust single-family home construction. He also sees the recent federal stimulus effort as a positive for the industry.

“With the stimulus checks recently issued and with a strong possibility of more in the near future, I would expect truck freight to continue rising,” he said.

Other analysts are similarly optimistic about the infusion of stimulus money into the economy.

“Now we’ve got some more stimulus in people’s pockets,” said Tim Denoyer, vice president and senior analyst at ACT Research, in an interview with Transport Topics. “I think that’s going to support demand in the near-term, with the $600 checks going out.”

“We are a little concerned on the consumer side, but we have stimulus coming that ought to — at least in the near-term — bolster that,” added Avery Vise, vice president of trucking at data tracking firm FTR, in an interview with TT.

Both Vise and Costello are optimistic the overall U.S. economy will improve as more Americans receive the COVID-19 vaccine. President Joe Biden has said he wants 100 million Americans vaccinated within the first 100 days of him taking office, which would be in late April.

“We see solid growth this year, with the understanding the pandemic is an enormous X factor in all of that,” Vise said. “We saw job loss in December, but it was squarely in the sector of the economy that is being damaged by the pandemic — leisure and hospitality.”

According to the Department of Labor’s weekly report, released Jan. 21, 5.1 million Americans are receiving jobless benefits, down from 5.2 million the previous week.

Analysts also are keeping an eye on retail indicators.

“Another thing we’re watching is inventories,” Vise said. “They’ve been lean in retail, but the real decline there — the real leanness — has been in the automotive sector. And if you look at retail excluding automotive, they’re not nearly as lean. That, potentially, opens the door to swing in the other direction; if we do get a decline in consumer spending.”

Meanwhile, holiday returns are keeping the supply chain busy, said Ken Adamo, chief of analytics at DAT Solutions. “Customarily the first two weeks of January are still dominated by returns. That has stretched recently. We still see artifacts of returns extending into February in typical freight years.” He added, “I think extended return policies — e-commerce itself — tends to elongate out some of that.”

Despite the roller coaster year that just concluded, Costello credited trucking for finding a way through.

“Because of the pandemic, 2020 was obviously a very challenging year for the economy overall, and that is reflecting in the tonnage index’s dip from the previous year,” Costello noted. “Despite that, truck tonnage clearly outperformed the broader economy as freight continued to move in the face of myriad COVID-related challenges faced by the country.”