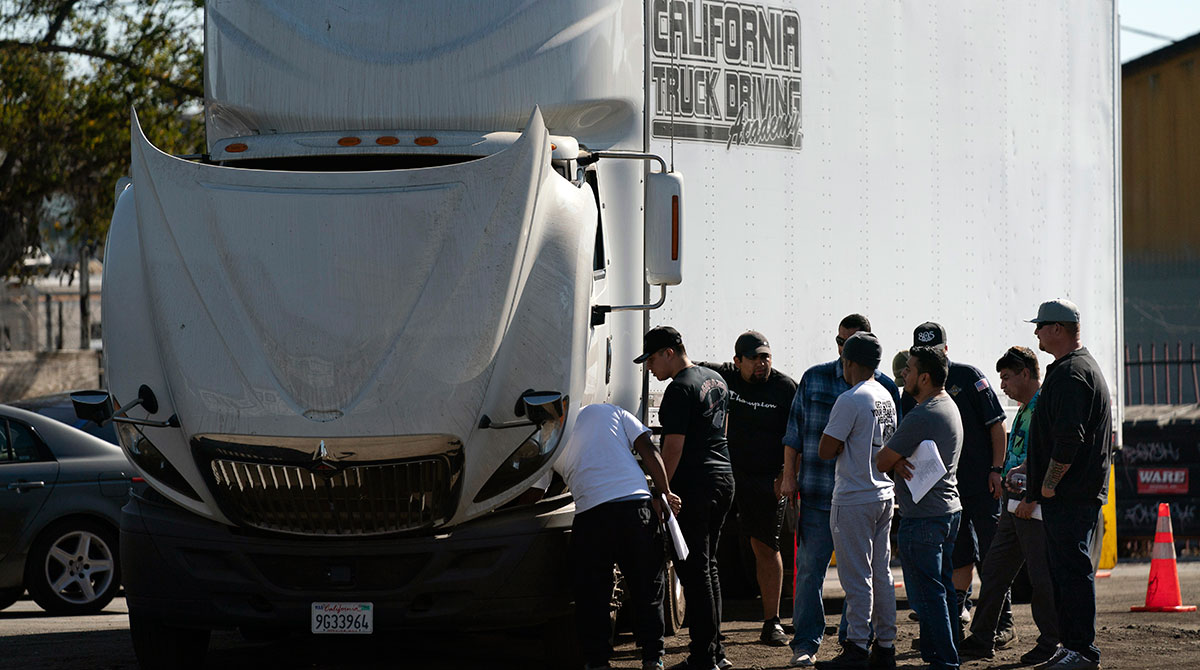 INGLEWOOD, Calif. — On a recent afternoon, Tina Singh watched nearly a dozen students at a suburban Los Angeles truck driving school backing up their practice big rigs into parking spaces. Many had never operated a manual transmission before.

“It’s an exciting time to be a truck driver right now because there’s so much demand for drivers,” said Singh, the school’s director. “Our yards are busy, and they’re very vibrant with a lot of activity.”

Business is booming at the California Truck Driving Academy amid a nationwide shortage of longhaul drivers that has led to promises of high pay and instant job offers. The Inglewood school has seen annual enrollment grow by almost 20% since last year, and has expanded to offering night classes. 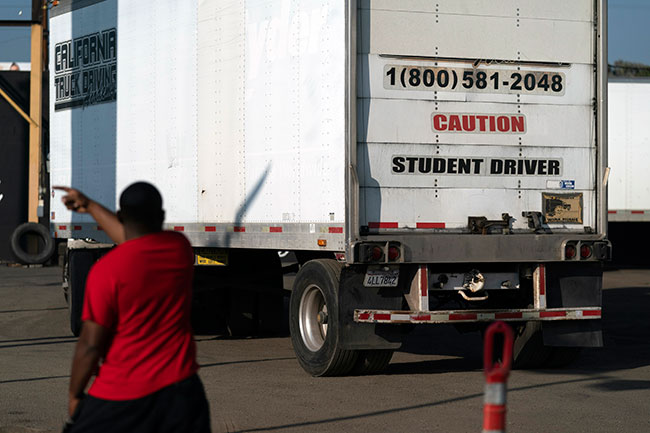 “Everything in this country runs by truck at some point or another,” Singh said. “And so, you know, you need truck drivers to move goods.”

The U.S. is about 80,000 drivers short due to a convergence of factors, according to Nick Vyas, executive director of the University of Southern California’s Marshall Center for Global Supply Chain Management.

Consumer spending is 15% above where it was in February 2020, just before the pandemic paralyzed the economy. Production rose nearly 5% over the past year as U.S. factories worked to keep up with an increased demand for goods, according to the Federal Reserve. Imports have narrowed the gap.

At the same time, many U.S. workers decided to quit jobs that required frequent public contact. This created shortages of workers to unload ships, transport goods and staff retail shops.

In California, the straining supply chain is illustrated at the ports of Los Angeles and Long Beach, where dozens of ships wait off the coast to be unloaded. The average wait is nearly 17 days, despite around-the-clock port operations beginning in October. 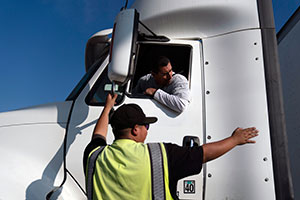 A lack of drivers at the ports has helped fuel the surge at the nearby California Truck Driving Academy, where instructors in reflective vests keep watch as students steer semis around a fenced-in paved lot.

“You’re kind of helping the community out, and you’re making money at the same time,” student Thierno Barry said. “It’s a win-win situation.”

Barry, 23, was happy to be behind the wheel on his first day, despite rolling over several orange safety cones.

“I feel great, especially during the pandemic,” he said.

Meanwhile, the school is facing its own shortage — of truck driving instructors.