WASHINGTON — Each year, the annual meeting of Transportation Research Board brings together industry stakeholders from around the world to feast on a smörgåsbord of facts and figures, ideas, analysis and exhibits that push the frontier of geekiness.

This year’s meeting included the first appearance in the United States of a prototype autonomous battery-powered freight vehicle from Einride, a Swedish company. 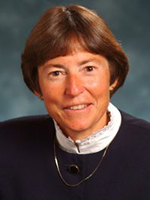 Heading up TRB’s activities as the newly appointed chair of the executive committee is Katie Turnbull, executive associate director of Texas A&M Transportation Institute and a professor in the Department of Landscape Architecture and Urban Planning at Texas A&M University in College Station.

Considered an expert on high-occupancy vehicle facilities, tolling, transportation planning and intelligent transportation systems, Turnbull has been associated with TTI since 1989. In 2012, she received the Ethel Birchland Lifetime Achievement Award from the American Road and Transportation Builders Association. 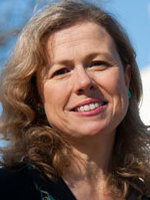 The vice chair is Victoria Arroyo, executive director of the Georgetown Climate Center at Georgetown University in Washington. The center works with states to develop policies to reduce pollution and help communities adapt to climate change. Arroyo has been critical of the Trump administration for its withdrawal from the Paris Agreement, the rollback of the Clean Power Plan and reconsideration of federal vehicle emission standards.

Also newly appointed to the TRB executive committee is Ginger Evans, commissioner of the Chicago Department of Aviation, and Leslie Richard, secretary of transportation for the Pennsylvania Department of Transportation.

Evans and Richard join six executive committee members who were reappointed and serve a three-year term. 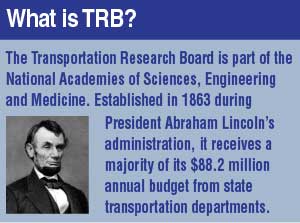 Other recognitions for research papers and awards include:

• The Sharon D. Banks Award for humanitarian leadership in transportation went to William Millar, former president of the American Public Transportation Association, for his efforts to cultivate leadership among young people, promoting accessibility for the disabled and supporting transportation research.

• The W.N. Carey Jr. Distinguished Service Award went to Michael Trentacoste, a former associate administrator for research, development and technology at the Federal Highway Administration. Trentacoste, who spent 31 years at FHWA, played a key role in safety research, overseeing a ground-breaking study of driving behavior and serving as director of the FHWA’s Turner-Fairbanks Highway Research Center in McLean, Va.

• The Roy W. Crum Distinguished Service Award went to Susan Shaheen, co-director of the Transportation Sustainability Center at the University of California at Berkeley. Shaheen has served as a program chair and member of many different TRB technical committees for nearly 20 years and has conducted internationally recognized research in shared-ride services, smart parking management, and fuel-efficient routing for private vehicles and freight. She also fostered research that led to the development of fuel cell, electric and plug-in hybrid vehicles and infrastructure.

• The Fred Burggraf Award for outstanding research paper in freight went to Chris Bachmann of the University of Waterloo for “Modeling the Impacts of Free Trade Agreements on Domestic Transportation Gateways, Corridors and Ports.”

• The Deborah Freund Paper Award went to Pierre Hirsch of Virage Simulation, Mohamed-Amine Choukou of Universite Laval and Francois Bellavance of HEC Montreal for “Transfer of Training in Basic Control Skills from a Truck Simulator to a Real Truck.” Freund was a leading advocate for fatigue management who helped develop driver hours-of-service regulations at the Federal Motor Carrier Safety Administration. She died of breast cancer in 2014.