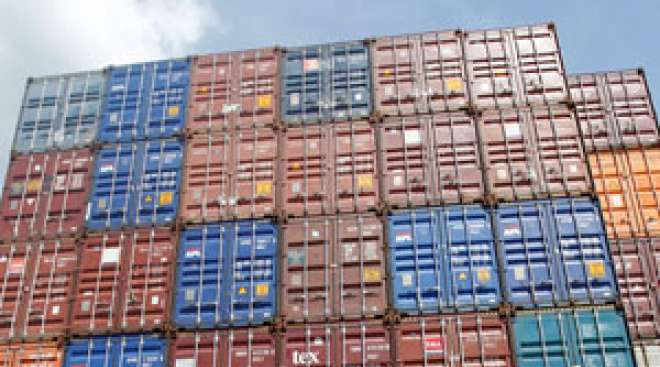 Under terms of a definitive agreement announced Nov. 9, Triton shareholders will own 55% of the equity in a new publicly owned company, called Triton International Ltd., with TAL shareholders controlling the remaining 45%. TAL shareholders also will receive a special dividend of 54 cents a share when the transaction closes.

Triton, based in Bermuda, is owned by private equity firms Warburg Pincus and Vestar Capital Partners along with other private investors and members of Triton management. The company operates a container fleet of 2.4 million TEUs and has offices in 13 countries.

TAL, headquartered in Purchase, New York, has been in business since 1963. It also operates a container fleet of 2.4 million TEUs and has offices in 11 countries.

TAL International CEO Brian Sondey said the deal is “transformational” and would put the company in a better position to weather the current soft market conditions and provide “valuable operating leverage when the market recovers.”

The combined company expects to save $40 million in annual expense by the end of 2016, company officials said.

Leasing revenue for the combined companies for the 12 months ended Sept. 30 is $1.3 billion.

Sondey will serve as CEO of the combined company with Triton CEO Simon Vernon serving as president. Schneider said he will retire once the transaction is concluded.