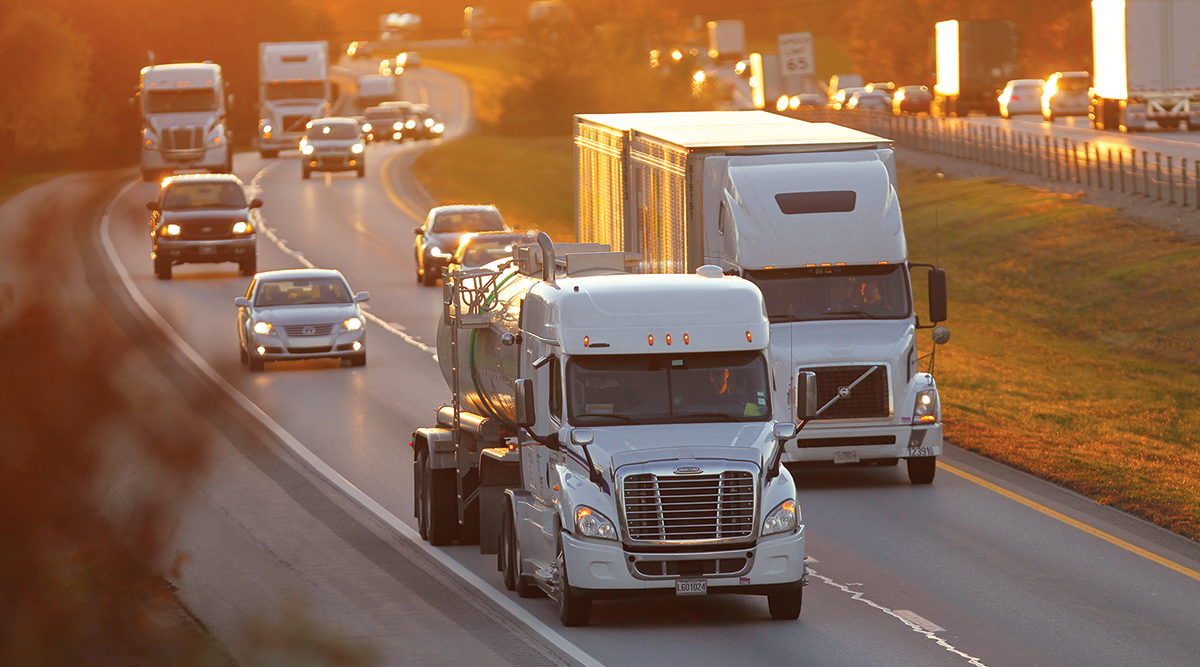 Truck tonnage in July declined a seasonally adjusted 8.3% when compared with year-ago levels, and on a monthly basis was down 5.1% from June, American Trucking Associations reported Aug. 18.

The 8.3% drop is the fourth consecutive year-over-year monthly decline.

After a very strong June, there are a couple of factors behind July's slip in for-hire contract freight. #tonnage

“After a very strong June, for-hire contract freight tonnage, which dominates ATA’s index, slipped in July for a couple of reasons,” ATA Chief Economist Bob Costello said. “It is likely that tonnage was down because many fleets didn’t have the capacity to take advantage of stronger retail freight volumes. Therefore, much of that overflow freight moved to the spot market, which did increase in July.”

Costello said another factor in the decline in tonnage is that the industry is contracting slightly, and there is less available excess capacity.

“Other ATA data shows that for-hire truckload fleets are operating 3% fewer trucks this summer than a year earlier, so it can be difficult to take on a significant amount of additional freight,” he said. “Also, while retail volumes have snapped back strongly, manufacturing output and international trade freight is lagging well behind.”

Trucking serves as a barometer of the U.S. economy, representing 72.5% of tonnage carried by all modes of domestic freight transportation, including manufactured and retail goods. Trucks hauled 11.84 billion tons of freight in 2019. Motor carriers collected $791.7 billion, or 80.4% of the total revenue earned by all transport modes.

ATA said that despite July’s decrease, its index was 3.3% above May’s recent low. June’s index was revised slightly, up 8.9% over May from the 8.7% reported July 21.

Meanwhile, the latest Trucking Conditions Index, released July 31 from FTR Intelligence, which tracked the state of the trucking industry through June 30, reached 11.35. That figure is the highest in a decade, and it comes just two months after a record-low April reading of minus 28.66.

Avery Vise, FTR vice president for trucking, told Transport Topics he is not surprised by the volatility in the industry because of the economic damage caused by the COVID-19 pandemic.

“There have been some significant movements over the past four months or so and likely will be for several months to come,” Vise said. “However, it is unclear how long the positive factors affecting the June reading — a combination of higher utilization and strong growth in freight demand and rates — will remain in place.”

The latest FTR report and one from the Cass Freight Index Report for the same period confirmed the deep hole the U.S. economy slid into during the second quarter.

Gross domestic product shrank a record-setting 32.9% in April, May and June, tracking closely with economists’ expectations of how the COVID-19 outbreak impacted the economy during the early months of the pandemic.

The Cass Index, specifically for shipments, registered 0.971 — down 17.8% year-over-year. However, month-over-month, the index climbed 3.5% when compared with May.

“The Cass Freight Index showed sequential volume improvement again in June, although freight volumes remain well below year-ago levels and also below pre-pandemic levels. We were thinking the June rebound would have been stronger, based on what we’re hearing,” the report said. “In our view, U.S. freight volumes (the amount of ‘stuff’ moving around the country) will not return to 2019 levels until 2021 at the earliest. Given the most recent Cass readings, there is still a wide gap to bridge.”

The DAT Truckload Volume Index, a measure of dry van, refrigerated and flatbed loads moved by truckload carriers, rose 2.1% from June and was 3.7% higher than July 2019.

“The entire supply chain is being forced to adapt to changes in consumer buying patterns, which affects everything from the equipment types needed for delivery to warehousing capacity," said DAT Chief of Analytics, Ken Adamo. https://t.co/4J51ENvkdO

“Nationally, capacity loosened last week, as evidenced by the lower load-to-truck ratios on the DAT One load board network last week,” the analysis said. “Spot rates remain elevated, though, with a majority of high-traffic lanes seeing higher prices for truckload freight when compared with the previous week.”