Tom Garrison, the former president and CEO of American Freightways Inc., died at his home in Harrison, Ark., on Feb. 11. He was 57.

The cause of death was apparent heart failure, according to a family member.

Garrison joined American Freightways (formerly Arkansas Freightways) in 1982 as treasurer and worked alongside his father and company founder, Sheridan Garrison, to create one of the largest regional less-than-truckload carriers in the United States over the next two decades. 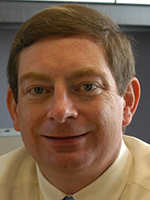 After American Freightways was purchased by FedEx Corp. in a deal valued at $1.2 billion in 2001, Tom Garrison took over operational responsibility for what became FedEx Freight East. American Freightways ranked No. 15 on the Transport Topics Top 100 list of largest for-hire carriers when it was acquired by FedEx. As FedEx Freight East, the company was recognized by Fortune as one of America’s Most Admired Companies.

When FedEx later merged the operations of American Freightways with Viking Freight and Watkins Motor Lines to create FedEx Freight in 2002, Garrison left the company. After a brief retirement, he started Garrison Financial Advisors in Fayetteville, Ark.

A graduate of the University of Arkansas, Garrison was named Accountant of the Year in Industry for 2001 by the Sam M. Walton College of Business.

Garrison also served for two years on the board of directors of Arkansas Trucking Association.

David O’Neal, vice president of safety and industry engagement at Arkansas Trucking Association, worked at American Freightways and remembers Tom and the Garrison family as pioneers in the development of a high-service, nonunion transportation business in the years after deregulation of trucking in 1980.

“They created a culture that valued safety and put people and customers at the forefront,” O’Neal said in an interview with Transport Topics.

In an obituary published by the family, Garrison is described as a “kind and gentle soul.”

“He was an avid Boy Scout growing up. He also loved his farm, raising cattle and chickens, hiking and floating and being outdoors, watching Andy Griffith marathons, and enjoying his four grandchildren whom he loved and cared for deeply,” according to the obituary.

Garrison was active in many charitable organizations, including Symphony of Northwest Arkansas, the Arkansas Sherrif’s Youth Ranch and the Brandon Burlsworth Foundation.

His impact was also felt in such areas as education through scholarships, feeding the hungry, giving shelter to families in difficult situations and generally caring for others.

“He was very generous,” said Darrick Bradley, who married Garrison’s daughter Sarah. “He would give the shirt of his back to anyone in need.”

In addition to his daughter, Garrison is survived by his brother William and four grandchildren.