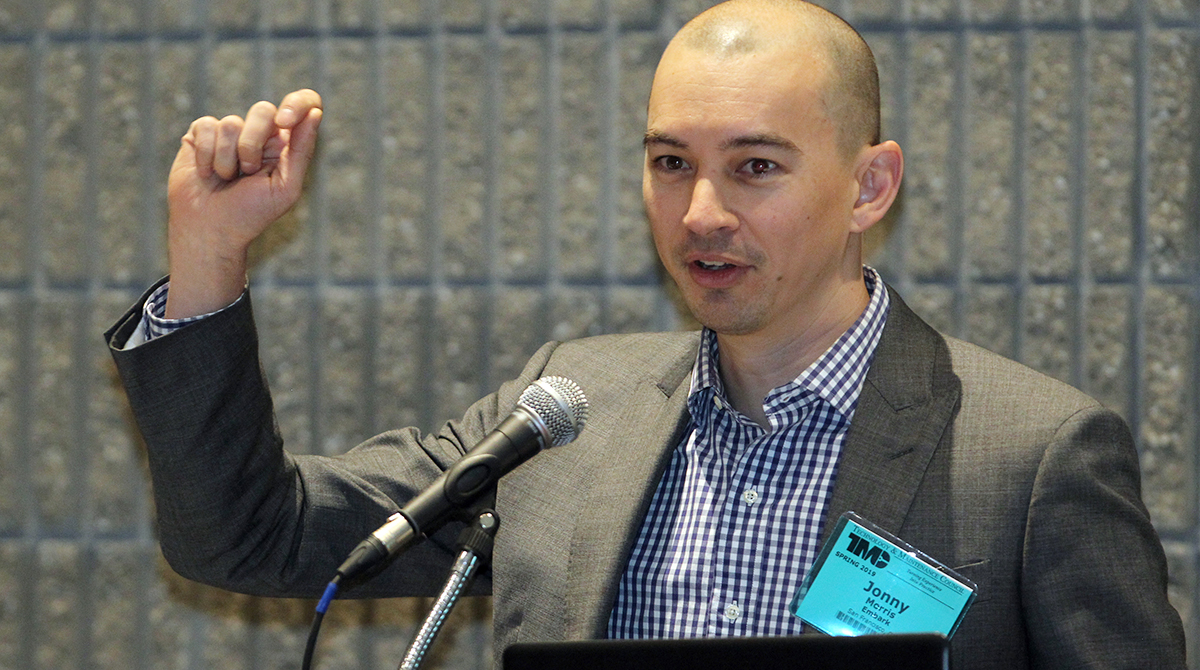 Potential business models for automation, public acceptance of the technology, regulations and enforcement were among the topics discussed here at the March 18 meeting of TMC’s Automated and Electric Vehicles study group.

Embark and TuSimple already are hauling freight with self-driving trucks as they test and refine their technology. Today, their automated trucks always have a driver behind the wheel as they travel on the highway, but both companies are aiming to reach a point where they can safely remove the driver altogether on certain routes.

However, much work remains before that level of automation will be ready for deployment.

“This is a technology that is still very firmly in the research and development phase,” said Jonny Morris, head of public policy at Embark.

Morris highlighted parallels between the advent of automated vehicles and the introduction of automobiles more than a century ago.

He cited newspaper articles from that era that captured initial skepticism toward “horseless carriages” and raised questions about how they would operate under laws that were written for horses, not cars.

Morris expressed confidence that the public ultimately will accept automated driving technology when it proves itself, as was the case with the automobile.

Robert Brown, director of public affairs at TuSimple, said automated truck developers should be open and transparent with the industry and the broader public to address fears and trepidation about the technology. 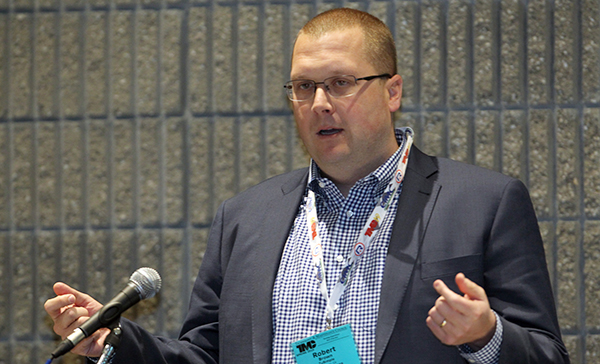 His company hosted a ridealong on one of its self-driving trucks with NBC Nightly News, which recently aired a segment based on the experience.

“As an industry, we need to do a good job addressing safety concerns,” Brown said, adding that all competitors in the emerging self-driving truck business should work together to ensure the technology is developed safely and appropriately.

Morris and Brown said automated driving will be a good fit for some trucking applications, but not all.

“I like to think about automation in its current state, and probably for a generation, as one tool in the freight movement toolkit,” Morris said.

Embark is designing its automated trucks to operate on longhaul, interstate routes where the driving environment is relatively constrained, while continuing to rely on conventional trucks with drivers to handle more complex off-highway environments with intersections and pedestrians.

“We think that breaking up a route into a local or regional haul that is human-driven and an automated longhaul portion really lends itself to the strengths of each of those models,” Morris said.

TuSimple is focusing primarily on highway driving as well, but the company also is working to automate some local driving between highway exit ramps and nearby depots or warehouses.

Morris and Brown agreed that automated trucks will need to adapt to current infrastructure rather than rely on the creation of dedicated lanes, a scenario they deemed unlikely to happen anytime soon. Eventually, at higher volumes, there could be a conversation about how infrastructure could change to accommodate automated trucks, Morris added.

Steve Boyd, vice president of external affairs and market development at Peloton, provided an update on the company’s platooning system, which uses vehicle-to-vehicle communications to enable a pair of trucks to travel in a tight formation. The system automates braking and acceleration, but drivers continue to steer manually in both vehicles. 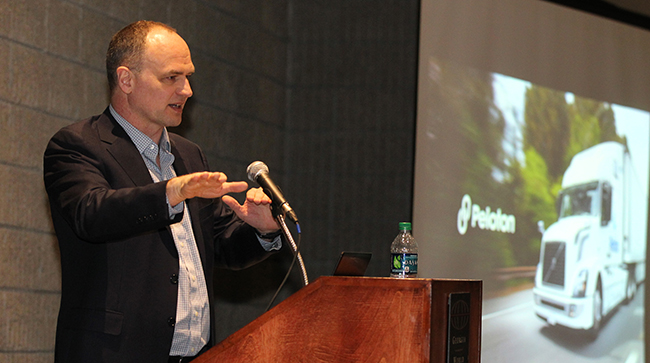 While the business case for platooning typically has centered on fuel savings, Boyd said the technology also can provide safety benefits beyond those offered by conventional driver-assist systems.

The automated braking reduces reaction time, and the platoon pairing ensures that the heavier truck with a longer stopping distance always is in the lead, he said.

The platooning system also enables driver teamwork through voice communication between the two trucks. The drivers can cooperate by helping each other see other vehicles in blind spots, for example.

“Working together, you’re able to handle the road better,” Boyd said. “These are significant driver teamwork, driver empowerment tools, and we’re excited about them.”

The initial wave of developers such as Embark, TuSimple, Waymo and Starsky Robotics have been joined by several new startups, including Ike, Kodiak, Pronto, PlusAI and Locomation. 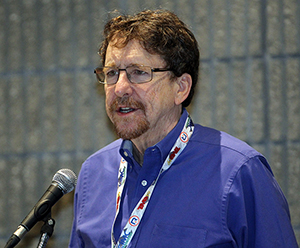 The National Highway Traffic Safety Administration has initiated a study to examine the safety implications of truck platooning systems. That study will serve as an overall safety analysis of the technology, said Alrik Svenson, a NHTSA research engineer.

Meanwhile, the Commercial Vehicle Safety Alliance has formed a working group to determine how inspectors would interact with a highly automated truck.

Questions include how an officer would pull the vehicle over, and who they would call if the vehicle is unmanned, said Will Schaefer, CVSA’s director of safety programs.

As part of its efforts, the working group is conducting interviews with companies in the automated truck space, he said.