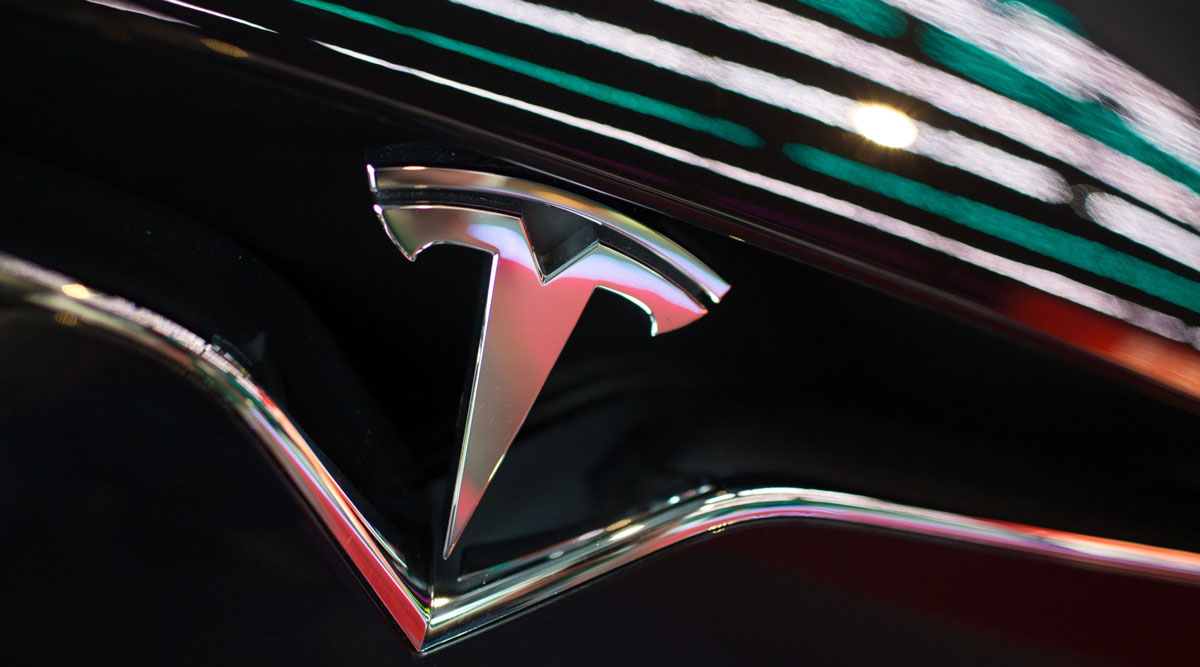 Tesla Inc.’s plan to build a $25,000 car within the next three years doesn’t seem to have fazed China’s most-promising electric vehicle startups, with executives at the Beijing Auto Show saying Elon Musk can bring it on.

“It’s a good thing for us,” WM Motor Co. founder and CEO Freeman Shen said. “We are very happy Tesla came to China because Tesla is just like Apple in the early days, they educate the whole market.”

Just as Apple Inc.’s share in the mobile-phone market has been eroded by local players like Xiaomi Corp., Oppo and Huawei Technologies Co., so too will Tesla’s, but over a longer time horizon, Shen said. Tesla’s slice of the “mainstream” electric-vehicle market will significantly decrease in five to 10 years, he said.

Where WM Motor will be by 2030 isn’t certain either. The company earlier this month raised $1.5 billion in a Series D round led by Shanghai Automotive Industry Corp. (Group), the parent of China’s biggest automaker SAIC Motor Corp. People familiar with the matter have said WM plans a stock-market listing in its hometown of Shanghai as soon as this year, something Shen indicated on Sept. 26 sounded ambitious, but declined to comment on further.

Xpeng Inc. Vice Chairman Brian Gu meanwhile described Tesla as a partner, with both EV manufacturers trying to attract consumers with smart, environmentally friendly cars. EVs are “less than 5% of the market,” and together they “are accelerating that change and conversion,” he said in an interview with Bloomberg Television. 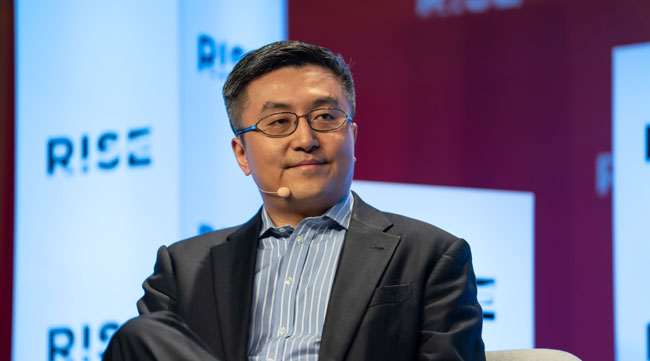 Gu also said Tesla’s plan to expand its output in Shanghai to an annual capacity of 1 million vehicles in the coming years wasn’t of concern. If Musk achieves it, “that means the market has grown so much faster and bigger than what we anticipated,” Gu said, adding that Xpeng’s mid-range EVs come in around the $25,000 mark already.

Xpeng, which reported a net loss of $113 million on revenue of $142 million for the six months ended June 30, raised $1.5 billion in an initial share sale in the U.S. in August. The firm is among a handful of Chinese car startups to tap the market, surfing a wave of investor demand for EV stocks. Li Auto Inc., another Chinese EV company, increased the size of its U.S. IPO in July to raise $1.3 billion.

Tesla’s presence at the Beijing Auto Show was primarily centered around displaying its China-made Model 3. The Palo Alto, Calif.-based company plans to ship cars made at its Shanghai factory to Europe and other countries in Asia, including Singapore, Australia and New Zealand, as soon as the end of this year or early 2021, people familiar with the matter said earlier this month. 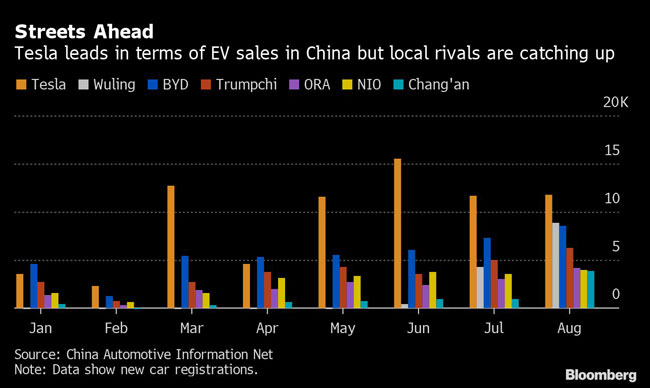 NIO Inc. CEO William Li, when asked about Tesla’s plans for a $25,000 car, noted that battery costs have been steadily declining. Batteries currently represent about one-quarter of an EV’s cost because of the expensive metals used.

“We reached a gross margin of 10% in the second quarter and it will increase each quarter,” he said in an interview with Bloomberg TV on Sept. 26. “The overall battery cost decrease will help promote EVs. Our price tag is more than $60,000 and even in China we have a lot of work to do for this niche market.”

Shanghai-based NIO, which has received a municipal government cash injection and credit facilities from local banks this year, reported a positive gross margin for the first time in the second quarter.

“Auto products aren’t only about producing cars, but more importantly serving your customers well,” he said. “For each family, buying a car isn’t a small expense like buying clothes, and it’s closely related to one’s safety. Quality and service will be the biggest challenge for all automakers in rapid expansion.”

NIO is also working closely with U.S. companies despite the strained relations between China and the U.S., he said. NIO works with firms including Qualcomm Inc. and Intel Corp.

“Strengthening the partnership between these companies is essential to promoting electric vehicles and we will keep working on this,” Li said.