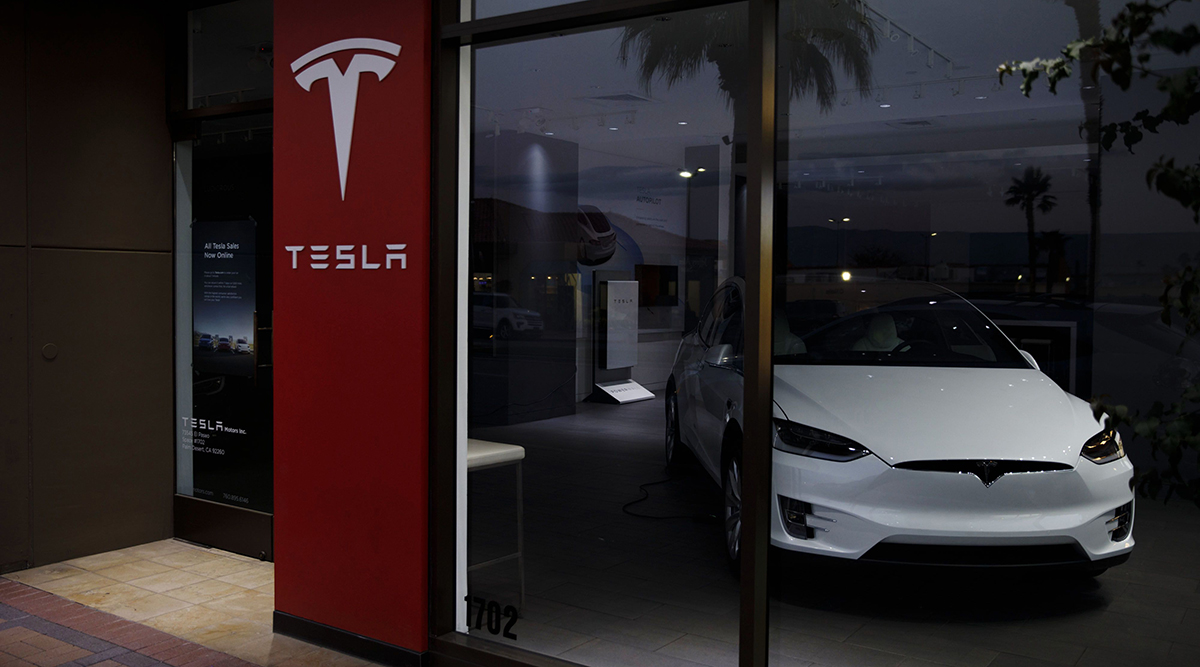 DETROIT — Tesla on Jan. 25 posted record net income in the fourth quarter of last year, and the company predicted that additional software-related profits will keep its margins higher than any other automaker.

The Austin, Texas, maker of electric vehicles and solar panels said it earned $3.69 billion from October through December, or an adjusted $1.19 per share. That beat estimates of $1.13 that had been reduced by analysts, according to FactSet. The company’s profit was 59% more than the same period a year ago.

Revenue for the quarter was $24.32 billion, which fell short of the $24.67 billion that analysts expected.

CEO Elon Musk said that despite price cuts of up to 20% on some of its vehicles announced earlier in January, demand for Tesla products is strong and sales are constrained by production.

Some analysts have said the price cuts were a sign Tesla’s sales are softening. But so far in January, Tesla has seen the strongest orders year-to-date in its history, Musk said on a webcast with analysts.

“We think demand will be good despite probably a contraction in the automotive market as a whole,” he said. “Demand far exceeds production,” Musk said, adding that Tesla is even making small price increases. 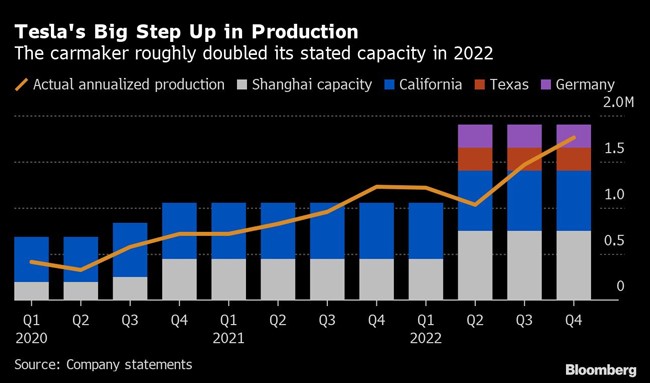 Tesla said in its investor letter on Jan. 25 that it would produce about 1.8 million vehicles this year, and Musk predicted that sales would also hit that number.

Previously Tesla has said its deliveries would grow at a 50% annual rate most years. But 1.8 million would be about a 40% growth rate.

Musk said it’s possible Tesla could build 2 million vehicles this year. “There would be demand for that, too,” he told analysts.

On Jan. 13, the company cut prices in the U.S. and China, its two biggest markets, leading many analysts to believe that demand had fallen due to high prices and rising interest rates.

Morgan Stanley analyst Adam Jonas wrote in a note to investors early Jan. 25 that demand is a problem.

“In our view, the price cuts are indeed a response to slowing incremental demand relative to incremental supply,” he wrote.

Tesla’s automotive gross profit margin, which is revenue minus cost of goods sold, fell from 30.6% in the fourth quarter of 2021 to 25.9% in the same period in 2022 as previous discounts took hold.

Shares of Tesla were up slightly on Jan. 25, closing at $144.43. They rose another 5.5% in extended trading following the earnings report.

Morningstar Equity Strategist Seth Goldstein, who covers Tesla, said Musk addressed fears about demand falling by releasing the 1.8 million sales projection. At least for this year, though, he sees Tesla’s profit margins eroding further due to the price cuts.

“Longer term I think the profit margins will bounce back,” he said.

Average sale prices, he said, rose in the fourth quarter even with price cuts in China, Goldstein said, and the company was able to increase productivity at new factories in Texas and Germany. But that wasn’t enough to offset higher raw materials and shipping costs, he said.

The company said it knows there are questions about macroeconomics in the face of rising interest rates. “In the near term we are accelerating our cost reduction roadmap and driving towards higher production rates, while staying focused on executing against the next phase of our roadmap,” the letter said.

Musk was asked how Tesla would mitigate brand damage since his $44 billion takeover of Twitter, based on Morning Consult poll results showing a steep favorability decline among Democrats.

But Musk said he has 127 million followers on the social media platform, and his following keeps growing. “That suggests that I’m reasonably popular,” he said, adding that the number of followers speaks for itself.

The company’s stock tumbled 65% last year on fears that Musk was distracted by his $44 billion acquisition of Twitter. But so far this year they’re up about 35%.

Price cuts that began Jan. 13 fueled concerns on Wall Street that demand for Teslas was falling as intense competition arrives from startups and legacy automakers.