Tens of Thousands Are Getting Laid Off in US Shale Patch 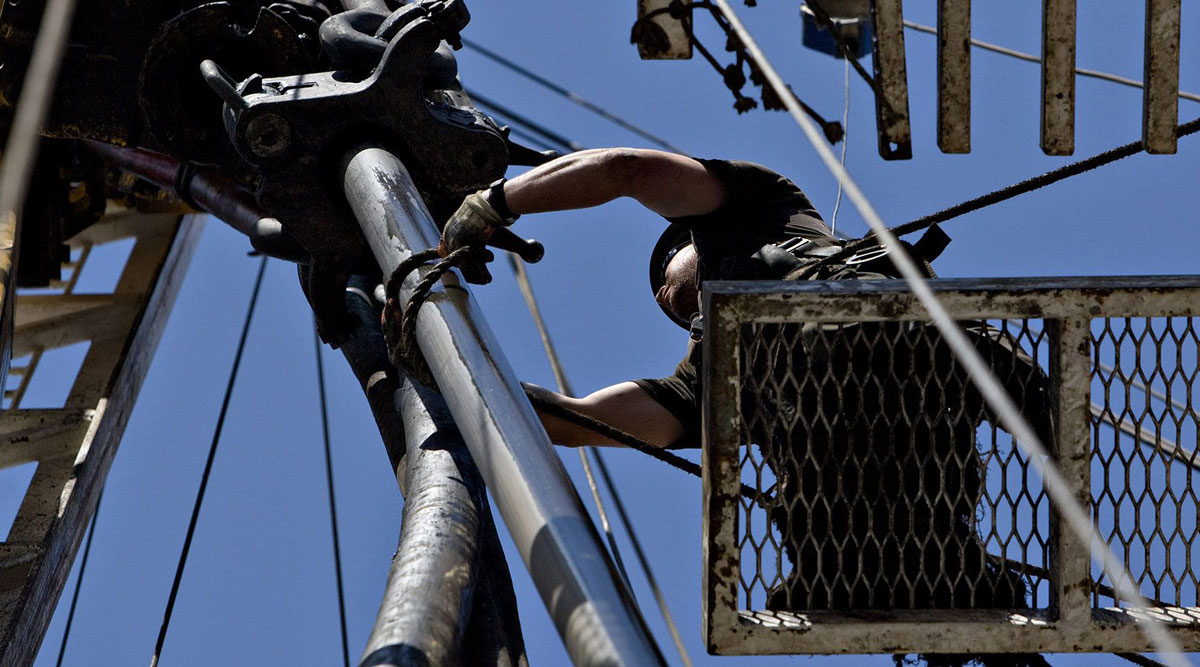 A derrickman secures a length of drill pipe at a rig near Montrose, Pa. (Daniel Acker/Bloomberg News)

One of the most painful busts in the history of crude oil happened just six years ago when a sharp price drop cost 200,000 roughnecks, almost half the entire workforce, their jobs.

And now, the spread of the coronavirus coupled with an oil-price war between Russia and Saudi Arabia threatens to devastate the oil services industry and its workers once again.

Tens of thousands of Texans are being laid off across the state in places like the Permian Basin shale fields in West Texas as companies shut down drilling rigs, according to Ryan Sitton, a state oil regulator. Announcements are trickling in.

Drilling-service company Canary cut 43 workers last week. And oilfield pipemaker Tenaris SA is firing 223 from its Houston-area facility. But the biggest blow so far came from Halliburton Co., the world’s dominant fracking-services provider, which is furloughing 3,500 workers at its Houston headquarters. The company ranks No. 6 on the Transport Topics Top 100 list of the largest private carriers in North America.

The cutbacks follow a precipitous drop in the price of West Texas Intermediate, the U.S. benchmark crude. Futures in New York are down more than 60% this year and just had their worst week since 1991.

While workers in just about every industry are threatened by the economic slowdown, few are more at risk than those in the oilpatch. The Midland-Odessa region of West Texas, where Occidental Petroleum Corp. and Parsley Energy Inc. have dominated, could be decimated, according to a report from the Brookings Institution. More than 40% of Midland’s workforce is in high-risk industries, mostly oil and gas, the highest of any region in the U.S., it said. Overall, the services workforce today stands at about 316,000, down about 30% from its peak in 2014.

The shrinking workforce is the direct result of a torrent of cuts in capital spending from U.S. explorers, some $12.6 billion so far. All told, nearly two-thirds of the $100 billion in global spending cuts could come in U.S. shale fields, according to Rystad Energy. For the contractors, no service business will feel that pain more than the one that blasts water, sand and chemicals underground to release trapped hydrocarbons — also known as hydraulic fracturing.

And this time around, the financial wreckage could permanently sink parts of an industry that were able to stay afloat half a decade ago thanks to bank loans.

”There’s definitely blood in the water,” said Dan Eberhart, CEO of Denver-based Canary. “The weakest oil and gas companies, oilfield service companies and banks with heavy energy exposure might submerge beneath the waves before the end of the cycle never to surface again.”

Halliburton, which generates most of its sales in North America, is expected to see its earnings before interest, taxes, depreciation and amortization fall by 40% this year to $2.2 billion, Scott Gruber, an analyst at Citigroup Inc., said March 19 in a note to investors. And that’s expected to drop another 30% next year. 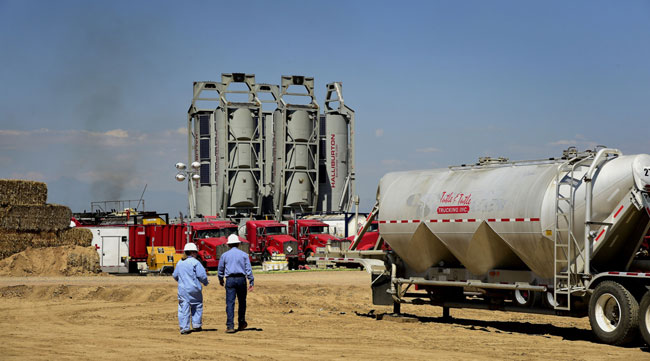 Citi sees a 40% contraction in the U.S. oil-services market, the result of the quick drop in global demand combined with the expectation for a protracted price war. It also has led to reduced international expectations, meaning larger service rivals Schlumberger Ltd. and Baker Hughes Co. should also see double-digit cuts to their earnings this year and next, Gruber wrote.

“The reality is sobering,” Luke Lemoine, an analyst at Capital One, wrote last week in a note to investors. “Even before the coronavirus pandemic and the Russia/Saudi crude price war, a number of companies were teetering on the edge of survival.”

The next four years will be critical for the services sector, with $32 billion in debt for North American servicers coming due between now and 2024, according to Moody’s Corp.

The lack of pricing power for service companies is beginning to show up as their clients look for discounts.

“I encourage you as a valued supplier to reconsider your pricing in line with this mission, and to inform us of your adjustments at your earliest convenience,” David Dell’Osso, chief operating officer at explorer Parsley Energy, wrote March 11 in a letter obtained by Bloomberg News. “We are focused on a mission to develop our assets in a safe, efficient and environmentally responsible manner in 2020 while lowering costs by at least 25%.”

Vicki Hollub warned her employees at Occidental Petroleum of the “aggressive steps” that the explorer would be taking, without offering details.

“In the coming days, we plan to provide you with more specifics,” Hollub said in an email sent to staff. “Some of the measures we take will be temporary through this crisis and others may be permanent.” 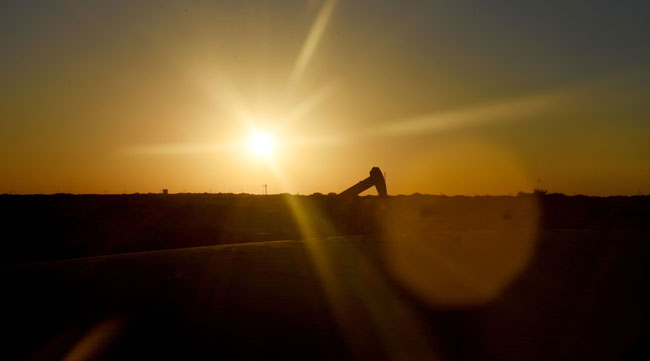 The sun sets behind an oil rig in Monahans, Texas, in June 2018. (Callaghan O'Hare/Bloomberg News)

Basic Energy Services Inc. is trying to get creative, albeit on a small scale, by offering to throw in free rental tools for clients leasing one of its service rigs, Trey Stolz, a spokesman, said. The company ranks No. 17 on the Transport Topics Top 100 list of largest private carriers.

Meanwhile, Liberty Oilfield Services Inc. is returning to its old playbook that got the fracking provider through the last downturn in 2015 and 2016 by first slashing executive salaries 20%, CEO Chris Wright said. And yet, Wright said this downturn also feels very different from the last one.

“There’ll be huge reductions in spending and therefore customer fracking,” he said. “This will bring structural change to the industry that was coming, but slowly and gradually before.”

The waiting won’t be easy for the mental psyche of oilfield workers who are extremely stressed about both a global oil-price war and catching the virus.

“They’re severely rattled,” said Christiane Spitzmueller, a psychology professor at the University of Houston who’s studying the oilfield workforce. “It seems like the perfect storm that has brewed up.”