The Truckload Carriers Association after a monthslong search announced the selection of James Ward as its new president.

Ward currently serves in the voluntary role of TCA chairman; his term expires in March. Ward also is president and CEO of TCA member D. M. Bowman Inc., based in Williamsport, Md., a position from which he will soon retire. 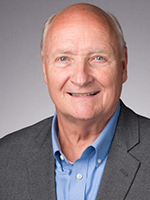 In response to several members urging him to apply for the president’s position, Ward recused himself from the search process before outreach began in late August, according to the Alexandria, Va.-based association.

“TCA is approaching 2022 in its strongest position in many years,” said John Elliott, TCA first vice chairman and chairman of the search committee. He also is the CEO of Load1. “We are excited to bring Jim’s unique skill sets and his deep love of the truckload industry to move TCA to the next level.”

Ward’s career highlights include serving more than two decades at D. M. Bowman, as well as working as managing director of Willis Towers Watson’s transportation division, where he provided risk management and safety services to multiple transportation clients. Prior to joining Willis in 1993, Ward was a trainman and engineer for CSX and was promoted to serve as its Maryland safety manager. Ward is a past chairman and current board member of Maryland Motor Truck Association and a former recipient of MMTA’s Person of the Year award; he also serves as a vice president at-large of American Trucking Associations.

Elliott said Ward will serve out his term as TCA chairman while transitioning to the president’s role, which he will assume at the TCA Annual Conference in Las Vegas in March.