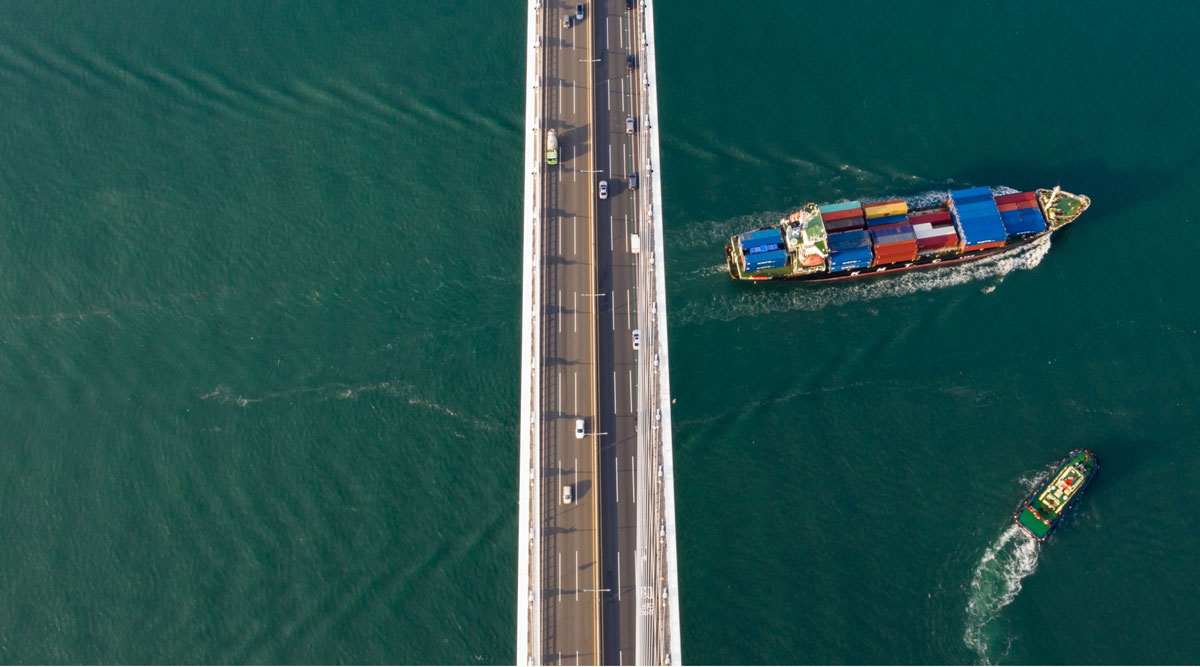 Overall, container volumes may dip just 2% in 2020 compared with industry experts’ early forecasts of a 15% slump, according to Rolf Habben Jansen, CEO of German shipping line Hapag-Lloyd AG, which is deploying more capacity now than it did during the buildup to year-end holidays in 2019.

“Volume started really coming back from August,” Jansen said in an interview Nov. 13. “From everything we see now, it looks like the market is going to remain pretty strong until at least Chinese New Year in mid-February.” 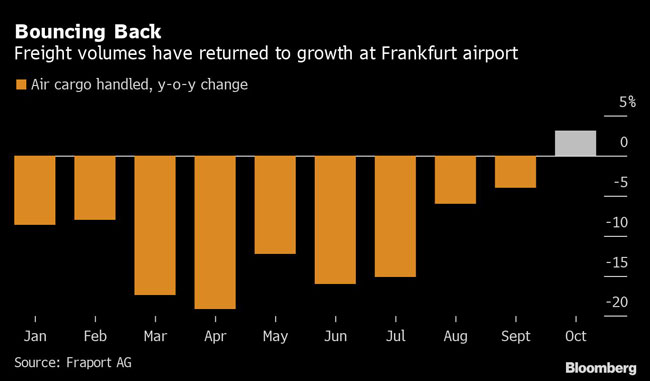 The upturn is unlikely to deliver a bumper festive period for high-street retailers battered by the coronavirus outbreak, with internet-focused businesses the likely beneficiaries. Online Christmas shopping may even surpass store sales in the U.K. for the first time, according to research published last month by delivery firm ParcelHero. Consumers will spend about the same overall on presents and food as in 2019, it said, but are stopped from shopping in person by a new lockdown that bans nonessential retail.

Container lines are also being boosted by falling prices for bunker fuel, which could help lift Hapag-Lloyd’s full-year profit by almost 50% after it previously forecast a decline of as much as one-third.

Still, the Hamburg-based company said the average rate charged per standard container was flat in the third quarter and will gain only slightly for the year, with price surges confined to the busiest routes. Meanwhile, shippers are struggling with a container shortage in Asia, Jansen said, and ports elsewhere are congested with boxes stuck at terminals. 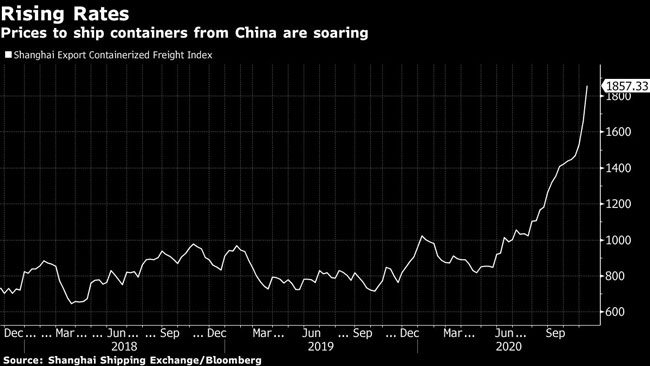 Cargolux’s Forson said that airfreight capacity is also stretched, with many specialist freighter planes being brought out of retirement to make up for the loss of passenger-jet belly space. One carrier has even reinstated a 747-200F, a model first delivered in 1972.

The concern now, Forson said, is over whether freight demand could drop in the longer term as global economic growth weakens in the wake of the health crisis, depressing consumer spending.

“Once that happens there’s no escape valve for the cargo industry,” he said.

The picture for trucking firms also remains bleak, the International Road Transport Union said Nov. 13, with global losses reaching $679 billion and a wave of bankruptcies looming. The situation is most acute in Europe, where new virus cases are at record levels.