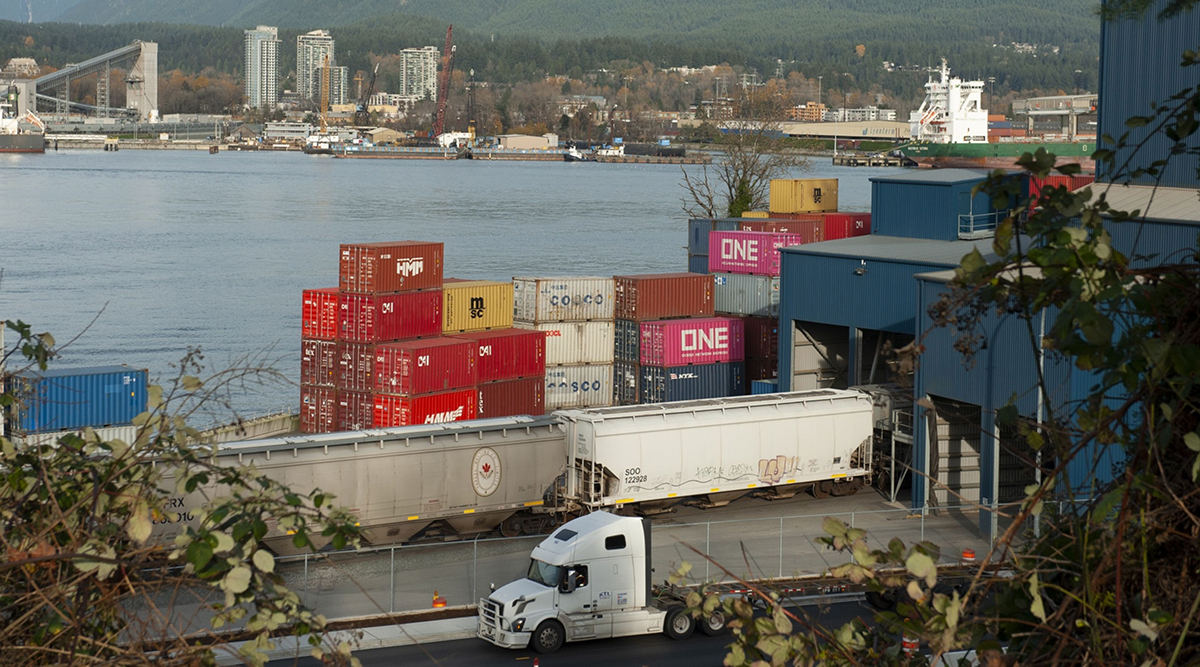 The Port of Vancouver as traffic is cut off by flooding in Vancouver, B.C. (Taehoon Kim/Bloomberg News)

Mountains of wheat and canola are stranded in Canada after storms blocked access to the Port of Vancouver during peak shipping season.

There is no rail access to Canada’s biggest port after days of torrential rain and landslides. About 20 vessels are waiting for deliveries, while a couple of hundred thousand tons of grain are stuck in transit, according to Quorum, a company that monitors Canada’s grain transportation system.

The situation is so bad that some exporters may be forced to declare force majeure to avoid penalties as they won’t be able to make deliveries on time, said Wade Sobkowich, executive director of the Western Grain Elevator Association.

Force majeure is a contractual clause that allows deliveries to be suspended due to factors beyond a company’s control, such as natural disasters. 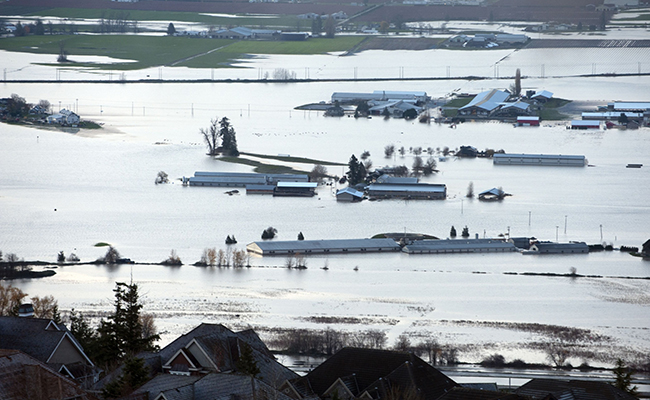 Federal government officials said they are working with industries to restore supply chains for essential goods and have met with representatives of railways, the trucking industry and the Vancouver port.

“We are examining all options, including down south,” Transport Minister Omar Alghabra said about transportation options.

British Columbia opened one highway for westbound travelers who had been stranded for days in Hope, about 93 miles east of Vancouver. Highway 3, which runs east to Alberta, could open to traffic by Nov. 21, the government said.

As roads are repaired, there will be limited access but it will take an “extended period of time” before some other roads open, B.C. Public Safety Minister Mike Farnworth said.

The province is likely to implement emergency measures to limit nonessential travel, and a possible order to prevent hoarding and price gouging in the coming days, he said.

Canada is one of the world’s largest grain exporters, and about half of its shipments go through Vancouver. The disruption comes during the busiest time for grain shipping and as global supply chains already are struggling with congestion and backlogs.

Texas Braces for Deep Freeze With All Eyes on Power Grid