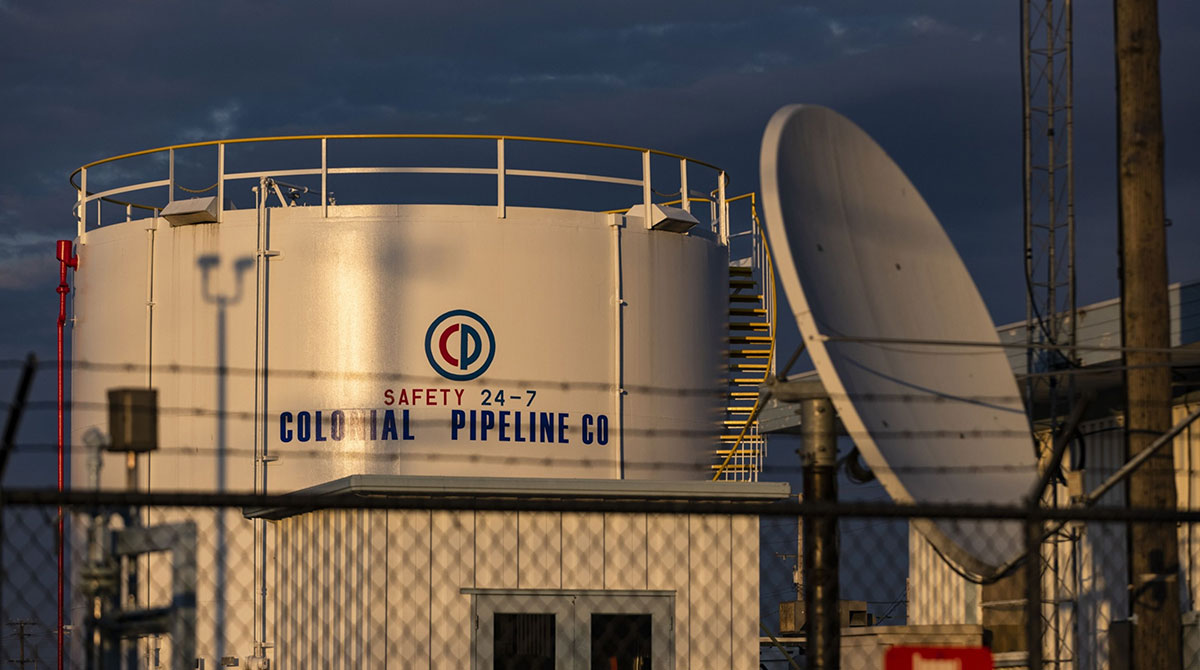 A Colonial Pipeline Co. storage tank at a facility in the Port of Baltimore. (Samuel Corum/Bloomberg)

The largest gasoline pipeline in North America halted most shipments of fuel from Texas to the East Coast after Hurricane Nicholas’ winds knocked out power to almost half a million homes and businesses.

The blackouts that followed the storm’s landfall early Sept. 14 also crippled operations at a natural gas export terminal about 70 miles south of Houston. Ports up and down the Texas coast remained shut as the U.S. Coast Guard assessed sea channel conditions.

Margins on making gasoline climbed more than 3% after Colonial Pipeline Co. shut its gasoline, diesel and jet-fuel lines. The conduits that on a daily basis haul more fuel than the entire nation of Germany burns were closed as a “temporary and precautionary measure,” according to a company statement.

Nicholas, which struck shore as a Category 1 hurricane and has since lost strength, had largely moved east from the Houston area by mid-morning local time, allowing refiners, chemical makers and other industrial concerns to assess the physical impacts of rain and wind.

Colonial is a vital source of motor fuels for the Northeast and Deep South and any shutdowns can leave filling stations dry in some markets. Lines 1 and 2 — the cross-country conduits that were shut Sept. 14 — haul more than 100 million gallons every day.

A Hurricane Ida Unknown: Economic Impact on Region, US