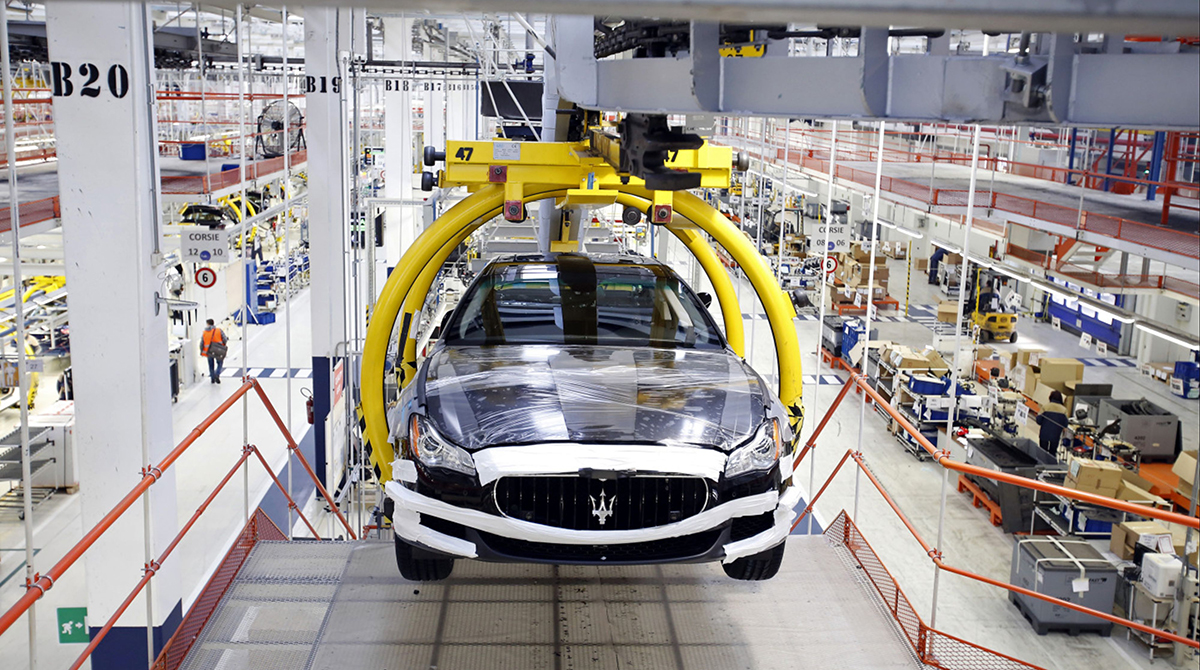 Stellantis NV is seeking to retool its iconic Turin factory into an electric-vehicle hub, moving production of two Maserati luxury models to the Mirafiori plant as part of a decision that will safeguard jobs in the EV shift.

Stellantis, which was formed from the merger of PSA Group and Fiat Chrysler earlier this year, will make the Maserati Ghibli and Quattroporte sedans at Mirafiori, shifting from the nearby site of Grugliasco, the company confirmed in a statement Oct. 11. One of the first actions to be taken is to create a new electrified platform specific for Maserati.

“Stellantis is working with determination and alacrity to anticipate and prepare for the energy transition of all its Italian industrial sites,” the company said. The goal is to improve performance at the plants “to give this country a strategic role among the group’s main domestic European markets.”

At the Turin hub, Stellantis will have one manufacturing process to make combustion engines, hybrids and electric powertrains. Stellantis will allocate more electrification-related activities to Mirafiori, without reducing headcount at Grugliasco. The decision also marks the end of full car manufacturing at the Grugliasco plant less than a decade after it started production of Maserati cars.

The manufacturer discussed the strategy Oct. 11 at a meeting with Italian unions at the Economic Development Ministry in Rome. Earlier this year, Stellantis weighed a plan to rejigger output at the Melfi plant in Southern Italy to make electric cars.

Italy’s government has sought assurances from Stellantis that Italy will remain one of the main countries where it builds cars as the EV shift jeopardizes thousands of manufacturing jobs. Stellantis, which will build its third European battery plant in the country, last month finalized plans for Daimler AG to join its European battery venture.

The Mirafiori facility in Turin is the historic center of Fiat SpA, employing some 50,000 workers in its heyday in the 1970s when it used to produce more than 600,000 cars a year.

The plant currently manufactures the electric Fiat 500 and some Maserati models, including its Levante SUV. Italian newspaper La Repubblica on Oct. 9 reported that Stellantis could increase production of the Fiat 500 at Mirafiori by moving some volumes there from a site in Poland.