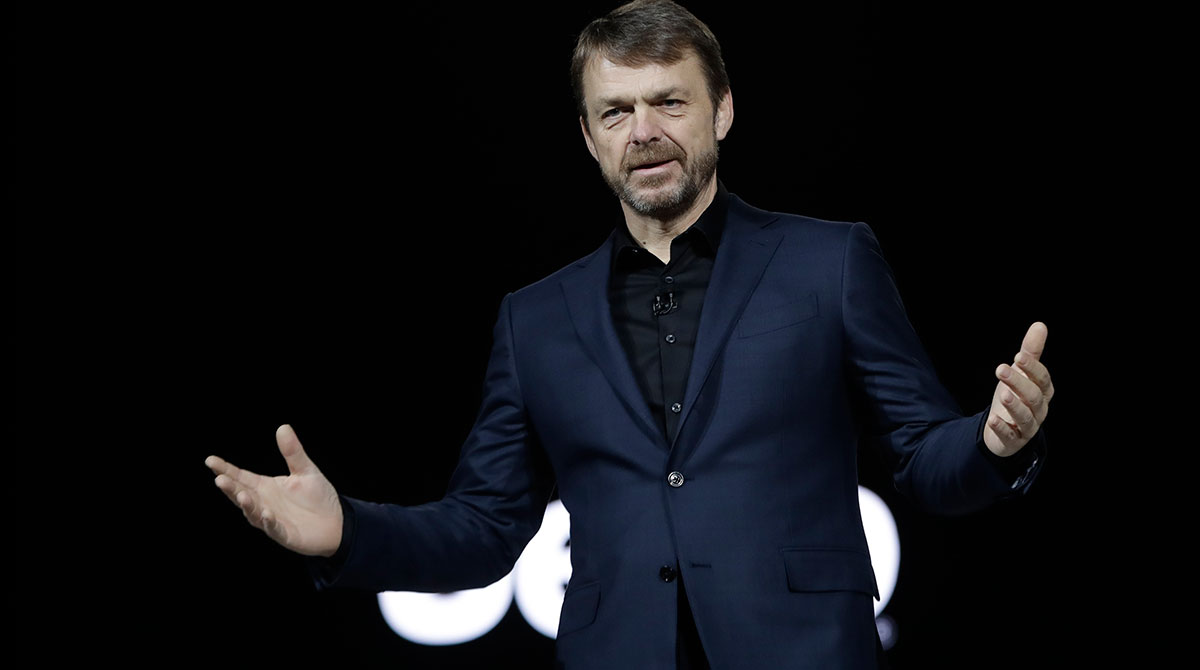 Mike Manley in 2019 by Carlos Osorio/AP

MILAN — PSA Peugeot’s takeover of Fiat Chrysler to form the world’s fourth-largest carmaker has had its first executive casualty, with former Fiat Chrysler CEO Mike Manley stepping down from his role as head of the Americas.

Stellantis announced Sept. 21 that Manley, 57, was leaving to become CEO of the largest dealership network in the United States, AutoNation Inc., based in Florida. Manley will not be replaced, and Americas chief operating officer Antonio Filosa will report directly to Stellantis CEO Carlos Tavares.

Manley was named CEO of Fiat Chrysler in July 2018, coinciding with the illness and sudden death of longtime CEO Sergio Marchionne. When Stellantis was formed, Tavaras, who was Peugeot’s chief executive, took over as CEO of the combined carmaker.

[Press Release] Executive Management Change at #Stellantis: Mike Manley will step down from his role as Head of Americas to take up the role of CEO at AutoNation Inc., from November 1, 2021
https://t.co/5v0W8ImVJJ pic.twitter.com/PqsdUWhZi6

Manley was credited with the turnaround of the Jeep subsidiary, which was a mainstay of FCA profits, and also was the longtime head of Fiat Chrysler’s Asia operations. Manley is well-respected in the analyst community, lauded for his strong credentials to run a global automaker both in terms of technological and strategic transitions.

Manley is taking over a dealership group that posted more than $20 billion in sales and $382 million in net income last year. He starts Nov. 1, replacing Mike Jackson, an industry icon who has been with AutoNation for 22 years. Jackson retired in 2018, but was called out of retirement when his replacement left the company.

AutoNation is the largest chain of car and truck dealerships in the U.S., with more than 300 locations nationwide. The company says it has sold more than 13 million vehicles.

Manley will retain ties with Stellantis as a board member of the Stellantis Foundation. The native of Britain said “the time feels right for me to open a new chapter,” after 20 years first with Chrysler, then with Fiat Chrysler and finally Stellantis.

Tavares said in a statement that he was sorry to see Manley go.

“It’s been my privilege to know Mike first as a competitor, then as a partner and colleague in the creation of Stellantis, but most importantly, always as a friend,’’ Tavares said. “From the very earliest days of our discussions, we shared a truly common vision, belief and commitment and it’s on these solid foundations, built over the past several years, that Stellantis has delivered its impressive early results.”