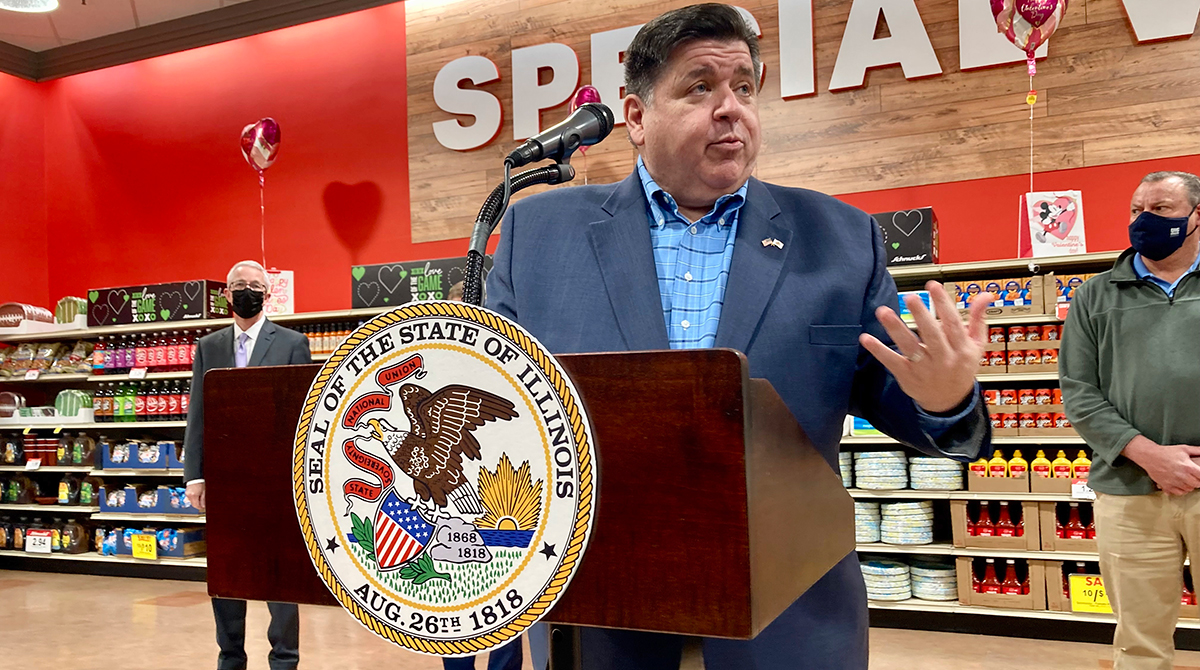 PORTLAND, Maine — With inflation raging and state coffers flush with cash, governors and lawmakers across the U.S. are considering a relatively simple solution to help ease the pain people are feeling at the gas pump and grocery store — sending money.

At least a dozen states have proposed giving rebate checks of several hundred dollars directly to taxpayers, among them California, Kansas and Minnesota. Critics, including many Republican lawmakers, say those checks won’t go far enough given the pace of inflation and are pushing instead for permanent tax cuts.

A proposal from Maine Gov. Janet Mills is among the most generous in a state where the cost of food and fuel has skyrocketed in recent months. The Democratic governor wants to send $850 to most residents as part of the state’s budget bill.

The rebate “will help Maine people grapple with these increased costs by putting money directly back into their pockets,” Mills said.

But Wendell Cressey, a clamdigger in Harpswell, said the soaring cost of fuel for people in his business means the check will provide just temporary relief.

“It might help a little, but it would have to be a lot more because we’re paying for gas. Most of us have V-8 trucks,” Cressey said. “I just don’t think it’s going to help as much as they think it is.”

In addition to the direct rebates, lawmakers and governors across the country are considering cuts to sales taxes, property tax relief and reducing or suspending state gas taxes.

The proposals come at a time when many states actually have too much money on their hands because of billions of dollars in federal pandemic aid and ballooning tax revenue. It also is happening as the war in Ukraine has compounded soaring prices for fuel and other essentials.

And it is no coincidence that the relief is being floated during an election year, said Mark Brewer, a political science professor at the University of Maine. Maine’s governor’s race is one of many closely watched contests at the state level this year.

“There’s some real policy reason to do this,” Brewer said. “But at the same time, it’s also clear that this is an election year, and in an election year there are few things as popular as giving voters what voters see as free money from the state.”

The states are moving toward sending people money as consumer inflation has jumped nearly 8% over the past year. That was the sharpest spike since 1982.

Inflation boosted the typical family’s food expenses by nearly $590 last year, according to the Penn Wharton Budget Model, a project of the University of Pennsylvania’s Wharton Business School. Overall, the average family had to spend $3,500 more last year to buy the same amount of goods and services as they purchased in previous years.

In New Mexico, some have questioned whether Democratic Gov. Michelle Lujan Grisham’s plan for a $250 rebate goes far enough given how much consumer prices have risen.

Wayne Holly and his wife, Penny, were among the small business owners in the state who were forced to shut their doors early in the COVID-19 pandemic because of the governor’s public health orders.

Their T-shirt and screen-printing business narrowly weathered that storm but now is feeling the pinch again as the cost of materials skyrockets and customers look to keep their own bank accounts from being drained.

The rebate plan in New Mexico, and concerns about how much it will help, reflects a growing trend among states as they try to find some relief for their residents amid criticism that they could do more.

Many states are awash with record amounts of cash, due partly to federal COVID-19 relief funding. Measures enacted by presidents Donald Trump in 2020 and Joe Biden last year allotted a combined total of more than $500 billion to state and local governments. Some of that still is sitting in state coffers waiting to be spent.

“Overall, the fiscal condition of states is strong, and much better than where we thought states would be at the start of the pandemic,” said Erica MacKellar, a fiscal policy analyst at the National Conference of State Legislatures.

That’s given state officials greater confidence to consider tax rebates or direct payments to residents. But some financial experts are urging caution, noting that inflation also could drive up state expenses and wages.

“State legislatures should not rush into enacting permanent tax cuts based on what very well might be temporary growth in real revenues,” Lucy Dadayan, senior research associate at the Urban Institute, wrote in a recent analysis.

The relief plans vary by state. Minnesota Gov. Tim Walz, a Democrat, released a plan for spending the state’s budget surplus that included a proposal for income tax rebate checks of $1,000 per couple. In California, Democratic lawmakers have released separate proposals to send rebates of $200 to $400 to each taxpayer, while Gov. Gavin Newsom said he wants to distribute fuel debit cards of up to $800 to help ease the burden on residents paying the highest gas prices in the nation.

Democratic governors in other states have proposed other approaches. Pennsylvania Gov. Tom Wolf is seeking a one-time property tax subsidy for lower-income homeowners and renters. In Illinois, Gov. J.B. Pritzker has proposed halting a 2.2-cent increase in the motor fuel tax, suspending a 1% grocery sales tax for a year and providing a property tax rebate of up to $300.

New Jersey got out front early. Gov. Phil Murphy and the Democrat-led Legislature included cash checks of up to $500 to about 1 million families as part of a budget deal last year, when the governor and lawmakers were up for election.

Proposals for relief haven’t gone so smoothly in other states. Vermont Gov. Phil Scott, a Republican, has proposed returning half of a $90 million surplus in the state Education Fund to the state’s property taxpayers with a check of between $250 and $275, but the Democrat-controlled Legislature has shown little interest.

“Typically, when you overpay for something, you get some of that money back,” Scott said when he made the proposal earlier this month.

Key Inflation Gauge Slowed to 6.3% Over Past Year