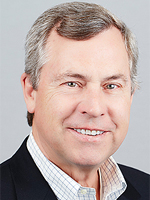 Technology provider Spireon announced the appointment of Kevin Weiss as CEO, and said that it reached the milestone of 3 million active subscribers for its telematics services.

Weiss, who had been CEO of Unitrends, replaces Marc Brugger. Irvine, California-based Spireon didn’t say why Brugger left the company.

Spireon also announced record-breaking sales for the first quarter, without disclosing a specific amount. It was the sixth consecutive quarter of double-digit revenue growth. Spireon also said its customer satisfaction index, based on a survey, has reached an all-time high.

“The growing adoption of vehicle telematics proves that the Internet of Things is not made up of distant technologies that we will see implemented far off into the future,” said Weiss. “We are leading the way in providing connected devices and solutions that serve as a viable business differentiator and competitive advantage for our customers.”