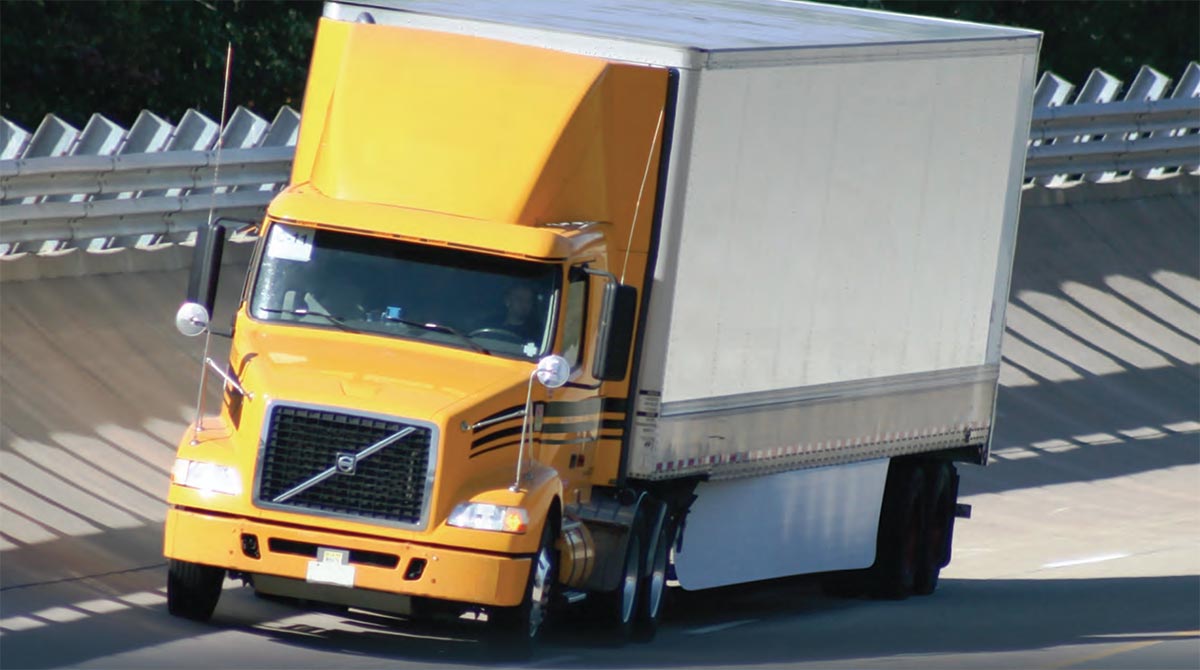 Provisions in the Phase 2 rule under EPA review include trailer aerodynamics such as this. (Ridge Corp.)

A notice from the U.S. Environmental Protection Agency to revisit parts of the Phase 2 final rule on greenhouse gas emissions from heavy- and medium-duty trucks isn’t likely to create changes quickly, as the agency has not presented plans for expedited action and environmental groups are vowing to pursue a challenge in a federal appeals court — once the case is no longer being held in abeyance.

On the timing of the review process covering the rule’s trailer and glider kit sections, an EPA spokesperson told Transport Topics, “We have not yet set a timeline for these actions. EPA would follow notice and comment rulemaking as required by the Clean Air Act.” 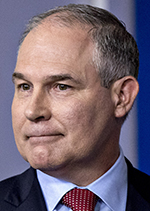 As to how the EPA will proceed, it said, “We are early in the process for these rulemakings. Once EPA issues a proposal, interested parties will have the opportunity to provide comment and EPA will consider all of those comments carefully before issuing a final rule.”

So the current rule will remain in effect “absent action by EPA or a court,” according to the agency.

The final version of Phase 2 was published by EPA and the National Highway Traffic Safety Administration in October 2016, during the final months of the Obama administration. The rule’s main focus is truck and engine standards to be rolled out in three stages through 2027.

Trucks and engines were not mentioned in the Aug. 17 statement from EPA Administrator Scott Pruitt on the agency’s website. Instead, Pruitt focused on trailers, which are being regulated by EPA for the first time, effective Jan. 1, and on gliders that combine new and remanufactured truck systems to produce vehicles that many operators find appealing. Glider rules also start Jan. 1.

The Truck Trailer Manufacturers Association filed suit against EPA and NHTSA in the U.S. Court of Appeals for the D.C. Circuit in December 2016. The case was put on hold in May and that hold has been extended through Sept. 18.

If the case gets to oral argument, the three judges assigned to hear it are Thomas Griffith, appointed in 2005 by former President George W. Bush, and two 2013 appointees by President Barack Obama, Sri Srinivasan and Cornelia Pillard.

TTMA had a mixed reaction to Pruitt’s statement, saying the association “is pleased with the agencies’ progress and looks forward to full administrative review of the trailer greenhouse gas rules.”

But it also said, “Our concern remains over the implementation date of those rules, which are still scheduled to begin ... just a few short months away.”

TTMA President Jeffrey Sims added in an interview he does not see how the EPA review can take less than one year and that 12 to 24 months is more likely.

The EPA response to questions said the legal abeyance period should “allow the parties to confer about the next steps in the litigation.”

Vera Pardee, a senior attorney for the Center for Biological Diversity, an intervenor in the case, said that her group will fight vigorously against lifting the trailer and glider rules and that it could be a very slow process.

For the EPA to change Phase 2, she said “the agency will have to overcome an extremely strong factual and scientific record. It will be a tough row for them to hoe, and they’ll be fought every step of the way.”

Pardee said there is no expedited option for changing the rule.

Staff members of the Motor & Equipment Manufacturers Association disagree. The group is interested in the glider rules, which should be relaxed, said Leigh Merino, MEMA senior director for regulatory affairs. MEMA does not represent trailer makers and does not take a position on that issue, she said.

She said her group generally approves of the Phase 2 rule because it builds on the actions set up in Phase 1, which took effect in 2014 and on Jan. 1 of this year. Certainty in the rules is valuable to manufacturers, Merino said. “We would like to move forward with a scalpel approach on gliders and look at certain elements” in a limited way.

The glider section in Phase 2 either caps production of gliders with older, rebuilt engines or requires engines that meet more recent pollution standards.

The EDF statement accused the federal agency of “capitulation to industry requests, ignoring the robust technical record confirming the cost effectiveness of pollution control technologies and efficiency standards for trailers, and the firm legal basis for these standards.”