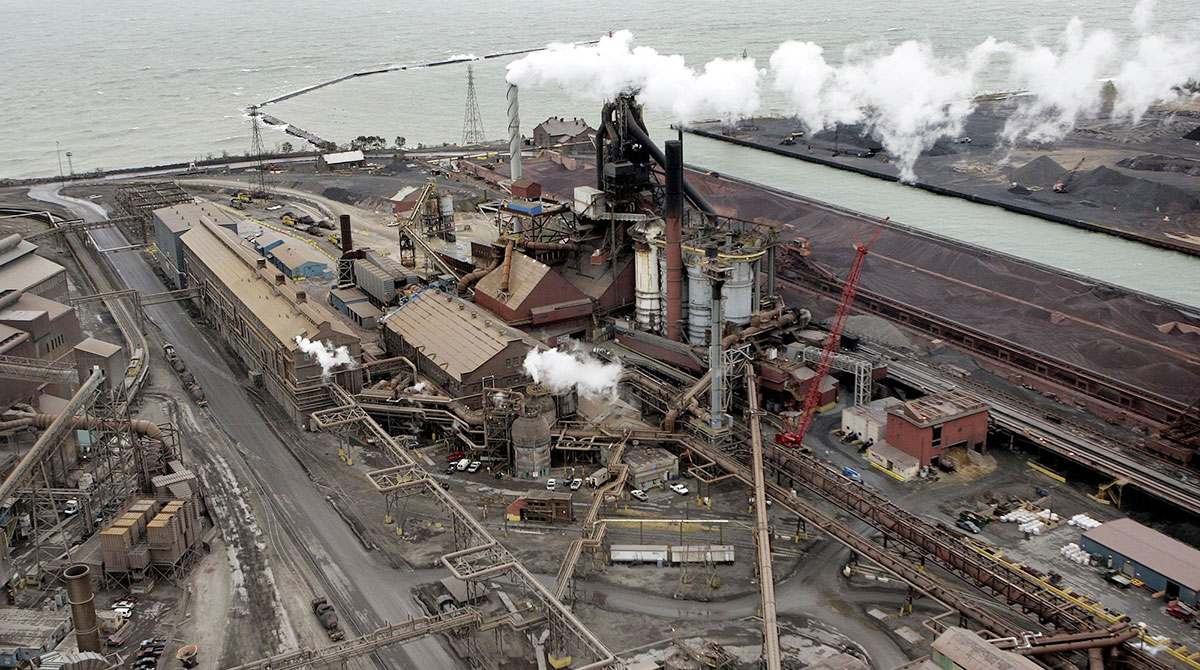 The record steel rally is starting to show early signs of cooling, with one top U.S. producer scouring for buyers to take over abandoned orders of high-end metal used by automakers.

U.S. Steel Corp. is offering metal originally earmarked for automotive customers who opted not to take up their full orders, an indication that an ongoing semiconductor shortage is causing longer-than-expected slowdowns in car production and curbing the need for steel.

The company last week offered nearly 50,000 tons of steel from its Gary, Ind., mill that it deemed “excess prime” — already melted, poured and formed for a customer making products like automotive sheet who ultimately decided they didn’t need the metal, according to documents seen by Bloomberg.

“It is absolutely not our practice to sell auto customer volume on the open market as excess prime,” the company said in an emailed statement. The company said it has seen “record performance so far in 2021, and bullish expectations for a continued strong market environment.” 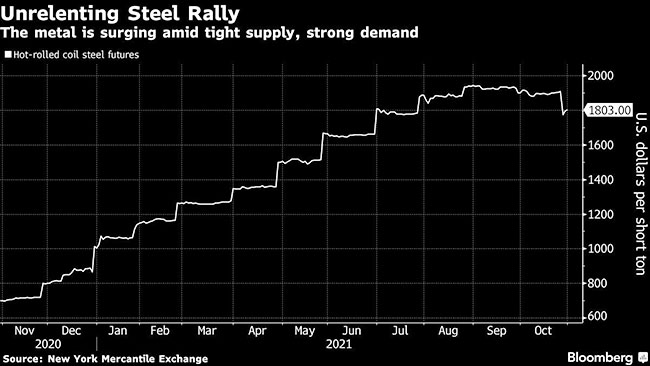 The steel coming out of the Gary facility — one of the biggest suppliers to the U.S. auto market — is new metal and includes a high-strength variety of the highest quality in the steel industry. It’s used in lightweight vehicles to meet environmental standards. It wasn’t immediately clear which automakers didn’t take their full allotment.

“While it is normal operating procedure for the company to have both non-prime and intermix slabs that we ultimately sell, U.S. Steel has been operating at normal levels for a long time, including last week, and these inventories are far below the levels suggested,” the company said in the statement. “Furthermore, none of our recent sales have been prime coil inventory that was produced for automotive customers.”

The shift in U.S. Steel order books points to pockets of weakening demand just as the U.S. and European Union struck a trade truce on steel and aluminum. The metal has been on a historic rally with prices near record highs, fueling inflation across a U.S. economy that’s facing slowing growth in part due to snarled supply chains. Those supply snags are keeping automakers from producing more vehicles to sell on dealer lots — though until now they appeared to sidestep the issue by taking maximum amounts of steel on their contracts.

The U.S. and the EU reached an agreement on Oct. 30 that allowed the allies to remove tariffs on more than $10 billion of their steel and aluminum exports each year. The deal exempts up to 3.3 million tons of EU steel imports from duties, indicating more metal could soon come to U.S. shores as American automakers are taking less than full orders.

The truce also comes as U.S. imports from China continue to dwindle on an annual basis, on pace to decline for a seventh straight year as tariffs make it expensive to buy metal from the nation. Meanwhile, China, the world’s biggest producer, intends to slow production, which would cause further strain on an already tight global market.

The amount of excess steel the Pittsburgh-based company is making available is in addition to about 65,000 tons offered in September, the documents show. Those volumes are well above the 3,000 to 5,000 tons the mill had available for immediate purchase as recently as the summer, when demand was roaring.

While it’s not uncommon for mills to sell excess steel, which can also be used by makers of oil tubes and buildings, the high quality and volume being offered by U.S. Steel is what makes this significant. The low amount the company offered in the summer didn’t include such high qualities, according to a person familiar with the process, but was instead mostly “defect” steel that didn’t meet the correct chemistry demanded by the customer.

The U.S. Steel offer goes directly to so-called service centers that supply equipment manufacturers and companies that make parts that go on cars. Offering the metal to them first instead of offering widely to all buyers doesn’t impact the benchmark index for domestic steel prices, which may fall if the market perceives there was excess supply when metal buyers have had trouble getting steel.

Carmakers at the start of October reported ugly third-quarter U.S. sales, battered by the global chip shortage. General Motors Co. took the biggest hit, with sales dropping by a third, though the company sees the fourth quarter improving with a steady flow of vehicles at plants to be released to dealers.

To be sure, U.S. Steel CEO David Burritt said during an Oct. 29 earnings call that auto customers are “foreshadowing” that the trough of the chip shortage may have passed and that their companies are adding to fourth-quarter and first-quarter manufacturing schedules.

Automaker contracts with steel producers usually have a minimum and maximum amount that they will take for delivery. The automakers, according to the person familiar, have been taking maximum deliveries of steel for most of this year given the strong demand for the metal, but in the past couple of months they’ve taken less than the maximum as chip shortages linger.