But Outlook Is Encouraging for 2021 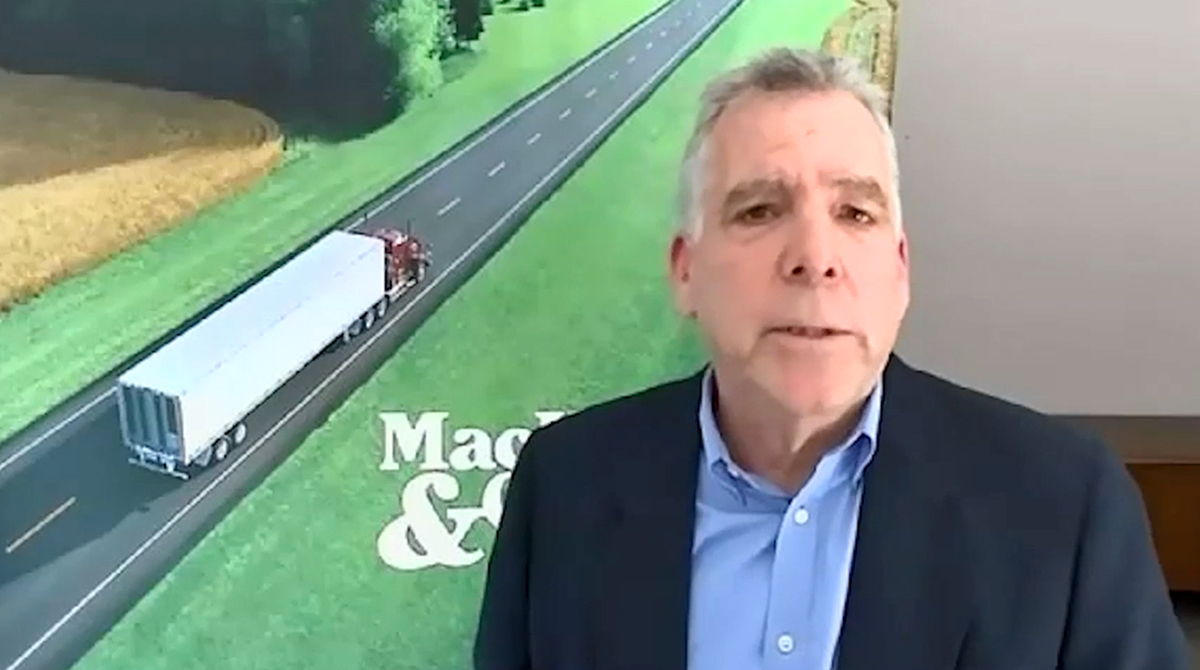 Shortages of technicians and drivers, and general economic growth topped the list of concerns in the aftermarket sector, an industry analyst said Jan. 26.

John Blodgett, vice president of sales and marketing at MacKay & Co., highlighted concerns from last year and projected what lies ahead during a symposium that was part of the virtual Heavy Duty Aftermarket Week 2021 conference.

“Every year we survey a group of fleets and distributors — independent parts distributors and truck dealers and basically anybody who sells parts to the aftermarket,” Blodgett said.

He noted that the survey found that fleets were most concerned about technician shortages going into 2020. That was followed by driver shortages and general economic activity, both of which have been in the top three for the past two years.

Distributors were most concerned with economic growth, followed by the presidential election and tariffs.

“Extending that chart a little bit to include 2021, we’ve got a new player this year,” Blodgett said, “COVID and the related impacts on business, which is the general economy. But COVID is still a concern for both the fleets and the distributors. Driver shortage is still up there with fleets.”

Blodgett added that he has been asked whether the driver shortage is an issue with fleets during this pandemic. He said that there has been a persistent shortage, so it is an ongoing issue.

“The distributors are also concerned about the parts availability and lead times,” Blodgett said. “That again has to do with seeing more and more articles about shortages potentially in steel, rubber, electronic components and supply chains being shut down because of COVID outbreaks. So, obviously, if you’re a distributor of parts, you want to make sure you have them on the shelf and that’s a concern. Both the fleets and the distributors are concerned about new government regulations and taxes.”

MacKay & Co. forecast that the aftermarket industry would be up 1.2% for the year in early 2020. Not a huge increase, but positive. Then the pandemic hit, and by the end of the year the market was down 9.2%.

“That change down to 9.2% is actually not as bad as where we were in the middle of the year,” Blodgett said. “We were forecasting the market being down 19% for the year. A little bit higher. So while we don’t like negative 9.2% down for the year, it is better than where we were. We’ve actually had a pretty good second half of 2020, which helped keep that market up.”

He noted that retail sales for medium- and heavy-duty trucks and trailers finished the second half of the year better than projections in July. But they were still down compared with 2019. Class 8 sales were forecast to be 195,000, but that dropped to 125,000 by April. 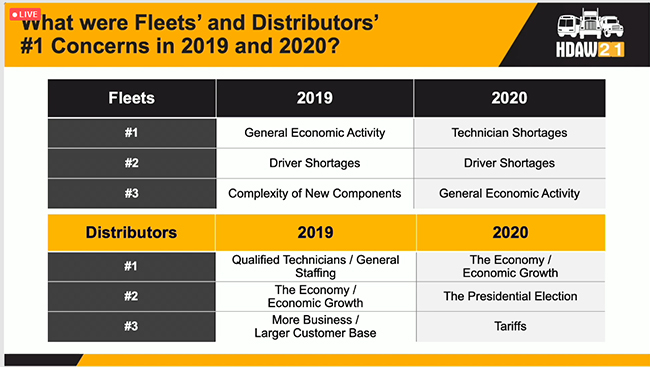 “Last year was a difficult year to forecast just about anything,” Blodgett said. “Looking out, [2021] is a fairly positive year. Medium-duty vehicles is about 100,000. That’s below the 10-year average, but not terrible. Class 8 is a little bit above the 10-year average at 219,000. Trailers are anticipated to have another strong year of 262,000 — basically just close to the 10-year average.”

Blodgett also discussed fleet utilization over the past year.

MacKay & Co. surveyed about 800 fleets of various sizes and vocations each quarter. The surveys found a sizable drop in utilization in the second quarter but that improved in the later half of 2020.

“We had a big drop-off in the second quarter,” Blodgett said. “It is bad historically, but it’s not as bad as we thought it was going to be. It makes it maybe look a little worse than it is, but it was definitely a bad quarter. The nice thing is the third and fourth quarters picked up quite a bit.”

He added that the last two quarters still were not up to historic levels despite the improvement. Fleet utilization was at 81.2% for the first quarter, then 67.8% in the second. It rebounded to 80.8% in the third quarter before settling at 79.8% in the fourth.