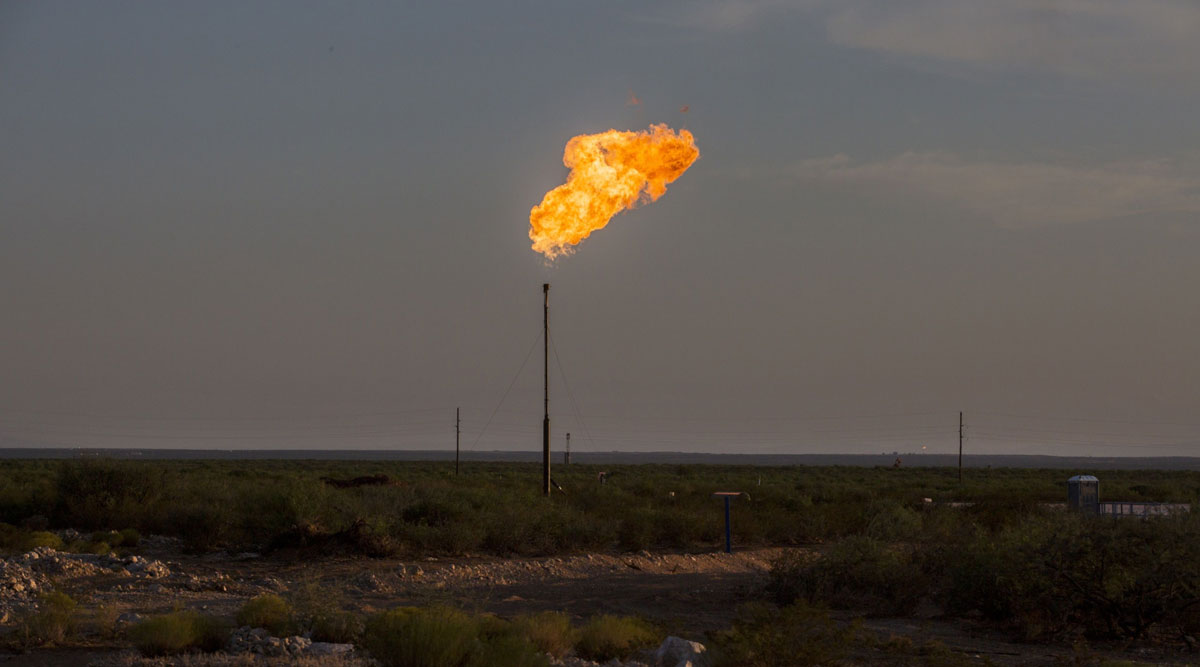 A gas flare is seen in a field near Mentone, Texas, in August 2019. (Bronte Wittpenn/Bloomberg News)

Range Resources Corp. is selling its Louisiana shale fields for about one-tenth of what it paid for them just four years ago as depressed natural gas prices hammered the heavily indebted driller.

Range agreed to sell the assets acquired in its 2016 takeover of Memorial Resource Development Corp. to Castleton Resources for $245 million, according to statements by both companies Aug. 3. Range stands to reap an additional $90 million in the future, contingent on higher commodity prices.

The $335 million potential total value compares to the approximately $3.3 billion Range originally paid in an all-stock deal for the fields. The biggest-ever deal for Range turned into a bust when the company’s geologists and engineers soured on the quality of the rocks in early 2018.

Range also is cutting 100 jobs, or about 17% of its workforce, mostly as a result of the sale, Chief Financial Officer Mark Scucchi said during a conference call with analysts Aug. 4.

The sale is expected to close this month, and the effective date will be backdated to Feb. 1, according to the statement. Castleton Resources is owned by Castleton Commodities International and Tokyo Gas Co.