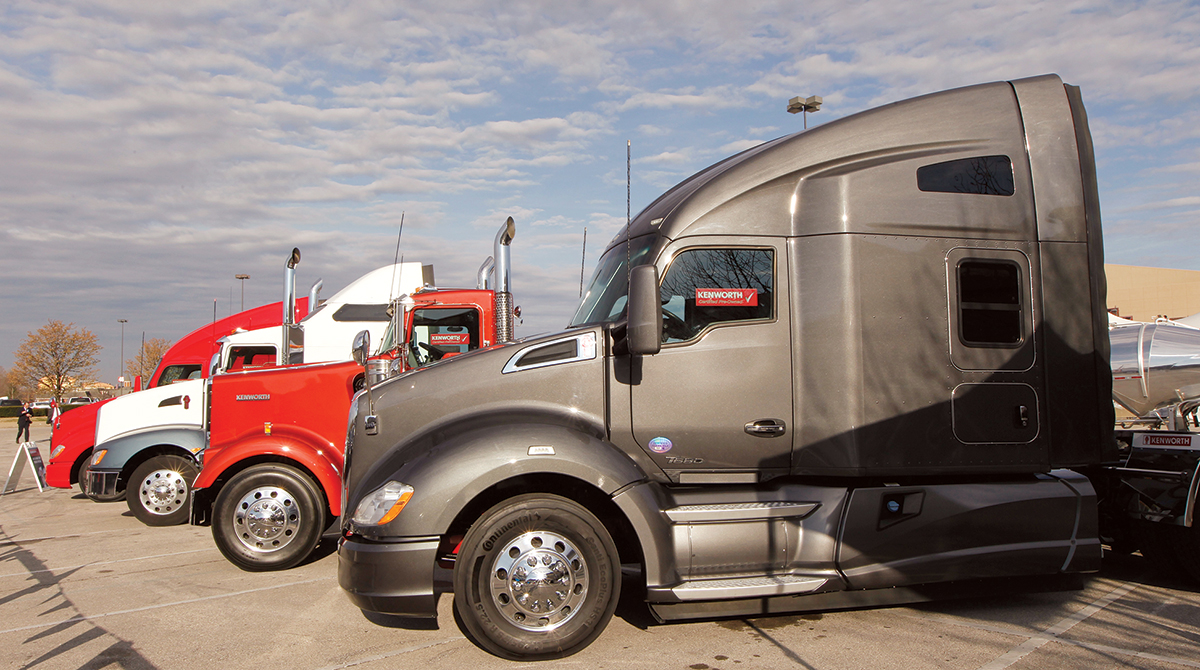 “Now is probably the time when folks start to say ‘the market is getting kind of peakish,” Tam told Transport Topics.

He said at two recent auctions a week apart there was a 10% increase in price for basically the same Class 8.

Ultimately, things will slow down gradually, he added. “The market is not going to crash.”

Tam said, longer term, the people paying top dollar for trucks right now, if they want to sell in a few years, “they might be in a bit of a pickle. Their equipment may be overvalued if they don’t write it down.”

The average age was 6 years, 8 months. That compared with 6 years, 4 months a year earlier.

One large carrier with about 2,500 tractors sympathized with small carriers running older trucks in a market where new trucks are in short supply and used trucks are more expensive to maintain.

“I would hate to be a small carrier running a 7-year-old truck,” Tripp Grant, chief accounting officer at Covenant Logistics Group, said during a recent earnings call.

“We’re not going to get the order that we want next year. We’re not going to get a total order I mean. Our average age of 22 months will continue to increase because truck makers can’t manufacture the trucks. And so if you’re sitting there with a 7-year-old truck that you’re going to run another two years, I mean, the maintenance costs in itself will implode them.”

Covenant Logistics Group ranks No. 46 on the Transport Topics Top 100 list of the largest for-hire carriers in North America.

If you look at what’s happening in the freight markets, Tam said, they are still very robust, both spot and contract freight rates are still on the rise. “But like almost everything else that we look at, they seem and feel like they are getting near the top. So it’s just a matter of time for them, as well, before they start to roll over.”

He added that progress is being made on the driver side, which helps eliminate some of the capacity strain. “That’s really what we are looking at as part of the catalyst for normalization of the market. The other side is freight growth. It can’t continue to grow forever, at least not at the rate it is.”

Meanwhile, the service departments at dealers are fighting the same battles that everybody else is when it comes to having the parts to recondition or repair a truck.

“The difference with a used truck is they tend to be the last in line to get the part,” Tam said. “If you have a new truck in the shop waiting on parts, you have a carrier that’s down. As much as we tend to focus on the supply chain, uptime is actually everything. So it is very tough for the used truck guys. They are taking parts off of other trucks, doing whatever they have to do to make it roll.”