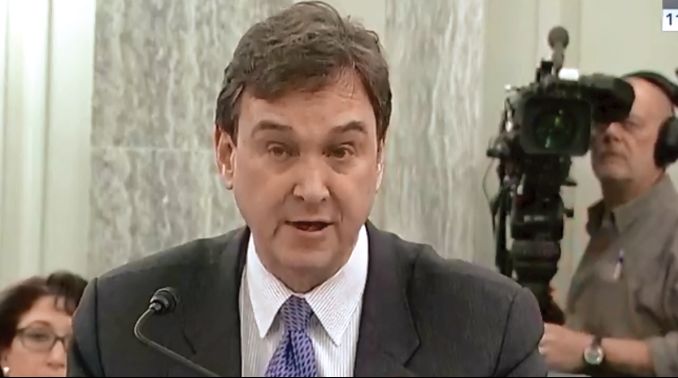 Joel Szabat has been carrying out the undersecretary’s duties in an acting capacity. (House Transportation & Infrastructure Committee via YouTube)

The Senate Commerce Committee on July 22 easily approved the nomination of Joel Szabat to become undersecretary of transportation for policy at the U.S. Department of Transportation.

Szabat, currently carrying out the undersecretary’s duties in an acting capacity, told senators last month the department’s next version of autonomous vehicle guidance would be released later this year.

“A priority of mine, in support of Secretary [Elaine] Chao’s vision, is to continue to work to safely integrate emerging technologies, including drones and other autonomous vehicles, into our existing national aviation and surface transportation networks,” he said. “We are in the process of endorsing a standardized list of advanced driver assistance systems terminologies this year through the ‘Clearing the Confusion’ initiative. By the end of this year, we will release the fourth iteration of our autonomous vehicle federal guidance.” 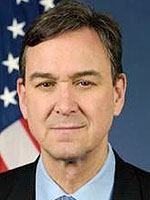 He also touted the department’s focus on upgrading rural freight and commuter corridors. Specifically on freight policy, he explained in written remarks, “The department is working to complete the National Freight Strategic Plan by later this year.”

He continued, “In December, the department requested information from states, local governments and other stakeholders to inform the development of the national freight strategy. The completion of the National Freight Strategic Plan will directly lead into the identification of the National Multimodal Freight Network.”

Szabat went on to emphasize the significance of approving long-term policy measures as they relate to highway and freight programs. As he put it, “Longer authorizations provide more certainty to local governments and drive down construction costs.”

During the pandemic, the nominee was named as a member of the White House coronavirus task force. He explained to a Senate committee earlier this year, “Successful containment and mitigation of the virus to keep the American people safe will depend on the efforts of all levels of government, the public health system, the transportation industry and our communities.”

The Senate panel has jurisdiction over trucking policy. The nomination advances to the floor of the chamber. Floor managers have yet to schedule a vote on it.

“If confirmed, he would have a key position in matters like ensuring the safety of our transportation networks in the wake of COVID-19 and working on the surface transportation reauthorization bill,” said committee ranking Democrat, Sen. Maria Cantwell of Washington.

Last year, Szabat was confirmed by the Senate to the position of assistant secretary-aviation and international affairs. He was executive director of the Maritime Administration from 2011 to 2018.