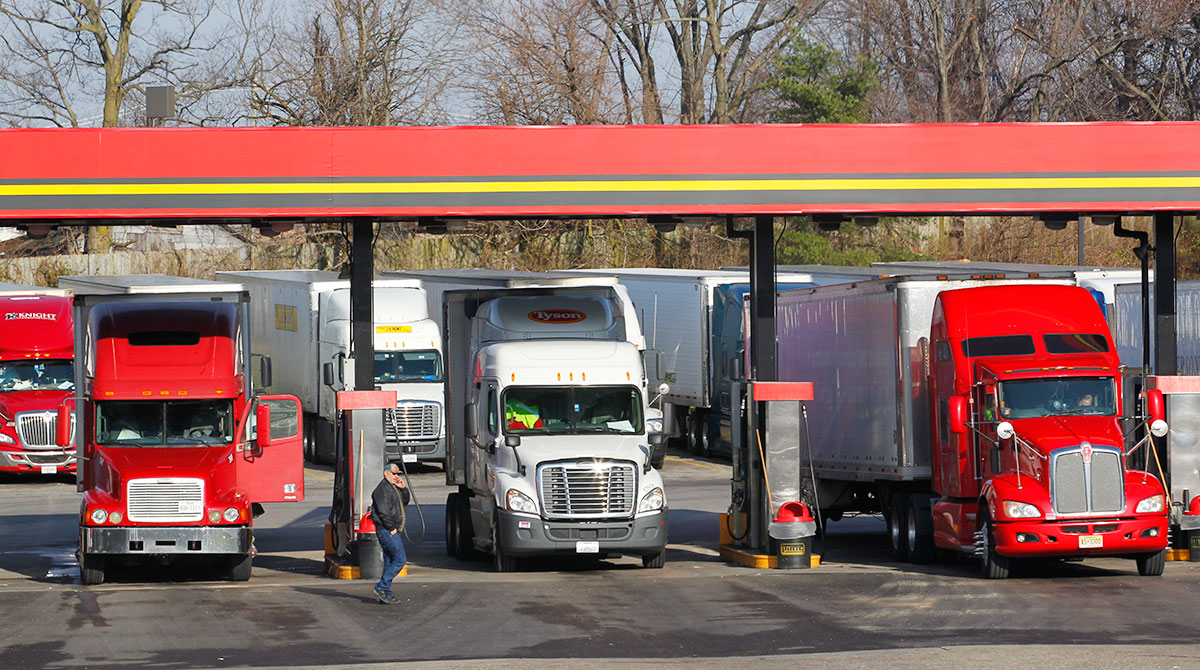 Drivers fuel their trucks at a Pilot Fuel Station off of Interstate 71, 75 in Walton, Ky. (John Sommers II for Transport Topics)

A fleet of tankers laden with Russian diesel heading to the U.S. East Coast may help to alleviate the most expensive retail prices for the fuel in seven years.

Four tankers with 2 million barrels of Russian diesel aboard, the most in data going back to 2018, are set to arrive next week, as natural gas-rich Russia cranks up diesel-producing units that are dependent on a feedstock extracted from costly natural gas, according to Vortexa Ltd.

“Russia is better positioned to supply diesel than other refiners in Europe because of its access to cheap natural gas,” says Clay Seigle, a managing director for Vortexa in Houston. “It’s very rare we’d see volumes this large coming to the East Coast.”

The cargoes will arrive in New York and New Haven, Conn., at a time when refinery maintenance in the U.S. has tightened the supply of fuel to region. Irving Oil Ltd.’s St. John refinery in Canada, a traditional supplier of fuels to the East Coast, is restarting units after undergoing planned work since late September. The region typically gets most of its imports from Canada.

Russia has been withholding flows of natural gas to Europe amid a spat related to approval of the controversial Nord Stream 2 pipeline. But the nation is boosting exports of diesel. Flows from the Baltic port of Primorsk are set to reach the highest since at least 2016.