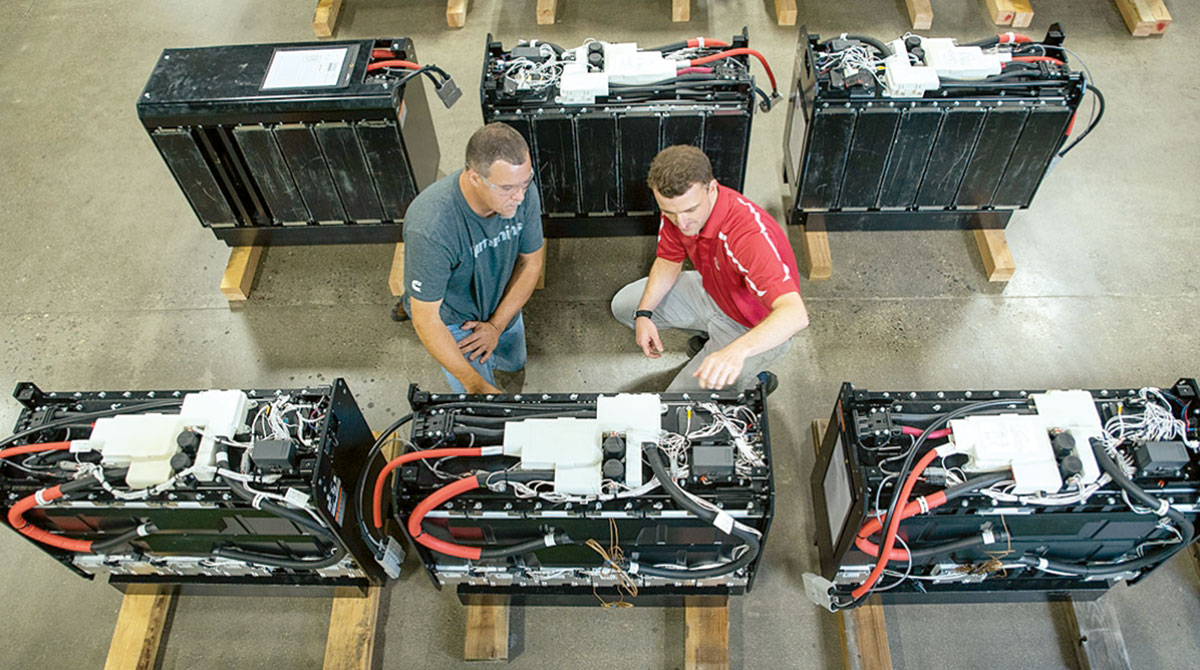 Soaring commodity prices and supply chain bottlenecks threaten to push up the cost of batteries seen as crucial in the fight against climate change.

Higher raw material costs could push the average price of a lithium-ion battery pack to $135 per kilowatt-hour in 2022, a 2.3% gain from this year’s level, according to BloombergNEF’s 2021 Battery Price Survey. It would mark the first increase in prices since at least 2010, when the average cost was $1,200/kWh.

BNEF still predicts battery prices can fall as low as $100/kWh by 2024, though that timing now is less certain. Analysts say that target could be pushed back two years if inflation pressures persist, hurting the economics of energy storage technology. 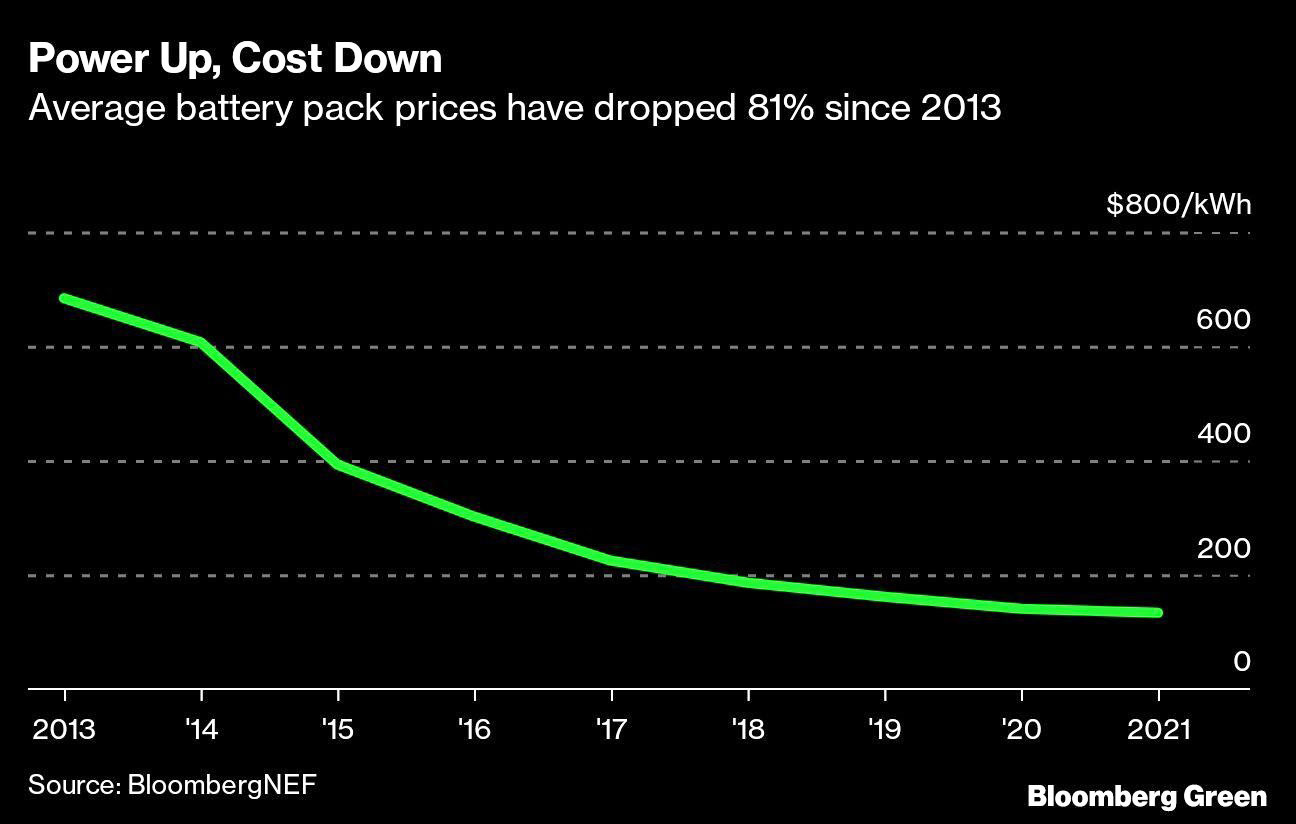 The inflation threat presents a risk to the transition from fossil fuels, with ever-cheaper lithium-ion batteries critical for the mainstream adoption of electric vehicles. Ford Motor Co. and Renault SA have set battery pack price targets of $80/kWh by 2030, and Nissan on Nov. 29 announced a strategy to bring the cost down to $75/kWh by 2028.

“This creates a tough environment for automakers, particularly those in Europe, which have to increase EV sales in order to meet average fleet emissions standards,” said James Frith, BNEF’s head of energy storage research. “These automakers may now have to make a choice between reducing their margins or passing costs on, at the risk of putting consumers off purchasing an EV.”

Battery producers in China, the top electric-vehicle market, have been raising concern for months over tight supply and rising costs of some raw materials. China-based SVolt Energy Technology Co., which has an agreement to supply Jeep-maker Stellantis NV, flagged issues with materials including copper foil, while Gotion High-tech Co., a partner of Volkswagen AG, told customers in mid-October it needed to raise battery prices, citing pressure from surging commodities.

Even though battery prices dropped 6% this year to a record-low $132/kWh, costs already had started rising in the second half, according to BNEF. One reason is the higher cost of lithium iron phosphate after Chinese producers raised prices by as much as 20% since September. BNEF expects some constraints, such as China’s production curbs due to tight power supplies, to ease by early 2022.

This year also showed an increase in the relative cost of cells versus the packs they help constitute. For battery-electric vehicle packs in particular, cells now account for 82% of the total pack price, BNEF’s report said. Battery packs were the cheapest in China, at $111/kWh. U.S. and European prices were 40% and 60% higher, respectively.