Rhode Island to Repave Pothole-Ridden I-295 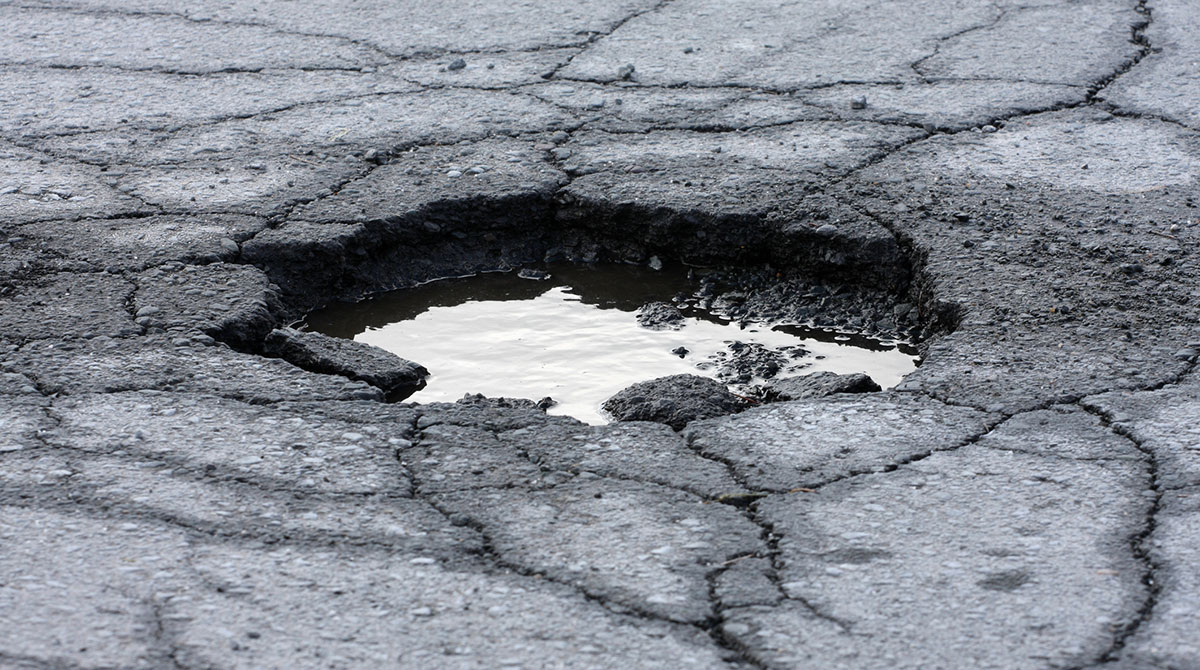 Rhode Island Gov. Dan McKee has kicked off repaving the state’s Interstate 295 corridor, a key north-south freight route last paved 18 years ago and known as a poster child for potholes.

“Infrastructure has always been a crucial component of Rhode Island’s economy, and we know it is essential to continuing our economic momentum,” McKee noted Sept. 7, when announcing the project, among the first in a five-year plan to repave the state’s worst roads.

The governor’s office referred to the Rhode Island Department of Transportation I-295 corridor repaving project as “one of the poster children for potholes and rough surface” in the state.

We have a plan and historic funding to tackle RI’s worst roads and bridges.

“Turning around decades of neglect is no small feat, but RhodeWorks [a state infrastructure rebuilding plan] is now supercharged by the federal infrastructure bill and stronger than ever,” said Lt. Gov. Sabina Matos.

Overall, Rhode Island will see $1.7 billion in federal infrastructure funds for highway and bridge maintenance and repairs over five years. This influx of federal funds accelerated by two years repaving I-295 (from I-95 to Rhode Island Route 5), according to RIDOT. This windfall is expected to enable RIDOT to start over 100 construction projects (valued at $2.2 billion) about four years sooner than planned and result in more than $100 million being made available for pavement funding.

McKee said the federal funding and state plan allow Rhode Island “to finally tackle” its worst roads and bridges. RIDOT will spend $492 million to resurface state roads during the next five years.

The $36 million, I-295 project calls for repaving more than 40 miles of interstate highway over I-295 (both northbound and southbound) from the Massachusetts state line in Cumberland to the I-95 interchange in Warwick, located 12 miles south of Providence. Plans also include resurfacing two small sections of deteriorated pavement on I-95 in Pawtucket (from Lonsdale Avenue to Walcott Street) near the Massachusetts border.

RIDOT’s 2022 Freight and Goods Movement Plan Interim Update listed in fair condition 45% of its interstates and 62% of non-interstate roadways in the National Highway System using 2018 figures as a baseline.

Working from north to south, RIDOT will resurface I-295 from the Massachusetts state line to the U.S. Route 44 interchange before final part repaving from Route 44 to I-95. Paving on- and off-ramps will occur next spring. Project completion is slated for 2024.

Massachusetts is responsible for most of the inbound trucking freight, while outbound truck traffic primarily carries freight destined for the Northeast region. Trucks accounted for 33% of the 40,000 total average daily vehicle traffic along I-295. Most of Rhode Island’s truck freight involves regional transportation to and from neighboring Massachusetts, Connecticut, New Jersey, New York and Pennsylvania.