Retail Sales Top Estimates as Core Measure Up Most in Year 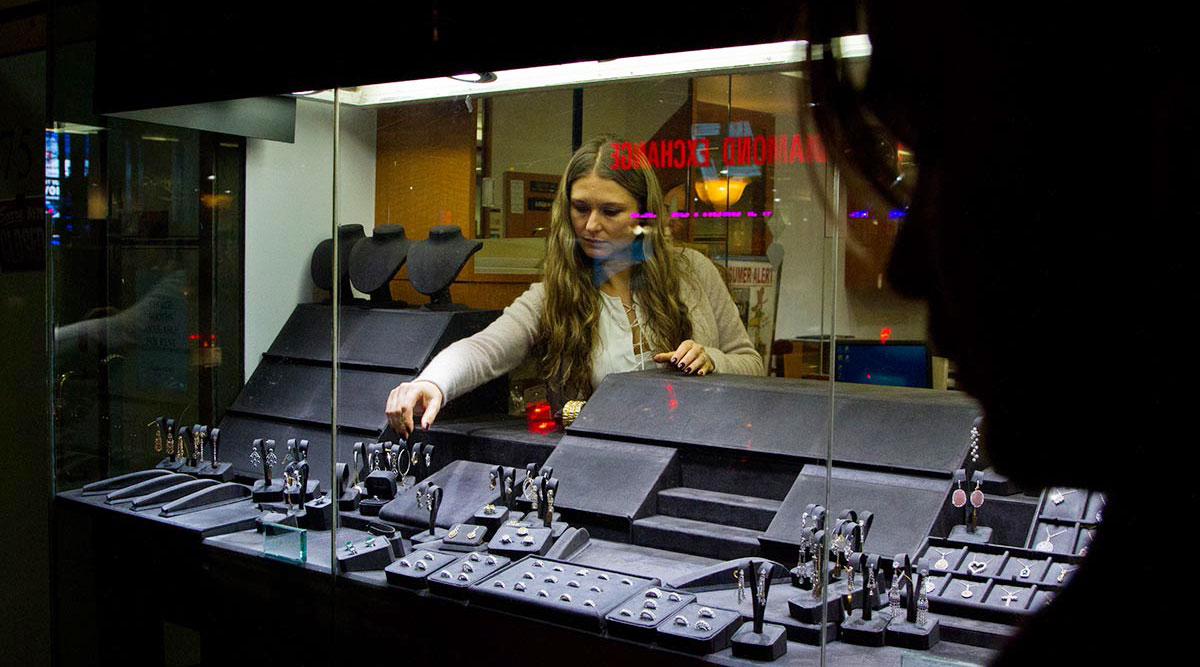 U.S. retail sales topped forecasts in November as a key measure jumped by the most in a year and October figures were revised higher, indicating consumers are giving a bigger boost to the economy than expected this quarter.

The value of overall sales rose 0.2% after a 1.1% increase the prior month, Commerce Department figures showed Dec. 14. The median forecast of economists surveyed by Bloomberg called for a 0.1% gain.

Sales in the so-called control group subset, which some analysts use to gauge underlying consumer demand, climbed 0.9%, more than double projections, following a 0.7% increase in the prior month. The measure excludes food services, car dealers, building-materials stores and gasoline stations.

The report may alleviate some concerns that growth is significantly weakening and should bolster views that consumer strength is extending into the fourth quarter following two periods of robust gains. Lower fuel prices may have given a lift to other retail categories, as Americans took advantage of Black Friday sales that kicked off the holiday-shopping season. 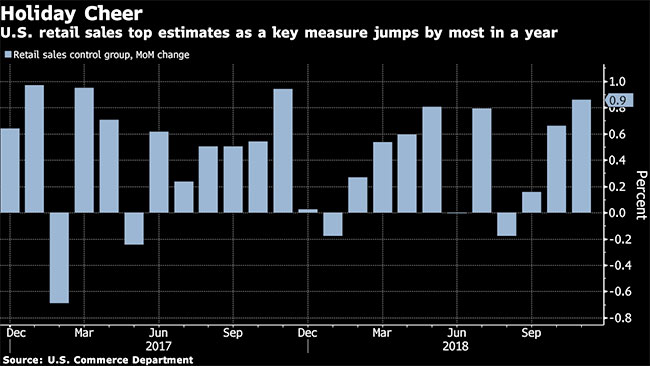 The gain also reinforces traders’ bets that the Federal Reserve will lift interest rates next week for the fourth time this year. The figures may support the case for further tightening in 2019 after investors and economists marked down their projected paths for borrowing costs.

Nine of 13 major retail categories showed increases in November, according to the Commerce Department data. The nonstore category, which includes online shopping, jumped 2.3%, the most in a year. Other solid gains were recorded at furniture and home furnishings stores, electronics and appliance vendors and health and personal care stores.

Filling-station receipts decreased 2.3%, the biggest decline since May 2017, the report showed. The Commerce Department figures aren’t adjusted for price changes, so lower retail sales in the category can reflect lower gasoline costs.

Sales at automobile and parts dealers rose 0.2% after increasing 1.5% in the prior month. Industry reports previously showed unit vehicle sales declined 0.6% from the prior month.