Retail Sales Jump Most Since 2017 on Autos, Gasoline 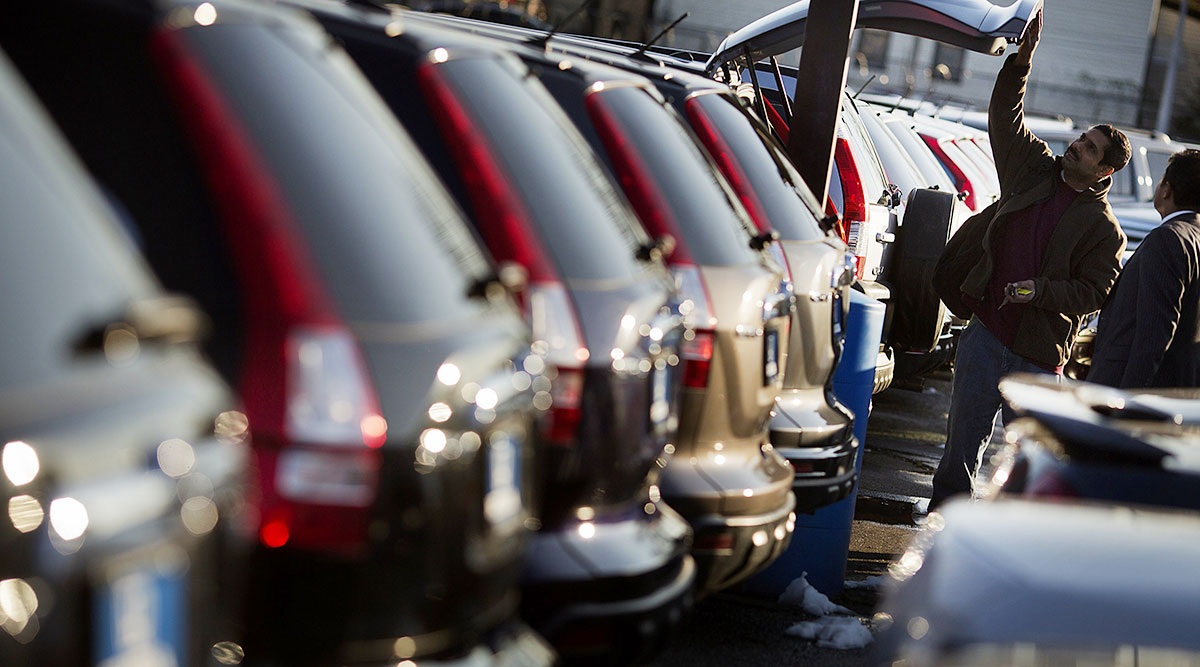 U.S. retail sales jumped by the most since September 2017 as gains in motor vehicles and gasoline stations boosted sales, signaling consumers are giving the economy greater support.

The value of overall sales in March rose 1.6% after an unrevised 0.2% decrease the prior month, according to Commerce Department figures released April 18. That exceeded all forecasts in Bloomberg’s survey calling for a 1% gain.

A separate report April 18 from the Labor Department showed filings for unemployment benefits fell last week to a fresh a 49-year low. U.S. stock futures rose just after the report before paring gains.

The stronger data signal consumers may continue to drive the expansion amid solid wage gains, low unemployment, and policymakers indicating interest rates will remain on hold this year. The rebound, after a December plunge, may help offset an inventory overhang that’s poised to weigh on growth later this year. 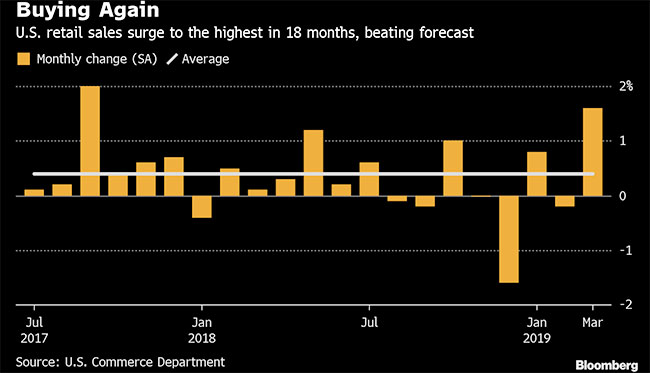 Automobile dealer sales rose 3.1%, the most in 18 months, after a drop the prior month. Industry data from Ward’s Automotive Group previously showed unit sales rebounded in March.

Twelve of 13 major retail categories increased. Sales at clothing stores increased 2%, the most since May, while food services posted a 0.8% gain, the best since July. Nonstore retailers held up with a second straight 1.2% rise, as sporting goods and hobby stores saw the lone decline.

Federal Reserve officials, who have signaled they will remain patient on any policy rate changes amid low inflation and gathering uncertainty, will be watching for indications whether consumer spending gains are likely to be sustained over time.

Sales at filling stations increased 3.5%, in line with the prior month, the report showed, as oil prices rallied. Another Labor Department report this month showed gas prices rose 6.5% in March, the most since September 2017.

US Retail Sales Drop, Hinting at Shift to Spending on Services