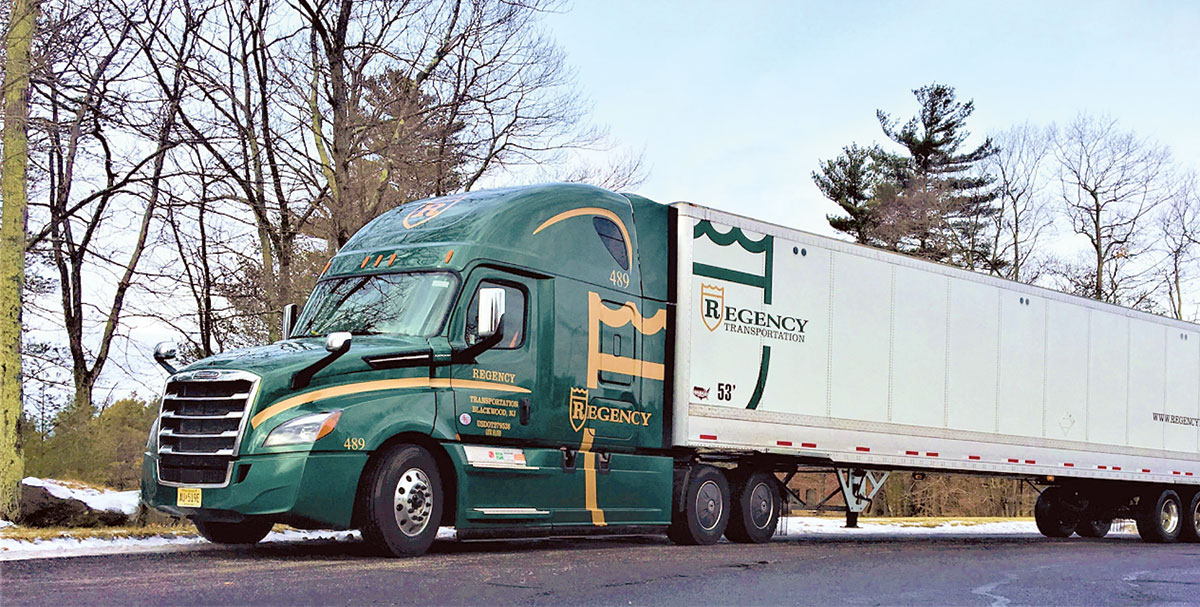 Regency Transportation, a family-owned dry van truckload and warehousing firm based in Franklin, Mass., has agreed to purchase Sweeney Transportation in Chicopee, Mass., for an undisclosed amount.

It is the fourth acquisition by Regency since founder Rick Giroux launched the company in 1985 with one tractor and a borrowed trailer. The company acquired John Jeffrey Inc. in Gloucester City, N.J., in 2004, Sun Transportation in Worcester, Mass., in 2007 and Ferris Transportation in Brimfield, Mass., in 2012. Regency now operates 150 tractors and 675 trailers, and its warehousing division provides 500,000 square feet of storage space in five locations in the Northeast and Mid-Atlantic.

Sweeney operated primarily as a regional less-than-truckload carrier and has seen its business decline in recent years, according to Ed Rodricks, president and chief operating officer of Regency, who said the facility in Chicopee will be used as a base to expand truckload and warehousing operations.

“We’re not interested in LTL,” Rodricks said in an interview with Transport Topics on March 30.

Virtually all of Sweeney’s employees, including 16 drivers and two mechanics, will be added to Regency’s workforce of about 200 full-time employees, Rodricks said. The company also will acquire an 8.5-acre site that includes a 46,000-square-foot office, maintenance shop and warehouse but will not keep any tractors or trailers used by Sweeney in its business.

“It’s not suitable for our work,” Rodricks said of the equipment. He added that Sweeney’s drivers also were not compliant with new federal regulations requiring the use of electronic logging devices to record hours worked.

Sweeney’s fleet consists of 33 tractors, six straight trucks and 94 trailers, according to registration data on file with the U.S. Department of Transportation.

Marty Sweeney, the son of founder Michael Sweeney, will stay on in a consulting role at Regency. Marty’s son, Mark, will assume responsibility for transportation and warehousing operations in Chicopee, and Marty’s daughter, Kathy, will take over as director of human resources for all Regency operations.

Rodricks said the new location and additional drivers will give Regency a boost as it tries to keep up with surging demand for freight hauling in a market where it is difficult for carriers to expand because of a lack of drivers.

“This is a very exciting opportunity for Regency to grow its footprint and gain market share in our core regions,” Rodricks said.

Although he declined to reveal annual revenue for either company, Rodricks said the purchase of Sweeney will add 15% to total revenue for Regency this year.