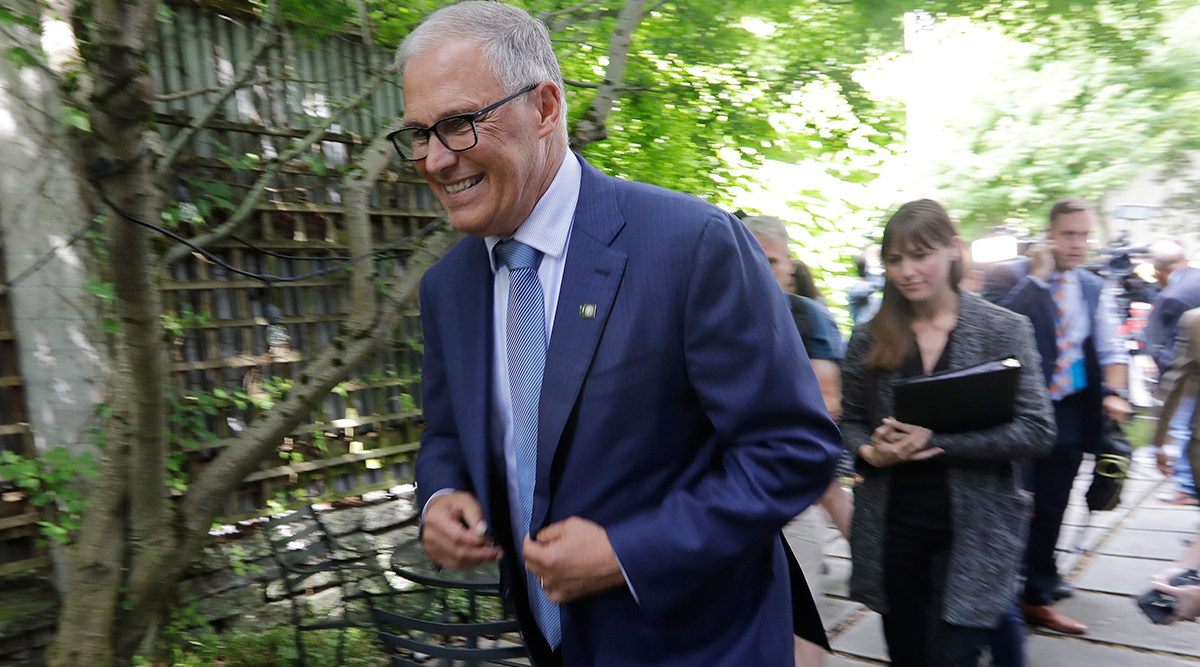 Washington Gov. Jay Inslee is one of the prominent voices lending support for a high-speed rail.

Last week’s vote in Washington state to roll back car registration fees has scrambled transportation budgets. But Pacific Northwest rail advocates are undeterred in pursuing their vision of a bullet train connection among Portland, Seattle and Vancouver, Canada.

Microsoft hosted a high-power meeting of state policymakers, train manufacturers and rail supporters at the software giant’s headquarters Nov. 7 in conjunction with the U.S. High Speed Rail Association. At the Cascadia Rail Summit, enthusiasm to build a bullet train capable of going from Seattle to Portland — or to Vancouver — in one hour rubbed against an anti-tax message from the passage of Washington Initiative 976.

After bemoaning that the state’s highways, bridges, ferries and railcars “are on a glide path to failure,” Washington Department of Transportation Secretary Roger Millar laid out the case for building an ultra-high-speed railway on dedicated track.

“As we regroup here in Washington state and think about investing $50 billion in ultra-high-speed rail,” Millar said, “do you think we’ll ever get to a place where highway expansion keeps up with economic expansion and population? It will not happen. It cannot happen.” 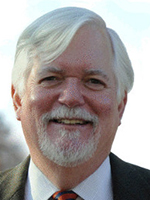 Millar estimated a cost of about $108 billion to add one additional lane to Interstate 5 in each direction from the Oregon border to the Canadian border.

“One hundred and eight billion dollars and we’ve got another lane of pavement in each direction, and it still takes you all day to get from Portland to Vancouver,” he told the audience. “Half of that invested in ultra-high-speed rail, and it’s two hours. That’s game-changing stuff.”

Washington Gov. Jay Inslee added his endorsement of high-speed rail in a videotaped message played at the conference. Democratic state Sen. Marko Liias, who was in attendance, said he doesn’t see the anti-tax mood of the electorate as a setback.

“We’re going to rely on new tools like public-private partnerships, interjurisdictional cooperation with the B.C. government — maybe with the Canadian federal government,” Liias said in an interview. “We’ll clearly need federal partners here in the U.S.” 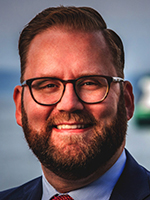 “I don’t see Tuesday’s election as a reflection on the viability of this project,” added Irene Plenefisch, director of government affairs for Microsoft, in a separate interview.

Oregon, Washington, British Columbia and Microsoft are cooperating on a study of governance and funding options. That study follows up on a business case analysis delivered this summer, which judged the project as viable and conservatively estimated ridership of at least 1.7 million passengers per year.

Neither the states nor the province are committed to actually building a high-speed train at this point. The vision painted by the feasibility studies entails trains traveling at speeds up to 250 mph on a newly acquired right-of-way that features extensive tunneling and elevated trackway.

We do know car tabs will not work to pay for it, quipped a strategic consultant during a panel discussion. Lots of other financing ideas were tossed out including revenue sharing from a possible carbon tax, congestion pricing, business partnerships or special property tax assessments on development around future stations.

“This is going to be a huge lift,” Democratic state Rep. Jake Fey, chairman of the House Transportation Committee, told the conference audience.

“In the short- and medium-term, prioritize Amtrak Cascades at a fraction of the cost and get similar results,” Barkis said in an interview.

The current Amtrak Cascades service maxes out at 79 mph and runs on tracks owned and heavily used by freight railroads.