Proterra Eyes US Battery-Cell Facility Within Next Few Years 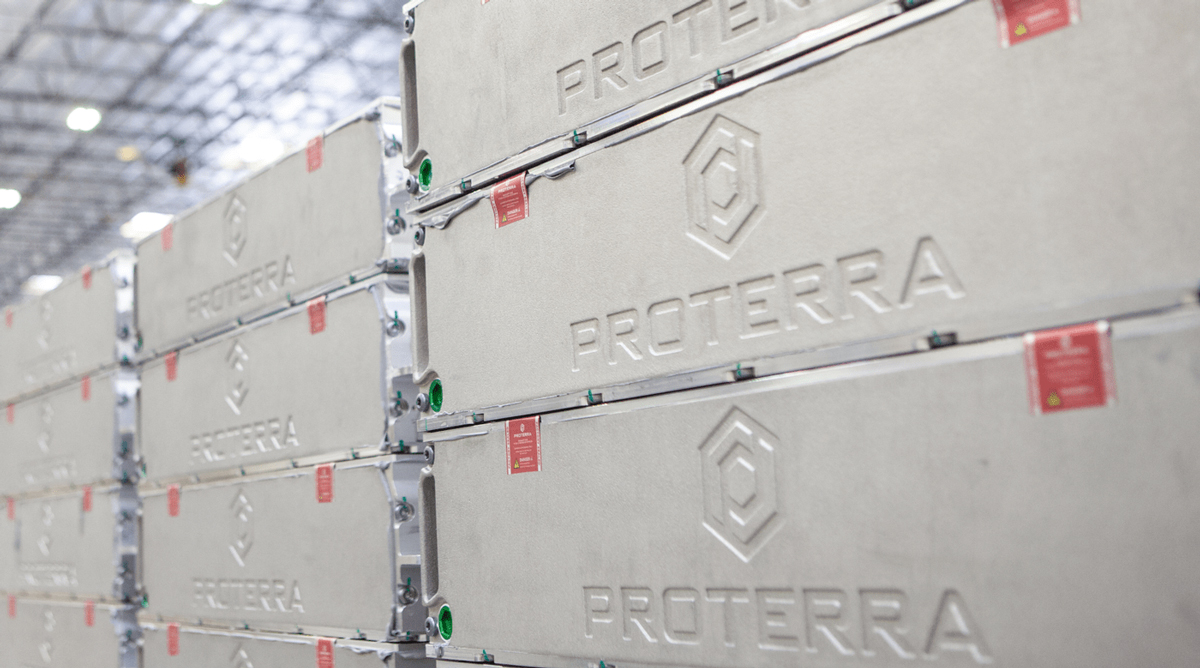 Proterra Inc., the electric-bus and battery maker that joined the Nasdaq Global Select Market, is planning a domestic battery-cell manufacturing facility within the next few years.

“It’s an imperative initiative for Proterra for our future growth,” Jack Allen, the company’s chief executive officer and chairman, said in an interview June 22 at the company’s factory in the Los Angeles area. “We are committed to working with our partners to be able to bring cell manufacturing to the U.S.”

For electric-vehicle makers, success hinges in part on securing the most critical and expensive component: battery cells. A handful of companies based in China, Japan and South Korea make automotive-grade battery cells, which are key to manufacturers’ goals of bringing dozens of new electric powered vehicles to U.S. roadways.

But strained logistics, production delays and a scramble for long-term contracts have put pressure on companies to lock up a steady supplier amid a new battery arms race. The Institute for Defense Analyses, a nonprofit that examines national-security issues, said battery manufacturers have taken on an “outsized importance” and warned the U.S. hasn’t coordinated domestic supplies on the scale that Europe has.

“This industry is at an incredible inflection point,” he said. “We think it’s imperative to be able to accelerate that growth to have supply here.”

Proterra said in April that it projects investing $100 million to $120 million on domestic cell capacity.

The Burlingame, Calif.-based company makes electric-transit buses and battery packs at its plant in the City of Industry in Southern California. It invested $20 million to build the battery facility within the existing bus factory, a project that was completed last year and is capable of producing 675 megawatt-hours annually, Allen said.

Now, the company, which also has a bus factory in South Carolina and does research and development in the Bay Area, is looking to replicate that facility elsewhere in the U.S.

Proterra agreed to go public in January through a merger with special purpose acquisition company ArcLight Clean Transition Corp. The company raised more than $640 million in cash from the merger.

It has delivered more than 600 electric-transit buses and produced more than 300 megawatt-hours of battery systems and installed 46 megawatts of charging systems. On Tuesday, it said Florida’s Miami-Dade County had agreed to buy 42 additional buses and install 75 chargers at three depots.

Automakers Embrace EVs, but What About Buyers?

Tesla Inches Near Annual Goal With Record Sales in Quarter