Producer Prices Jump 11.2% From a Year Ago, the Most on Record 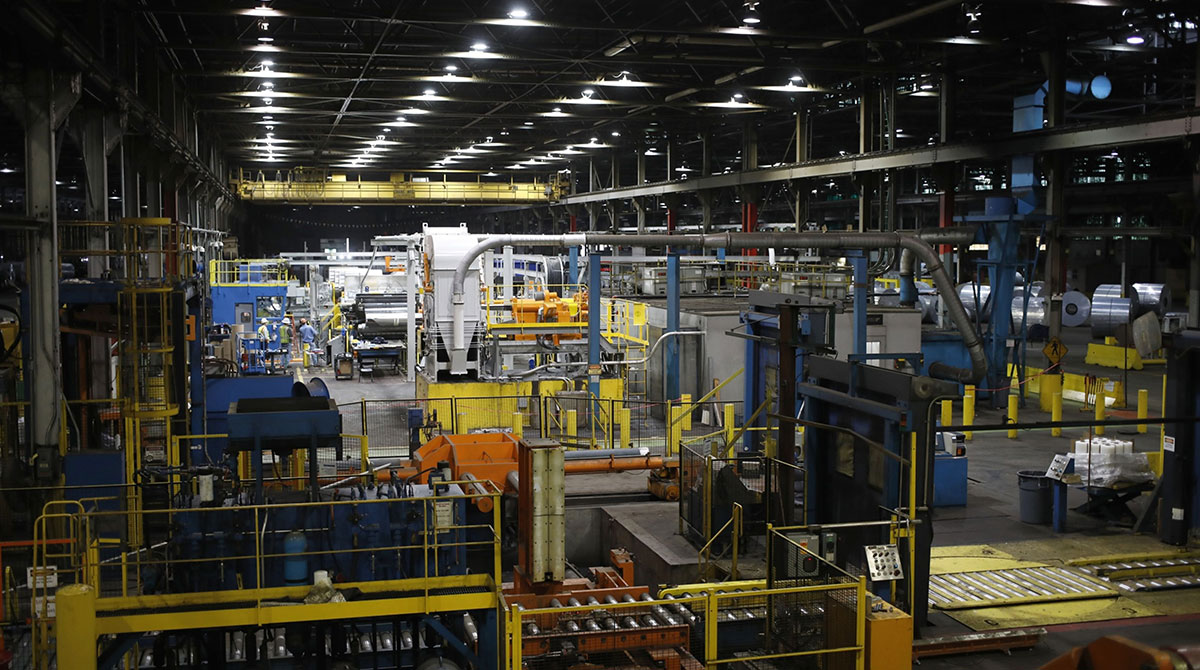 Prices paid to U.S. producers jumped in March from a year ago by the most in records back to 2010, topping all estimates and underscoring persistent early-stage inflationary pressures that risk feeding through to consumers.

The producer price index for final demand increased 11.2% from March of last year and 1.4% from the prior month, Labor Department data showed April 13. The monthly gain was broad across categories and also the largest on record.

Excluding the volatile food and energy components, the so-called core PPI increased 1% from a month earlier and was up 9.2% from a year ago. That stands in contrast to the latest consumer price report that showed a softening in the pace of core inflation.

The PPI and CPI reports reinforce pressure on the Federal Reserve to raise interest rates more aggressively. Central bankers have opened the door to a half-percentage point increase in interest rates in May. 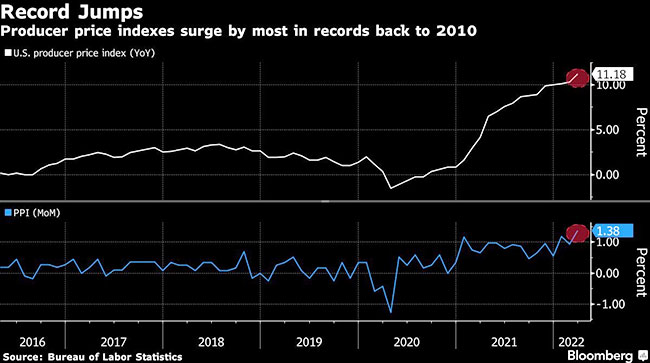 “Despite the sigh of relief from yesterday’s core CPI reading, this is concerning,” Jennifer Lee, senior economist at BMO Capital Markets, said in a note. “50 bps is starting to feel commonplace.”

The headline PPI and core figures well exceeded estimates. The median forecasts in a Bloomberg survey of economists called for a 10.6% year-over-year increase and a 1.1% monthly advance. February figures were also revised higher.

The data show an intensification of pipeline pressures during the first full month of Russia’s war in Ukraine that pushed up energy, food and metals prices. In addition, transportation bottlenecks and labor shortages are complicating matters for manufacturers and other producers trying to balance supply with steady demand.

The PPI data showed prices for transportation and warehousing services spiked a record 5.5% in March. The increase was driven by higher truck transportation of freight costs and airfares.

The risk is that the increase in input costs for producers will be passed on, at least partially, to consumers as firms try to protect margins. A separate report April 12 showed consumer prices rose in March by the most since late 1981, driven by higher food, shelter and gasoline prices.

The war in Ukraine, which started in late February, led to a spike in energy prices on fears that cutting off Russian oil and gas would limit supply. Crude oil prices have since retreated on concerns pandemic-related lockdowns in China will limit demand.

Prices of goods climbed 2.3% in March for a second month. More than half of the increase was due to a 5.7% jump in energy prices. The cost of services, meanwhile, advanced 0.9% after a 0.3% rise in February. More than 40% of the gain in services costs reflected higher margins in trade that includes wholesalers and retailers.

Producer prices excluding food, energy and trade services — which strips out the most volatile components of the index — rose 0.9% from February, the biggest gain since the start of 2021. The measure rose 7% from a year ago.

Costs of processed goods for intermediate demand, which reflect prices earlier in the production pipeline, increased 2.1% from a month earlier. More than 60% of the broad advance was due to energy, particularly jet fuel. Compared with a year earlier, the measure was up 21.7%.