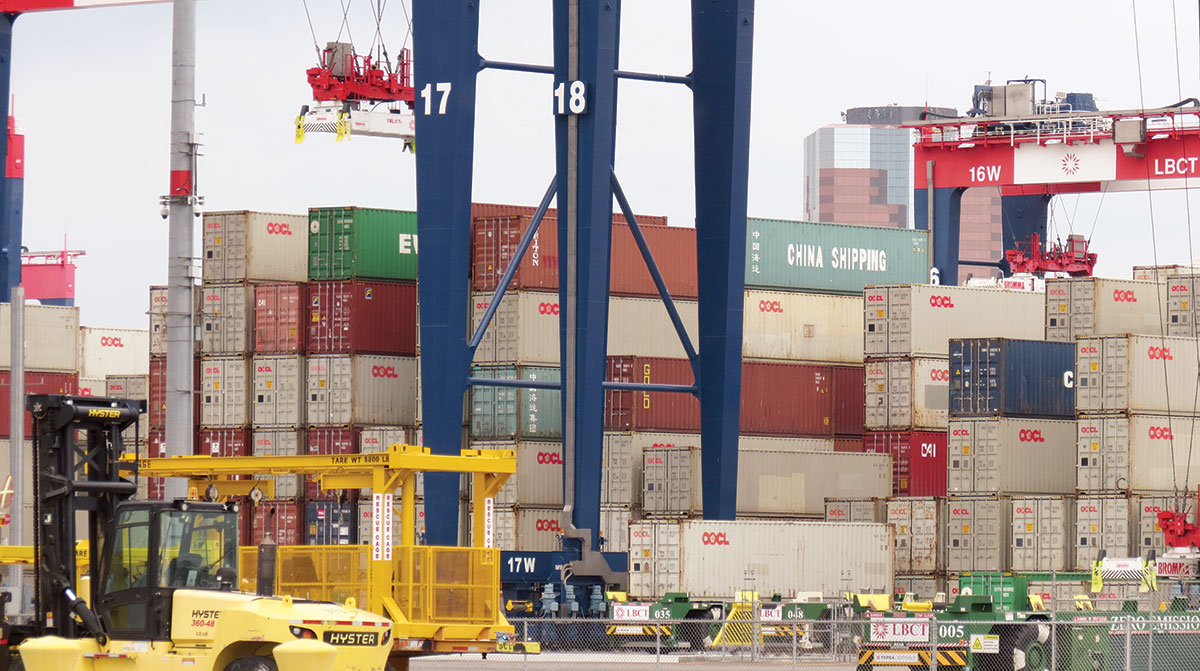 With July's numbers, the Port of Long Beach has broken container volume records in 12 of the past 13 months. (Seth Clevenger/Transport Topics)

Imported goods continued to flood into the U.S. in July as the nation’s ports produced substantial container volumes at the Pacific and Atlantic facilities.

“This remarkable, sustained import surge is pushing the supply chain to new levels,” Port of Los Angeles Executive Director Gene Seroka said. “Credit goes to our longshore workers, and terminal operators for helping the Port of Los Angeles achieve an average of more than 11,000 TEUs exchanged on each vessel call, the best in the business.”

This remarkable, sustained surge is pushing the supply chain to new levels.

Officials said that with the July numbers, Long Beach had broken monthly cargo records in 12 of the past 13 months.

“Ships arrived last month to move these empty containers out of the harbor and clear valuable terminal space as we handle historic amounts of trade,” Port of Long Beach Executive Director Mario Cordero said. “These boxes are a valuable commodity in the overstressed global supply chain.”

A lot fewer ships are waiting to enter the Port of Oakland today than compared to a couple of months ago. Thanks to all those who have been working to reduce the backlog of vessels. #maritime #logistics #oakland #shipping #PMSAship #ports #portcongestion pic.twitter.com/lRNEUfkKkD

The Port of Oakland reported a 3.5% year-over-year decline, processing 211,396 containers compared with 219,080 a year ago. Port officials said the drop-off was caused by surging shipments stacking up on docks causing delivery delays. That led some shipping lines to omit several voyages to Oakland, resulting in lower volumes.

“Vessel berths and container yards were crowded with some shipping lines bypassing Oakland,” Port of Oakland Maritime Director Bryan Brandes said. “We’re working through those issues and preparing for a busy peak season ahead.”

The Seattle facility recently announced that a training site would be constructed to provide new opportunities for longshore workers and other maritime positions. 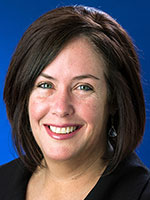 “This state-of-the-art training facility on Seattle’s central waterfront is critical to making our deep-water seaports the most efficient on the West Coast,” Port of Seattle Commissioner and NWSA managing member Stephanie Bowman said.

In the Gulf of Mexico, Port Houston saw a 26.9% year-over-year improvement in July, processing 297,621 containers compared with 234,737. In July, Panama President Laurentino Cortizo Cohen toured the facility, highlighting the importance of the connection between the Panama Canal and the Houston Ship Channel. The 2016 expansion of the canal opened new business opportunities for Port Houston as more larger ships are now stopping there.

On the Atlantic Coast, the Port of Virginia said this past July was its best on record and the second-busiest month of the year, notching a 32.6% increase by processing 293,126 containers compared with 221,028 a year ago.

“We are at the beginning of peak season, and we are anticipating a busy retail season,” CEO Stephen Edwards said. 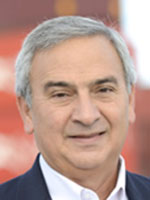 South Carolina Ports Authority reported it processed 38.3% more units in July, loading and unloading 244,821 TEUs compared with 176,974 last July. It was the highest July on record and the second-highest all-time monthly record.

“While import and export loaded containers are both growth segments, the widening disparity of imports over exports is continued evidence of the strength of the U.S. consumer,” port CEO Jim Newsome said.

Port of Savannah also reported a record for July, processing 24.7% more containers than it did a year ago as 449,916 TEUs moved through the facility compared with 360,697.

“Growing our business by 20% in a single year is an amazing accomplishment and secures Savannah’s position as the fastest-growing gateway in the nation over the past 10 years,” incoming GPA Board Chairman Joel Wooten said.

The Savannah facility continues to be one of the most aggressive on the East Coast in terms of expansion, and Executive Director Griff Lynch said the Savannah Harbor deepening and other capacity enhancements not only are preparing GPA for the present influx of cargo but also future demand.

L.A. Ports Are Slowly Chipping Away at Ship Backlog