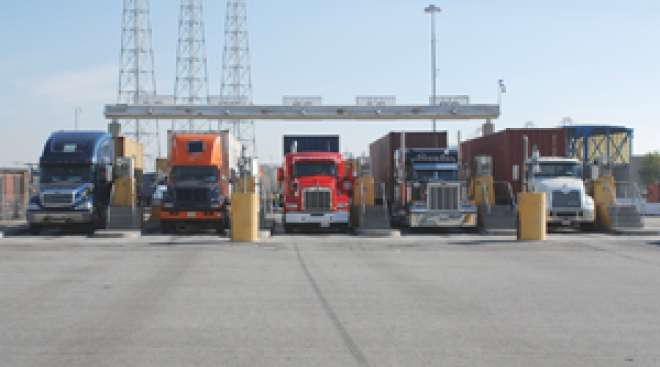 The Port of Long Beach, California, has started to study the feasibility of shipping more incoming cargo to the Inland Empire by shorthaul rail.

A train double-stacked with shipping containers could take about 750 truck trips off the highway, said Michael Christensen, the port’s senior executive lead for supply chain optimization.

If an increase in shorthaul rail happens, some of those trucks could be from Riverside and San Bernardino counties. General freight trucking employs nearly 20,000 people in the Inland Empire, according to the California Employment Development Department.

But it’s a big if. To make shorthaul work, an intermodal terminal most likely would have to be built somewhere in the Inland Empire so trucks can unload shipping containers and transport merchandise to nearby warehouses and distribution centers.

Christensen said in a phone interview the issue “seems to get studied about every decade.”

He cited a 2004 study by the Alameda Corridor Transportation Authority that looked at building terminals in places such as Victorville.

The issue, however, may have more traction this time due to the increase of cargo coming into the ports as well as concerns about air pollution.

“What’s probably different about this time is that the business climate has changed substantially,” Christensen said. “Drayage costs are up. Truck requirements are more stringent. Congestion is greater. We’re saying maybe now is the right time to look at this.”

As much as 70% of cargo coming into the twin ports of Long Beach and Los Angeles is transported by trucks, and 40% is headed for the Inland Empire, according to a news release by the Port of Long Beach.

Then it gets shipped by rail to other parts of the country or goes into local storage to serve the region’s increasing reliance on e-commerce and rapid delivery.

The Port of Long Beach is undertaking the study as part of a Supply Chain Optimization Initiative, a joint endeavor with the Port of Los Angeles.

Christensen said Long Beach has a good infrastructure for shorthaul rail, which in this case means trips within Southern California of 100 miles or less. The ports likely would be working with Class I railroads, BNSF and Union Pacific.

The challenge on the Inland end would be building rail terminals. The port’s news release suggests land near Ontario International Airport and land farther east owned by the Morongo Band of Mission Indians as possible sites.

“As you well know, that takes a while,” Christensen said. “But if we find a valid business case supporting the shorthaul rail and the ports, we will roll up our sleeves with the railroads, and the other stakeholders, and the municipalities and entities that would be entitling such facilities.”