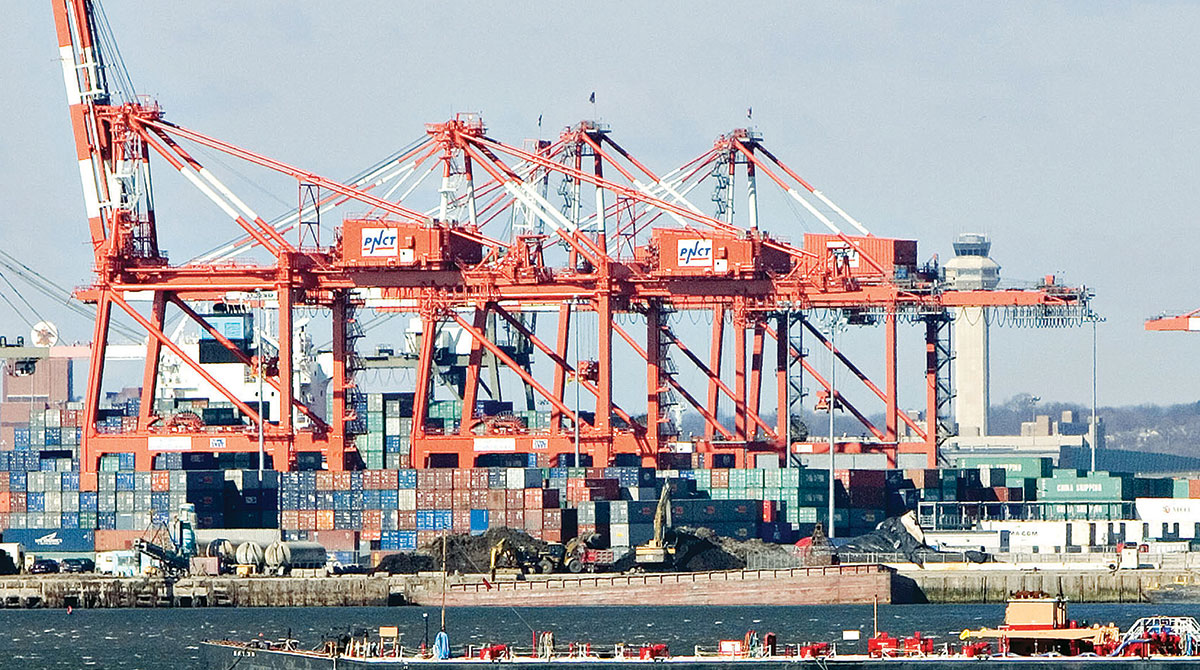 “As you know, the New York Metropolitan Region has become the epicenter of the COVID-19 pandemic,” the bipartisan coalition wrote in a May 20 letter. “Despite an unprecedented decline in revenue, the Port Authority has continued operating to get urgently needed goods and supplies into the region, and essential workers safely to where they need to be to address those most impacted by the crisis. Assistance will ensure that the Port Authority can continue operating throughout this crisis and serve more than 20 million people who live and work in the region as our nation recovers from the pandemic.”

The letter also points out that the facility is a vital contributor to the regional economy at a time when the country is battling through an economic downturn.

Port Authority Letter to Leadership by Transport Topics on Scribd

“The Port Authority also employs 8,000 workers directly, and its facilities support 1 million regional jobs,” the members wrote. “These jobs are essential to the economic recovery of our region.”

The request from lawmakers follows a May 13 letter sent to Congress by the Port Authority’s leadership in which a similar plea for assistance was made.

“The Port Authority is critical to the economy of a region that includes 20 million people and produces 15% of the national GDP,” Port Authority Chairman Kevin O’Toole and Executive Director Richard Cotton said in that letter. “Throughout the coronavirus crisis, the Port Authority has kept all of our facilities operating. To get necessary food, fuel and medical supplies into the region — and to get essential workers safely to their jobs and back home.”

Over Memorial Day weekend, Senate Majority Leader Mitch McConnell (R-Ky.) said there would “likely” be a fifth coronavirus relief bill “in the next month or so,” but suggested it would not mirror the latest package approved by the Democrat-controlled House.

“I think there’s likely to be another bill,” he said during an event in his hometown of Louisville.

“It will not be the $3 trillion bill the House passed the other day, but there’s still the likelihood that more will be needed.”

In addition to the busiest harbor facility on the Eastern Seaboard, the Port Authority also operates three major airports — Newark Liberty, LaGuardia and JFK — as well as the PATH commuter rail line and numerous bridges and tunnels in the two states.

In its most recent monthly report, the Port Authority stated that volume of twenty-foot-containers declined 4.1% in March to 560,830, compared with 585,098 in the same month ago in 2019. In addition, it said passenger traffic at the three airports is down 97% year-over-year, while PATH commuter rail traffic has fallen 95% and bridge and tunnel traffic dipped by 50%.

The Port Authority leaders in the May 13 letter said the drop in revenue is having a staggering impact on its budget.

“This collapse in traveler volume is producing enormous revenue declines,” they said. “Current estimates show the Port Authority will have a reduction in revenue of approximately $3 billion due to the coronavirus crisis over the next 24 months.”

O’Toole and Cotton also stated their agency is cutting day-to-day spending and managing expenses, even as they and the private sector plan to invest as much as $20 billion over the next five years on major capital improvement projects which are expected to create more than 100,000 local jobs.

“Congress should provide the Port Authority with direct financial assistance — to soften the agency’s very large revenue losses so as to protect the agency’s capital plan — and by doing so, to secure the region’s recovery,” they added. The letter also emphasized the Port Authority does not rely on taxpayer money from state and local governments — its primary source of income comes from user fees and payments from business partners.

“It is these revenues that have so dramatically dried up,” the leaders said.