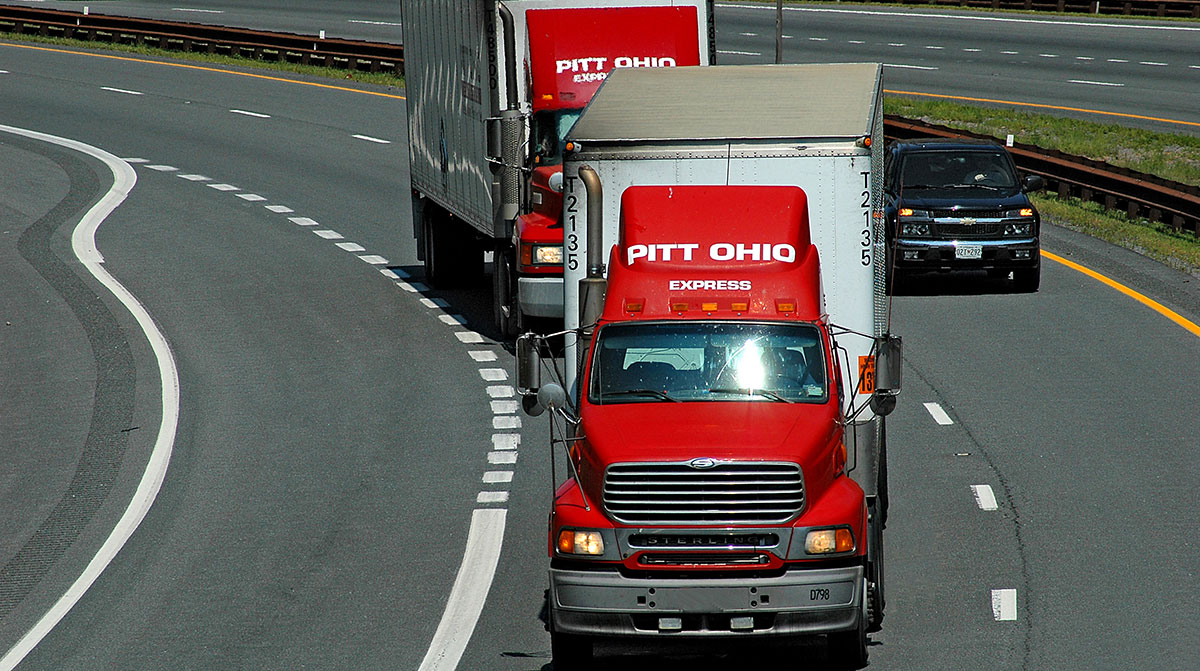 Pitt Ohio now is able to transport freight within a day to and from its new New York terminals in Albany, Buffalo, Utica and Watertown. (Tom Biery/Trans Pix)

Pitt Ohio has added 32 next-day lanes in an effort to improve transit times on the East Coast, the company announced Jan. 23.

The Pittsburgh-based less-than-truckload carrier said the new lanes have improved transit times to New York state from the Mid-Atlantic. It now is able to transport freight within a day to and from their new terminals in Albany, Buffalo, Utica and Watertown.

“Expansions such as this one to New York are a result of listening to our customers’ needs and responding with service and solutions they require,” said Geoff Muessig, executive vice president and chief marketing officer. “When we expanded into the entire state of New York back in August with direct service, our first objective was to hire drivers and staff to help us improve service standards.”

Pitt Ohio announced the expansion into New York in August. That included offering direct service with the new terminals.

“In addition to this improved service standard, shippers to and from New York can expect reliable LTL service and a wide range of solutions for the logistics challenges they are facing,” Muessig said.