Pelosi Says Stimulus May Have to Include Airlines, Restaurants 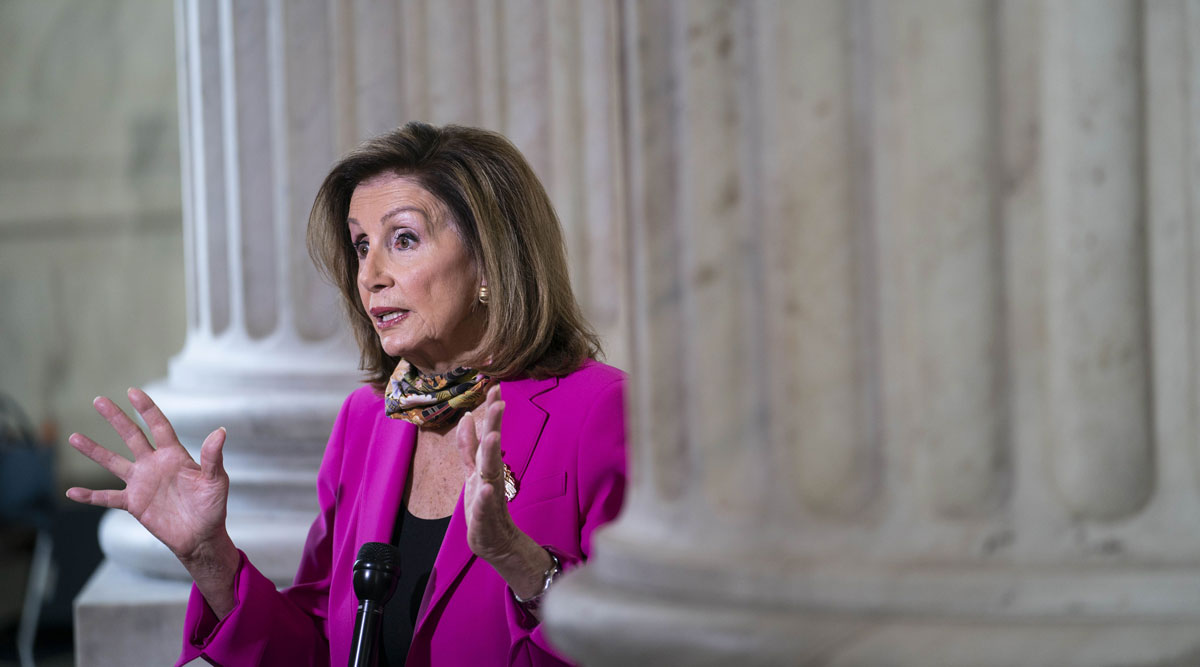 Nancy Pelosi said airline and restaurant aid may be needed in the next stimulus bill. (Sarah Silbilger/Bloomberg News)

House Speaker Nancy Pelosi said she’s willing to negotiate on some Democratic priorities for a stimulus package to include aid for industries such as airlines and restaurants that are continuing to struggle amid the coronavirus pandemic.

Pelosi said in a Bloomberg Television interview Sept. 18 that she’s not backing away from the $2.2 trillion package that she and Senate Democratic leader Chuck Schumer proposed before negotiations with the White House broke off last month.

But since the House passed its stimulus bill in May, “other issues have emerged” as the virus has continued to disrupt lives and businesses, and those need to be addressed in any new plan, Pelosi said.

She gave no specifics about how much aid should go to airlines and other businesses, like restaurants, or what priorities might have to be dropped or scaled back as a trade-off.

Republicans have rejected the $2.2 trillion Democratic plan, but President Donald Trump has signaled that he could support a bigger stimulus package than the $1.1 trillion proposal his administration previously backed.

”It will get done when they come to the table,” Pelosi said of Republicans. “The ball is in their court.”

White House Chief of Staff Mark Meadows said Sept. 17 that Trump would support providing more financial aid for airlines, which have warned that they plan mass reductions after an existing federal prohibition on job cuts expires at the close of business Sept. 30. Meadows said the industry needs $25 billion.

Extending payroll assistance for airlines has bipartisan support as a way to avert politically treacherous layoffs a month before the U.S. election, but so far there’s been no agreement as to how. Pelosi has resisted peeling off separate aid legislation and favors a single, comprehensive package.

Many Americans abandoned air travel amid the coronavirus pandemic. U.S. airport security portals screened only 30% of the number of airline passengers in the past seven days compared to the total a year ago, according to the Transportation Security Administration.

Pelosi also said the standoff on the stimulus won’t interfere with passage of a stopgap funding bill to keep the government operating after the end of the fiscal year Sept. 30. She said the House was getting ready to release legislation Sept. 18, giving both chambers of Congress enough time to act before the deadline.

She said the two parties are still negotiating the duration of the stopgap funding, which is needed because work still isn’t completed on full funding legislation.

Schumer Asks Biden to Push for More Than $1.3 Trillion Stimulus