Parts Makers Must Change With Times as Autonomous Tech Evolves 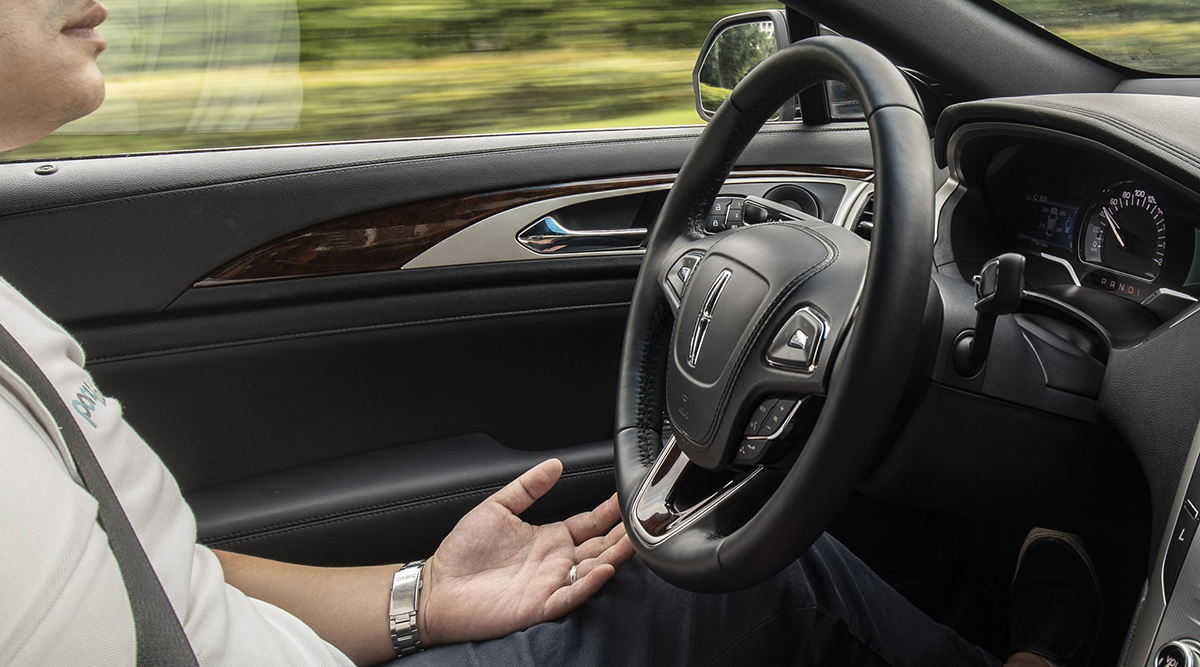 An employee sits behind the steering wheel of a Pony.ai Inc. autonomous vehicle as it travels along a road during a demonstration in the Nansha district of Guangzhou, Guangdong Province, China, on April 10, 2019. (Qilai Shen/Bloomberg News)

The car industry is reinventing the wheel to prepare for autonomous vehicles.

Japan’s Sumitomo Rubber Industries Ltd., whose roots date to when Henry Ford was building his Model T, is developing a “smart tire” that can monitor its own air pressure and temperature and eventually respond by itself to changes in road conditions.

Yet more than just tires are being changed. Koito Manufacturing Co., AGC Inc. and Lear Corp. are putting semiconductors and sensors inside headlights, glass and seats to make them as intelligent as the cars driving themselves.

Alphabet Inc.’s Waymo, Intel Corp.’s Mobileye NV and Baidu Inc. dominate the core technology for autonomous driving, yet suppliers still count on finding their own space in the business. Parts for advanced driver-assistance systems and autonomous driving are expected to become a $57 billion market within a decade, according to BIS Research, and old school companies born during the early days of the automobile know they must either adapt or risk extinction.

“Autonomous driving is a challenge for carmakers, but it’s a bigger challenge for conventional parts makers,” said Zhou Lei, a partner at Deloitte Tohmatsu Consulting in Tokyo. “They are striving to become the ‘five senses’ of the vehicle so they can remain relevant.”

Carmakers have disclosed more than $14 billion in investments in autonomy and mobility companies since 2010, according to data compiled by Bloomberg. Toyota Motor Corp. tops that list at about $3 billion.

Though the deployment of highly autonomous commercial fleets isn’t expected to begin until at least 2022, the looming threat is that the increasingly sophisticated designs of those cars will render some ordinary parts — and their suppliers — unnecessary.

For example, why would a self-driving vehicle that uses cameras, lasers and sensors to get around need headlights or mirrors?

The response from century-old Koito Manufacturing is to reinvent the headlight. The Tokyo-based company, which traces its roots to making lenses for railway signal lamps in 1912, is adding sensors and artificial-intelligence chips to lamps it plans to introduce by about 2025.

Positioned on the four edges of the vehicle, the lamps will be able to process information and react, such as by illuminating poorly lit crossings, signaling pedestrians that it is safe to cross and raising an alarm to surrounding drivers by flashing a specific color.

The company’s current customers include Toyota, Volkswagen AG and General Motors Co., according to data compiled by Bloomberg News.

“Autonomous driving will change the role of lamps,” said Yuji Yokoya, who recently retired as executive vice president of the Tokyo-based company. “We see them not just as lamps, but more as corner modules.”

Tokyo-based automotive glass-maker AGC is reimagining that product and making it part of a vehicle’s communication system. 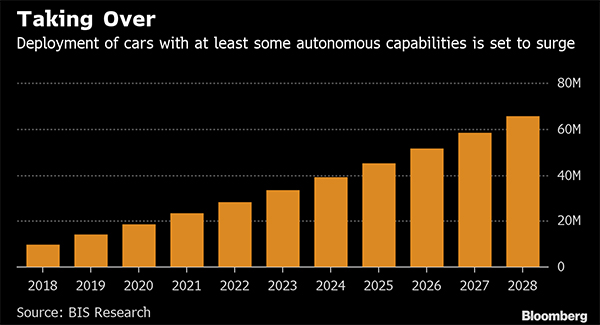 The company, founded in 1907 as Asahi Glass Co. Ltd., is designing windows with built-in antennas for 5G wireless connections, allowing cars to send and receive signals with other vehicles and infrastructure. AGC’s customers include Toyota, Tesla Inc. and Sony Corp., according to data compiled by Bloomberg.

An overarching challenge is to convince carmakers that the smarter — and more expensive — components make economic sense. Not all parts manufacturers need a radical transformation to keep up with autonomous and electric vehicles since they gradually have been evolving as the industry takes shape, said Deepesh Rathore, an independent automobile analyst based in Bengaluru.

“A car is a car, and the shape of the tire doesn’t change,” Rathore said. “I can imagine some of those companies having to reinvent everything — especially those working with engines and gearbox technologies.”

Even components that aren’t facing an immediate existential threat are evolving. Sumitomo Rubber is researching tires that can transmit data about road conditions to the car as well as to other vehicles.

The next step will be a tire that automatically adapts to road conditions. When the tire detects water, it will change the structure of its surface into one that is optimal for wet roads, said Kozaburo Nakaseko, an official in the research and development division of Sumitomo.

“Tires need to become smarter,” Nakaseko said. “We cannot move into an autonomous car society without information about the roads we drive on.”

The innovations aren’t just limited to Japan. In the United States, Lear Corp. is equipping its car seats with biometric sensors to detect stress, drowsiness and changes in heart rate, and then activate treatments in response. The seats also can transmit data to a doctor or family member if necessary, the company said.

Other functions include controls that let users create individual “microclimates” where they are sitting, and noise-canceling features in the headrests, the Southfield, Mich.-based company said.

“All the mechanical stuff will just slowly go away, and there is a lot of electronics coming in instead,” said Egil Juliussen, principal auto analyst with IHS Markit. “You have to change in order to survive.”

With assistance from Mei Futonaka, Anurag Kotoky and Indranil Ghosh.