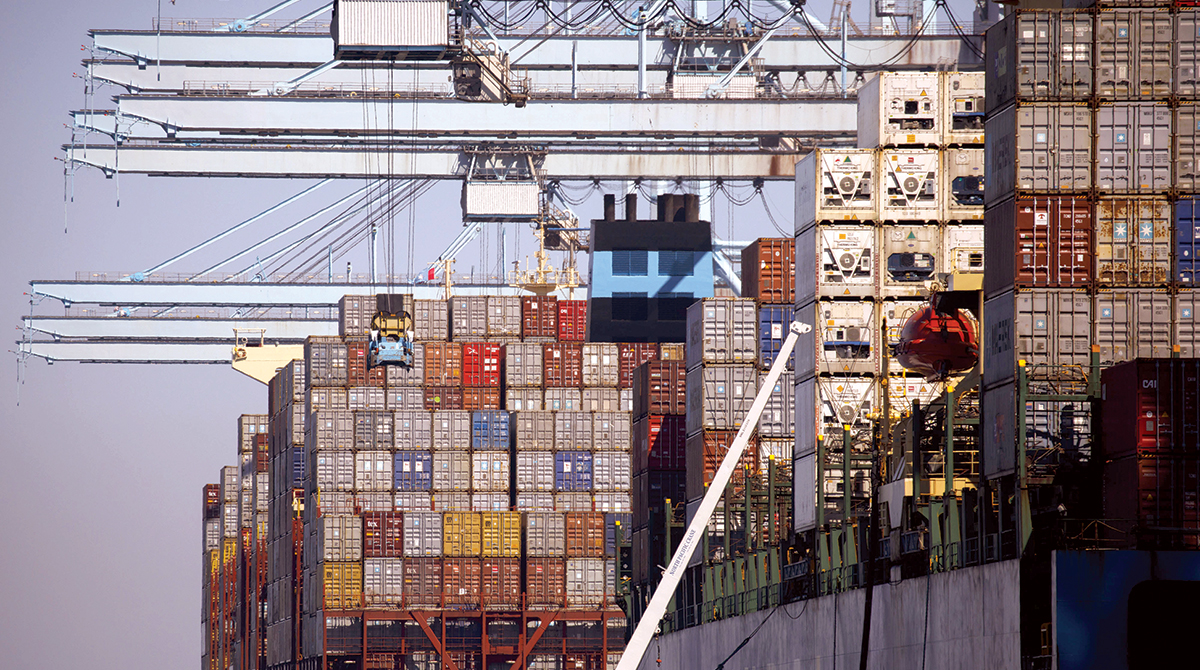 The pandemic-driven shopping spree is having at least one unintended consequence: Emissions from shipping are on the rise again.

Bored at home, consumers ordered everything from washing machines to Peloton exercise bikes, fueling a global trade in goods and boosting demand for ships to deliver them. With so many orders on the books, the container fleet is speeding up at sea, burning more fuel, according to Cargill Inc., the world’s top agriculture trader.

The increase in shipping emissions comes just as the world faces a natural gas shortage that is forcing is electricity producers around the world to use more coal and even fuel oil. It also is at odds with prior forecasts, with the International Maritime Organization previously saying it expected “significantly lower” emissions from the sector last year and this.

“Global trade is growing and that means emissions will come up from transport,” Jan Dieleman, head of Cargill’s ocean transportation business, said earlier this month. “Container fleet is speeding up, so emissions from that sector are going to be up, not down.”

The boom is important in the battle against climate change because the shipping industry at large releases more carbon into the atmosphere than France and the U.K. combined. It has pledged to cut greenhouse gas emissions in half by 2050.

Cargill’s views carry weight in the maritime industry because the company is a huge source of vessel demand. At any one time, the firm hires in more than 600 vessels, and, like many big rivals, it monitors emissions and fuel consumption carefully.

Global trade is expanding rapidly and unevenly, causing disruptions to container freight trade. While China’s economy is fully back, several ports in the West are facing congestion due to COVID-induced worker shortages. That is delaying the loading and unloading of containers, creating a shortage and forcing some companies to resort to shipping in bulk products they normally would stuff into containers, Dieleman said.

Shipping “activity is back to the heydays,” and the market for carrying commodities including soybeans and coal is set to stay strong for the next three to six months, Dieleman said, adding that soaring energy prices will boost the coal trade in the coming winter months at least as China lifts imports.

Still, emissions probably won’t return to the record levels seen in 2008 as the industry has invested in fuel-saving technology and supply chains have become more efficient, according to Dieleman. Another challenge is that IMO can only rule what happens at sea, while most countries and companies are counting the whole life cycle of emissions.

IMO’s current target is to cut pollution by at least 50% by 2050, and it is in discussions about how to achieve that. Proposals include a tax on CO2 and a $5 billion research and development fund. Earlier this year, IMO essentially agreed to formally restart so-called talks on so-called market-based measures, which could be similar to a carbon market.

Progress is slow partly because IMO operates at the global level and so must balance competing interests from countries all over the world. By contrast, the EU — a regional authority — recently has set out plans to expand its Emissions Trading Scheme to shipping.

“To some extent, it would be great if it’s all regulated globally, but I think the issue you’re going to have is that it’s not going to go fast enough,” Dieleman said. “It’s going to be probably the lowest denominator. And why would you not let certain jurisdictions go more aggressive?”

The shipping industry needs to set a standard for emissions if it is to attract new investments. While market dynamics could shift from a boost in dry freight to a recovery in tankers in the medium term as the world emerges from the pandemic, and people shift from buying things to enjoying experiences such as traveling, long term there aren’t enough ships being ordered.

“If you are a ship owner and you want to add capacity, what are you going to buy? What technology are you going to buy? Who is going to finance you and under what kind of conditions? So we’ve seen very little ordering in the dry bulk,” he said. “If you take a little bit of growth in global trade going forward and the number of ships coming to the water, you have a pretty constructive picture.”

— With assistance from Jack Wittels.