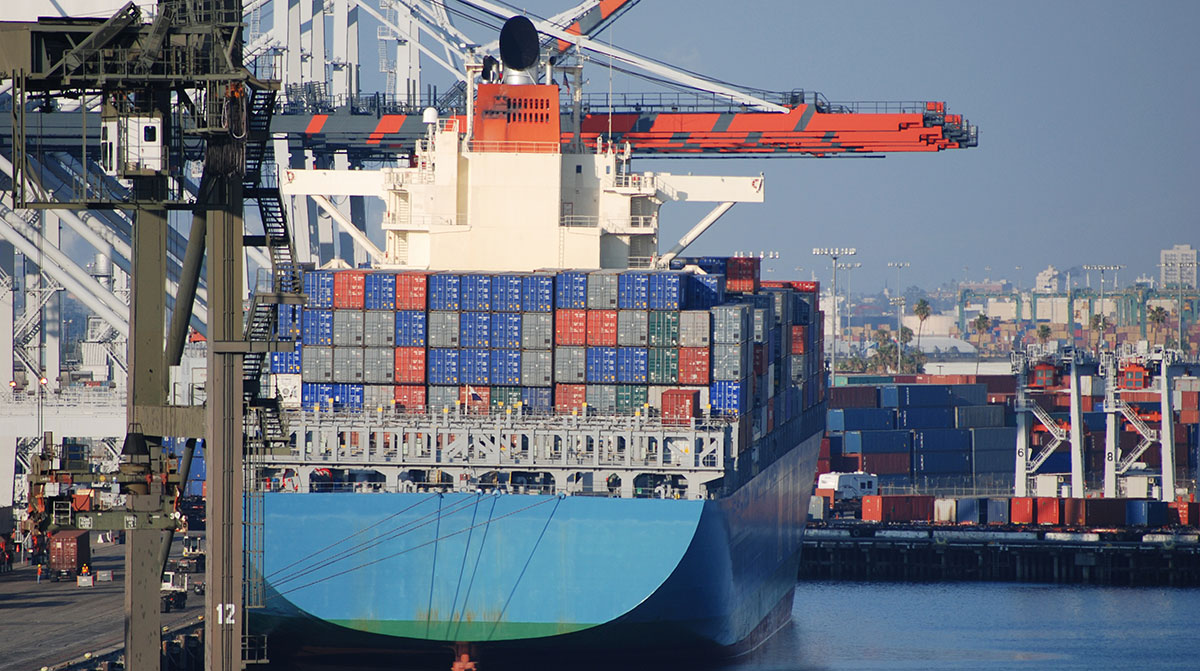 As volumes continue to surge at the nation’s ports on the coasts of the Pacific, Atlantic and Gulf of Mexico, two of the nation’s biggest facilities — Los Angeles and Long Beach — are taking the first steps to expand their hours of operations to 24/7 to keep up with the backlog of freight.

The adjacent facilities also are calling on marine terminal operators to put incentives in place so the additional hours are fully utilized, especially at night or on weekends, to limit congestion and increase overall capacity. Both facilities said they will work closely with the trucking industry to ensure operators understand how to take advantage of incentivized gate hours as well as the expanded opportunities that will be created to move cargo during nonpeak times.

“I thank directors [Mario] Cordero and [Gene] Seroka for their leadership and all of the men and women who have helped meet the challenge of moving extraordinary cargo volumes during a global pandemic,” said John Porcari, ports envoy to the Biden administration’s Task Force on Supply Chain Disruptions. “I look forward to continuing to work with all stakeholders to strengthen the resiliency of our transportation supply chain.”

Transportation economist Paul Bingham with IHS Markit told Transport Topics the port’s intention to expand operations is encouraging, but much more needs to be done to relieve congestion at Los Angeles and Long Beach.

“It’s not clear how operationally they’re going to do it,” he said. “They’re going to expand the terminal gate hours and provide incentives and disincentives to get shippers’ dray truckers to use them. It is an incremental improvement in the operations of the ports.”

In an effort to ease the historic cargo surge in the San Pedro Bay, Total Terminals International container terminal at the Port of Long Beach has begun a new pilot program offering 24-hour cargo pick up.

Read more about the program on our website: https://t.co/uaQ3Bt6mBh pic.twitter.com/ezblOrFReF

“In order to stay on top of this cargo, ports will need to adapt,” Cordero said. “We will need to find the long-term solutions that will satisfy consumer demand, increase efficiency at the ports and reduce costs for our customers.”

The Port of Oakland reported a 5.8% decline in cargo, processing 220,052 TEUs compared with 225,489 a year ago. However, the port nearly matched last year’s container figure while processing 40% fewer ships — 68 in August compared with 113 a year ago. Port officials said fewer ships were diverted to Oakland last month, but those that did dock contained more cargo.

The Northwest Seaport Alliance which runs facilities in Hawaii, Alaska, Seattle and Tacoma, Wash., notched a 10.7% increase, processing 305,071 containers in August compared with 276,407 a year ago.

In August, the NWSA handled 305,071 TEUs, an increase of 10.4% compared to August 2020. See the full statistics at: https://t.co/pfwIS8HTwN#cargovolumes #increasing #ports #pnw pic.twitter.com/FdqJN4Qmg9

On the Gulf of Mexico, Port Houston notched a 28.7% year-over-year increase in August, processing a port record 320,086 containers, compared with 248,630, making August the sixth consecutive month of double-digit increases.

“We expect elevated levels in the supply chain to continue well into 2022 and will continue to explore opportunities including accelerating an already aggressive capital investment strategy for our terminals to stay in front of the demand,” port Executive Director Roger Guenther said in a statement.

Port of Virginia also set a monthly record for August, processing 24% more containers or 307,023 TEUs compared with 247,349 in 2020. It also marked the second-highest total for any month in the port’s history.

In August we handled 307,023 TEUs, a 24% increase vs. August 2020. Last month was the busiest August on record, and our second most productive month ever.
To read the full volumes release, click the link in our bio.#maritime #logistics #cargo #volumes #sustainability #shipping pic.twitter.com/bzE9u0K7iS

“Our August volume would have been even stronger, but there were some disruptions in the vessel schedule that are pushing some ship calls into September,” CEO Stephen Edwards said. “We are nearing the height of peak season and do not anticipate a let-up before year’s end.”

South Carolina Ports Authority, which runs the ports of Charleston and Georgetown as well as inland ports in Greer and Dillon, processed 12.4% more containers in August compared with a year ago, moving 234,688 TEUs versus 208,837.

“S.C. Ports planned well for this growth by investing more than $2 billion in port infrastructure in recent years to handle rising cargo volumes and retail imports,” CEO Jim Newsome said. “Phase One of Leatherman Terminal adds 700,000 TEUs of capacity and an additional berth to the East Coast port market, and the three-berth Wando Welch Terminal works mega containerships every day.”

The Port Authority of New York and New Jersey, the Port of Savannah, Ga., and the Port of Baltimore did not have container data available at press time.