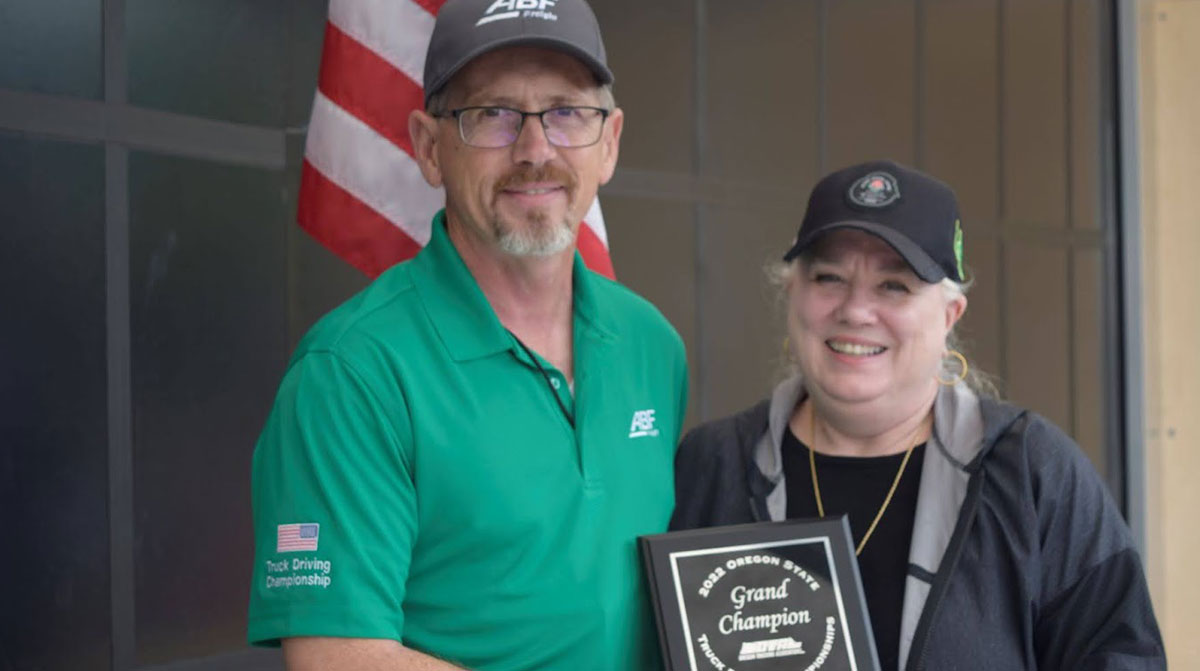 The win, which he recalled kept him “on cloud nine” for most of that year, paved the way for other accolades. Among them: a spot as an America’s Road Team Captain in 2017.

This year, the driver with ABF Freight, who until recently was competing in Idaho’s trucking tournaments, took home the top prize at Oregon’s safety championship.

The victory qualified him for the upcoming National Truck Driving Championships, scheduled for Aug. 16-19 in Indianapolis.

In what will be his sixth trip to the big show, Melody said he is ready to again test his skills and challenge other qualifiers from around the country in the 3-axle. The nationals are back after a two-year hiatus due to COVID-19. And Melody would like you to know, so is he.

“I know there are people who study a lot harder and spend a lot more time at it. But I don’t know, I guess I’m a little bit blessed,” Melody said, alongside wife Renee. “I’m pretty good at what I do, and I just, you know, try to use that.”

Repetition is what anchors most of Melody’s preparation. Muscle-memory reinforcement and a commitment to learning-by-doing often drives his NTDC training. In other words, he emphasized: “Focus on doing what I do every day.”

I’m pretty good at what I do, and I just, you know, try to use that.

At nationals, he has learned to devote careful attention to the event’s three challenges: the written exam, the pre-trip vehicle inspection and the driving course. (Melody has recorded a perfect score on the written exam at nationals.) The exam is based on the Facts for Drivers rulebook.

Freeing the mind from distractions also is key for competing at the national level. Thinking of the hundreds, sometimes thousands, of people watching his every move on the national stage can be unhelpful. Melody said he learned to focus on each moment during competition.

“When I’ve competed, there’s no audience. I’m so focused on the course. It’s just me and the truck and what I’m trying to avoid or hit,” he explained. “Where I’m comfortable is in that truck. When you’re doing 100,000 miles a year, that’s where most of your time is.”

This year’s 3-axle field at NTDC includes many competitors with long safety records and awards collected from various state and national competitions. Melody, aware of his peers’ talents, said he embraces their contributions to NTDC.

“You really get to know people because you meet them and you’re competing against them. It’s just a group thing. And then, of course you want to win, but when you don’t, it’s always nice to see your friends win.

“You get to meet other people from other companies and learn how they’re doing things and keep in touch with them. It really does become a big family, and it’s good for the industry because you can learn something from somebody else; the way they’re doing something that may help you improve.”