With all of the changes in engine technology, telematics and state and federal regulations, having a fleet-management program that keeps up can be critical for successful fleet management. Now, add another factor to the equation — the electronic logging device mandate set to take effect at the end of this year and continuing through the first three months of 2018. (The ELD mandate takes effect Dec. 18 but enforcement agencies anticipate it will take about three months for the new regulations to be fully implemented.) While most of our customers already utilize ELDs in their operations, the overall impact to the industry is what now comes into play over the next several months. 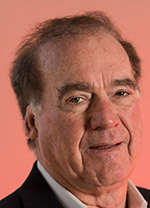 A well-documented driver shortage already exists in our industry. American Trucking Associations predicts that shortage to be at 89,000 drivers per year over the next 10 years. Now, factor in the impact of ELDs. The fallout is certain to occur with some owner-operators and small motor carriers hanging up their keys. This escalates the driver shortage.

While fewer drivers will be a reality, so too will fewer miles logged. And don’t forget the ever-increasing problem of traffic congestion. It all adds to the crux of the problem for trucking: You’re not making money if your trucks aren’t moving. Drivers aren’t either.

As a result, you’re both looking at a pay cut unless new efficiencies (less detention time from shippers, for example) come to the forefront to offset lost miles. And with a driver shortage, drivers can’t afford the legacy “pay-by-mile” system if they’re running fewer clicks.

So, the question begs: how do fleets — and therefore drivers — increase revenue?

One trend we’ve seen over the past several years is “activity-based pay,” especially with dedicated carriers (for-hire is slowly catching on). Last year alone, we saw the number of customers implementing this method double, and we expect that to only increase until it’s the norm, not the exception. It’s the fairest way to get paid, and the fairest way to pay drivers. Plus, California now requires fleets to pay their drivers for breaks (depending on the number of hours worked) and to pay a specific hourly rate for any undocumented time.

What exactly is activity-based pay? Activity-based pay compensates drivers for required tasks other than driving, such as waiting to be loaded, loading or unloading trailers, washing trucks, or documenting their deliveries, to name a few. By using fleet management systems that can identify and track this pay structure, carriers can measure their drivers’ activities and compensate drivers at a level that’s fair to them and to shippers.

As one example of activity-based pay, we have a customer whose regional operation delivers up to 200 different types of product from its production facilities and can track the date, time and location of deliveries using GPS data from its trucks’ ELDs. The fleet then uses that information to determine different pay rates or segments based on factors such as the distances its drivers traveled or the time of deliveries and whether drivers were detained.

The company accomplished this by utilizing geo-fencing at mills, allowing it to break out pay per-mile on longer trips for example, or assign a flat load rate. Plus, the company assigns a pay structure for loading, including a self-load fee at the mill.

By tracking the time and date a shipment leaves, the company’s fleet-management system can also assign a higher hourly rate or multiplier for shipments that leave after midnight on a Friday or on a holiday. So, by working on weekends and holidays, drivers can earn more. Creative, effective and the drivers love it. They feel they’re earning their money, and that they’re being paid for their work accurately.

As another example of activity-based pay, another customer breaks out pay when drivers must deliver to multiple locations instead of just one, otherwise known as “peddle miles.” As a result of tracking these peddle miles, drivers whose runs are under 30 miles can see upwards of 20% higher pay-per-mile compensation rates then if they made fewer deliveries on longer runs.

A one-size-fits-all pay structure just doesn’t cut it anymore. Through experience, we’ve found that fleets can reduce their driver turnover rate by as much as 20% by implementing well-defined pay options.

With the increasing need for just-in-time parts deliveries at assembly plants and the rise of online shopping, which includes free one-day or two-day shipping, major shippers find themselves under pressure to fulfill orders and complete shipments. That’s another reason carriers need to examine adopting activity-based pay options so they know how long drivers must wait to get loaded or unloaded at distribution centers. And then work with shippers to bill for that time accordingly.

If they don’t, carriers can leave a fair amount of potential revenue from detention pay on the table and risk losing their best drivers.

Jerry Robertson is the chief technology officer and co-founder of BOLT System, a Nashville, Tenn.-based provider of cloud-based fleet-management software. Before founding BOLT with his wife, Robertson served as vice president at business services software giant Oracle and as a CEO of a supply chain management software producer.