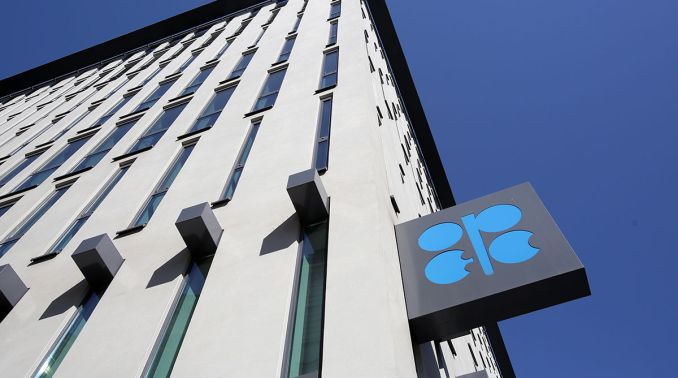 OPEC’s first oil market outlook for 2023 suggests no relief for squeezed consumers, with more crude needed from the group even though most members are already pumping flat out.

The Organization of Petroleum Exporting Countries expects global oil demand growth to exceed the increase in supplies by 1 million barrels a day next year. To fill the gap, OPEC would need to significantly hike production, but members are already falling far behind the volumes needed right now due to underinvestment and political instability.

Crude prices are holding above $100 a barrel as the world’s oil fields and refining facilities fail to keep pace with the post-pandemic rebound in fuel demand. That’s exacerbating a cost-of-living crisis and threatening to tip the global economy into recession.

President Joe Biden is urging Middle East producers to ease the crisis by opening the taps. He will visit the region this week with a planned stop in OPEC leader Saudi Arabia, but many analysts expect Gulf exporters to ration their remaining spare production capacity carefully.

National security adviser Jake Sullivan told reporters July 11 that the U.S. believes OPEC has scope to raise production, though it’s ultimately up to member countries to determine what steps to take.

If Biden does persuade Riyadh and the neighboring United Arab Emirates to provide some extra supply, the move will likely be formalized at the next meeting of OPEC and its partners on Aug. 3, according to RBC Capital Markets.

The report published by OPEC’s Vienna-based research department on July 12 indicates the supply crunch will persist.

Global demand will expand by 2.7 million barrels a day next year, bolstered by growth in emerging economies, while supplies outside OPEC will increase by 1.7 million a day, according to the cartel’s analysis. Gasoline and diesel fuel will drive the growth in consumption.

To balance supply and demand, OPEC would need to provide an average of 30.1 million barrels a day in 2023. That’s 1.38 million a day more than the cartel’s 13 nations pumped in June.

OPEC has been reviving production halted during the pandemic, with a final tranche scheduled for next month. Yet the group is pumping well below its collective target because nations such as Angola and Nigeria have seen their capacity eroded by insufficient investment and operational problems. Troubled member Libya has suffered a collapse in its production amid renewed political unrest.

Because of this supply shortfall, fuel inventories in industrialized nations are shrinking rapidly, dropping to 312 million barrels below the five-year average in May.

OPEC’s assessment of 2023 fits in with the prevailing view across the petroleum industry, with the Paris-based International Energy Agency, which represents consuming nations, also predicting that supplies will remain under strain.

OPEC Sticks to Modest Boost in Oil Despite War Jitters