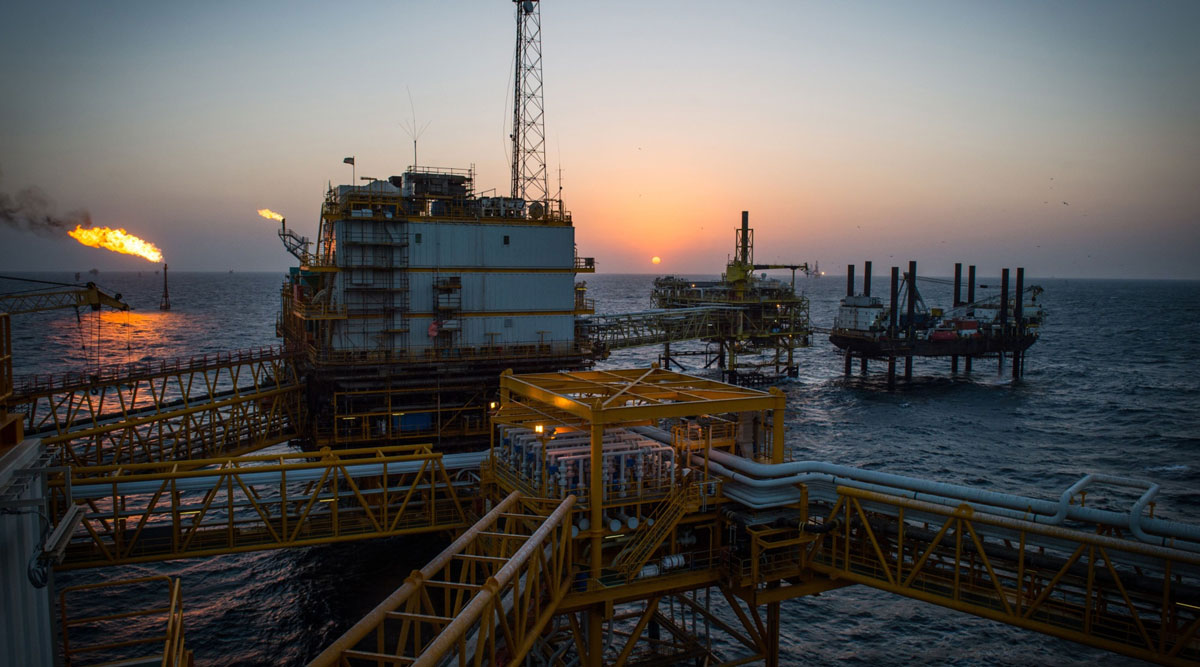 OPEC expects demand for its crude oil to rebound sharply next year, surpassing levels seen before the coronavirus crisis, as rival producers struggle to revive output.

OPEC forecasts the need for its crude will surge by 25% in 2021 to average 29.8 million barrels a day, higher than the level required in 2019, according to a monthly report.

While the increase is partly driven by a recovery in global oil demand as economic growth resumes, an even bigger factor is the misfortune of OPEC’s competitors. After slumping 7.4% this year, the U.S. will see only limited production growth in 2021, the report showed. 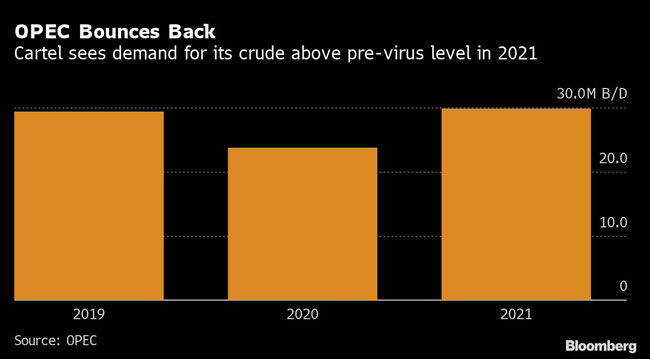 In the meantime, OPEC and its allies are cutting production to clear the glut left behind by the COVID-19 crisis and prop up prices. The cartel said it implemented more than 100% of the cutbacks pledged in June. It slashed output by a further 1.89 million barrels a day to 22.27 million barrels a day, as Saudi Arabia followed through on promises of extra cutbacks, and other members stepped up their compliance with pledged reductions. Supply restraint has helped prices more than double from the lows hit in late April, to current levels of about $42 a barrel in London.

The OPEC+ alliance, which includes nonmembers such as Russia, is expected to announce at a meeting on July 15 that it will phase out some of the curbs next month. Under the terms of its agreement, the cuts taper from 9.6 million barrels a day currently — roughly 10% of global supply — to 7.7 million a day in August.

World oil demand will rebound by 7 million barrels a day, or 7.7%, next year to average 97.72 million a day, OPEC said in its first detailed assessment of the market in 2021. Still, even that is below the levels seen last year or in 2018, and the growth hinges on the containment of the coronavirus and a recovery in the hospitality and travel sectors.

The organization lifted estimates for demand in 2020 very slightly, by 100,000 barrels a day, projecting that consumption remains on track for a record annual slump of 8.95 million barrels a day.

Non-OPEC supply is set to plunge by a massive 3.26 million barrels a day in 2020, and will rise by only 920,000 barrels a day the following year. It could represent a period of breathing space for an organization that saw its market share eroded for much of the last decade by American shale drillers.

OPEC’s estimates form a more optimistic outlook for the cartel than that published last week by the International Energy Agency, the Paris-based institution that advises consuming nations. The IEA predicted that demand for OPEC crude, while set to recover sharply, will remain slightly below 2019 levels next year.